Why is the Peacock India’s National Bird?

This ‘dancing’ is part of their natural courtship ritual.

In 1963, India declared the peacock as its official national bird. But what exactly is the peacock’s place in Indian culture?

Thanks to the Indian Wildlife Act in 1972, peacocks are a common sight in India.

There are over 100,000 of them across the nation. They can be found in parks, urban gardens, dense forests and dedicated peacock sanctuaries across the country.

The majestic creature has been part of India’s landscape for more than 2,000 years.

Throughout time, it has adorned Hindu scripture, captured the imagination of artists and fascinated locals and visitors alike with its stunning display of colours.

The peacock, for many, is a much-loved symbol of grace, nobility and beauty.

It has a rich involvement in legends and religious narratives. It is this cultural history that has earnt the peacock its place as India’s national bird.

Many myths surrounding this bird have existed for thousands for years. DESIblitz explores its cultural legacy.

Peacocks Reproduce with their Tears

In 2017, Rajasthan High Court judge Mesha Chandra Sharma caused a stir by publicly claiming that these birds do not have to mate to reproduce.

“The peahen gets pregnant by drinking the tears of the peacock,” he said.

While his claim is nothing but a myth, it is a popular one. Many Indians have heard the belief that these birds are so pure they do not engage in any sexual intercourse to produce offspring.

Many also believe that this is why the peacock is India’s national bird in the first place.

The idea originates in Hindu mythology. Lord Krishna famously wears a peacock feather in his hair as a symbol of his purity and freedom from sensual desire.

However, the myth has no scientific basis. Peacocks reproduce the same way other birds do: through intercourse.

Peacocks can Predict the Rain 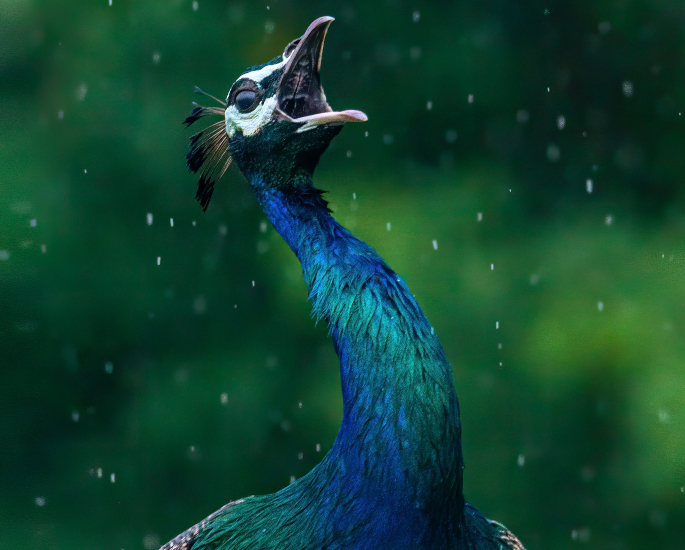 It is commonly believed that India’s national bird can predict rainfall. The idea comes from seeing it spread its feathers and dance before the rain comes.

Unfortunately, this is merely a coincidence. The real reason peacocks spread their colourful plumage and dance is to attract a potential mate.

This ‘dancing’ is part of their natural courtship ritual. Mating season usually coincides with the annual monsoon season, which is why people have often seen the two phenomena happening together.

While these birds do have an incredibly alluring and even mystical appearance, they do not have the ability to forecast the weather.

Unlike the others, this myth is actually true. India’s national birds are known to kill and consume small snakes.

Even the Sanskrit word for peacock, ‘Mayura’, is said to mean ‘killer of snakes’. Ancient images of the peacock show it as a sacred bird killing a snake, symbolising the cycle of time.

Many ancient Hindu stories depict peacocks as powerful birds that protected palaces and temples by fighting off evil snakes.

These birds even eat poisonous snakes. Despite their elegance, they can be very aggressive when a snake invades their territory and will go to extreme lengths to protect themselves. 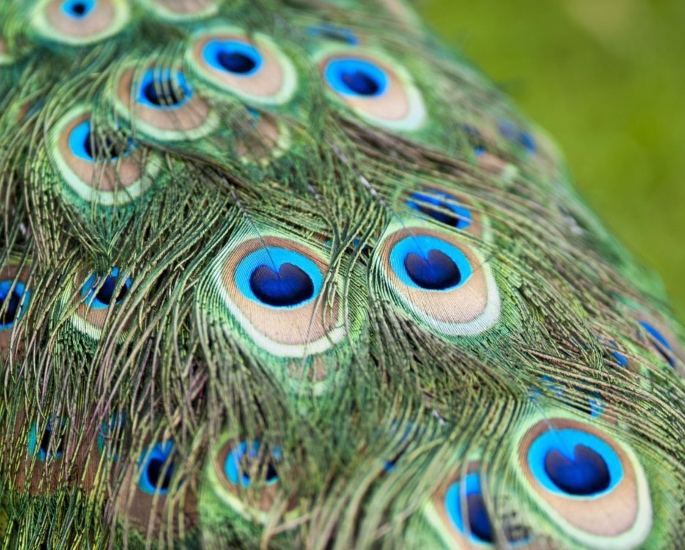 By far the most impressive thing about India’s national bird is its vivid feathers.

Peacock feathers have come to be a symbol of good luck in not just India, but in China and Japan too. Many Asian households welcome their feathers into their home.

The eyes on a peacock tail are thought to help protect houses by warding off danger and evil. For this reason, they are a very popular decorative and spiritual object.

Hunting and eating peacocks are illegal in India.

However, they naturally shed their tail feathers – also known as their ‘train’ – at the end of every summer. This means the bright green and blue feathers can be gathered and sold without harming the birds themselves.

The amount of symbolism surrounding peacocks in India shows just how significant their presence is.

Their mating rituals, their feathers and even their eating habits are the subjects of national myth and legends.

Whether false or fiction, stories of peacocks permeate the country. It is this cultural legacy that determines its place as the national bird of India.

Aayushi is an English Literature graduate and published writer with a penchant for pithy metaphors. She enjoys reading and writing about the small joys in life: poetry, music, family and wellbeing. Her motto is 'Find joy in the ordinary.'
Halima Khatun talks Books, Arranged Marriage & Journey
Indian NGO restarts Restoration of 200-year-old Tomb