A convicted fraudster from Essex who flaunted his lavish lifestyle on social media whilst on the run is finally behind bars.

Sami Raja, aged 33, of Essex, is finally serving his eight-year prison sentence after going on the run and showing off his lavish lifestyle.

He scammed elderly victims into handing over their life savings by posing as a broker and selling them useless “carbon credits” for 25 times the market value.

In January 2019, he was sentenced to eight years in prison for the £2.4 million fraud, however, two weeks before his trial in 2019, Raja fled to Dubai.

Whilst there, Raja used some of the stolen money to purchase a £33,000 Aston Martin and a £4,000 Rolex. He flaunted his lavish lifestyle on social media.

At a confiscation hearing in May 2019, prosecutor Paul Casey said:

“We understand Mr Raja is contesting his conviction.”

In his absence, Raja was convicted of six counts of conspiracy to defraud and money laundering.

Following his arrest, the City of London Police secured a European Arrest Warrant and Raja was arrested on July 15, 2020, in Athens. He was returned to the UK on August 26.

On August 27 at Southwark Crown Court, Raja was formally sentenced. 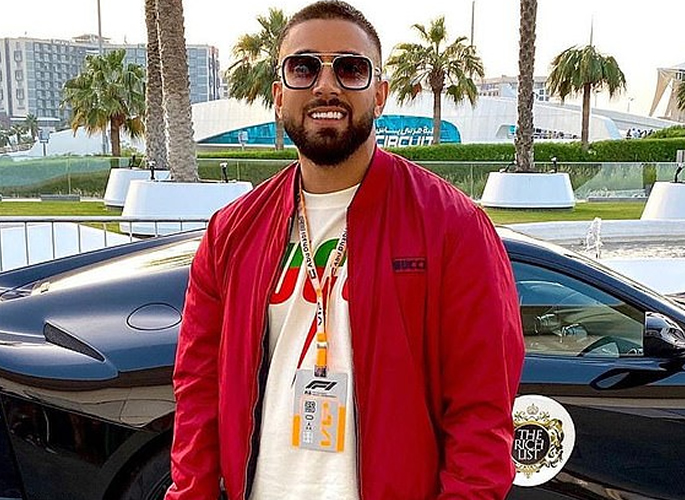 It was heard that 130 victims had received unsolicited calls from ‘brokers’ who used high pressure sales techniques to persuade them to invest in the scam products.

The fraudster ran Sami Raja Consultancy, which aims to help investors “set up and expand their businsses in the UAE and the UK”.

After going on the run, Kevin Cresswell, who invested £300,000 in Park First airport parking spaces, another scheme of Raja’s that continued whilst he was on trial, previously said:

“It is unbelievable that he is not in prison, it’s ridiculous.

“How can he just disappear after he has ripped so many people off? If it is within their power police should be doing everything they can to bring him to justice, they should be banging down doors.”

“Raja cruelly targeted often elderly individuals with the intention of defrauding them of their life savings.

“He clearly felt no remorse for their actions, closing one company, only to set-up another and commit the same offences.

“He is a callous and greedy individual, but today we have shown he is not above the law.”

“We hope the fact he is now finally serving the prison sentence he deserves for his crimes, will bring some comfort to the victims in this case.

“I would like to thank the National Crime Agency, Crown Prosecution Service, Metropolitan Police and the authorities in Greece, for all of their assistance in bringing Raja back to the UK to face justice.”

Raja was one of five men convicted over the carbon credits scam, which saw 130 victims conned between 2012-2013.

Dhiren is a journalism graduate with a passion for gaming, watching films and sports. He also enjoys cooking from time to time. His motto is to “Live life one day at a time.”
Two jailed for Stealing £37k Jewellery from Pawnbroker
Ex-Husband & Son Charged with Murder of Mother & Ex-Wife