Meet the 7 Finalists of India’s Next Top Model

Want to get to know the contestants of India’s Next Top Model? We find out what life was like for the girls before the show, and who we think will win!

Monica holds the title of Miss India USA in 2013 and Miss India Worldwide in 2014.

The first cycle of India’s Next Top Model is now in full swing, and has become a huge TV success.

With five contestants being sent home, the pressure is now on for the remaining seven girls to impress their judging panel.

As the final few episodes draw closer, DESIblitz gets to know our girls that bit better.

What was life like before India’s Next Top Model? What is their favourite shade of lipstick? And who has the best chance to win? 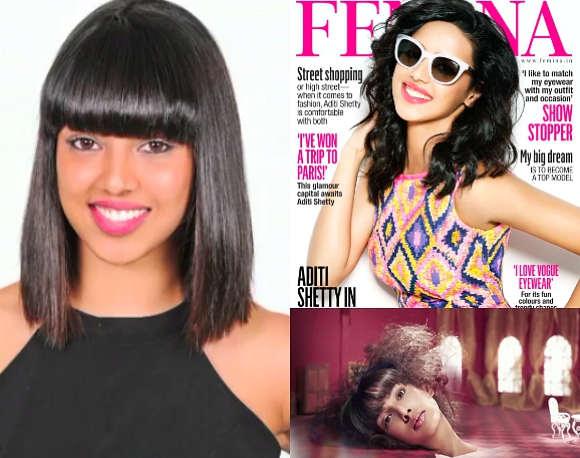 Aditi has been on the inner cover of Femina magazine in 2013, modelled for Unique Times magazine, and won the title of Miss Mangalore.

In 2014, she was the runner up in Miss Queen of India, and even has her own music video, titled ‘Dum Maro Dum’!

Her favourite actress is Deepika Padukone, and she loves the film Wanted (2008).

Aditi is yet to win a weekly challenge, so really needs to up her game if she wants to be a fierce contender! 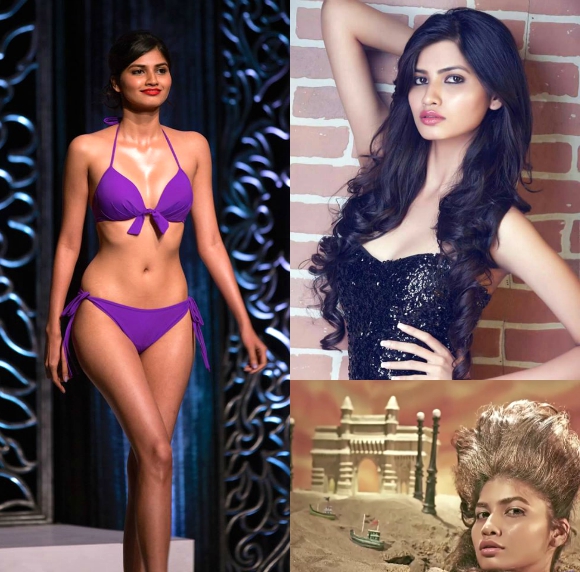 Before Top Model, Anam studied for a qualification in electronics and was the grand winner of Face of India 2015.

With 1,919 people following Anam on Facebook, things look bright for this 5’8” beauty.

Anam loves the film The Wolf of Wall Street (2013), and her favourite colour is black.

After her hiccup in the swinging pendulum task, Anam may have fallen behind the other girls, but still managed to impress guest judge, Ujjwala Raut.

Miss Shaikh definitely has something special. 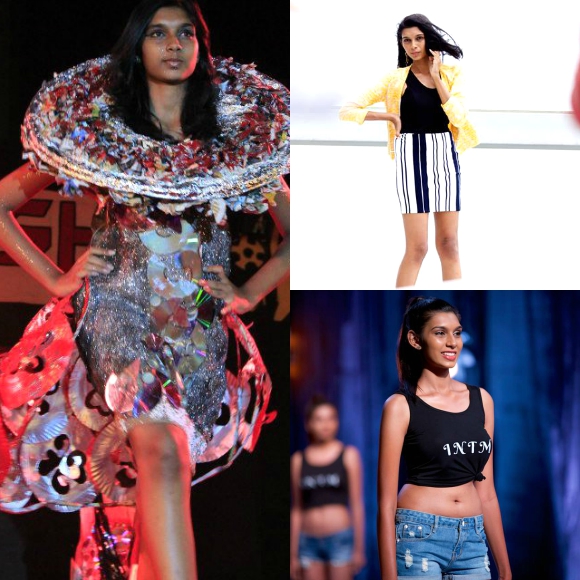 The youngest girl in the Top Model competition was a Wings Team Member for Red Bull.

As an understudy of St. Xavier’s College in Mumbai, she has both brains and beauty.

Unlike the other girls, this is Danielle’s first stint as a professional model. But don’t let this fool you, she already has bags of confidence.

We think Lisa Haydon definitely has a soft spot for her ‘Belle Danielle’.

Although she is one of the shier girls in the house, Danielle has her eyes on the prize and she is very close to claiming it! 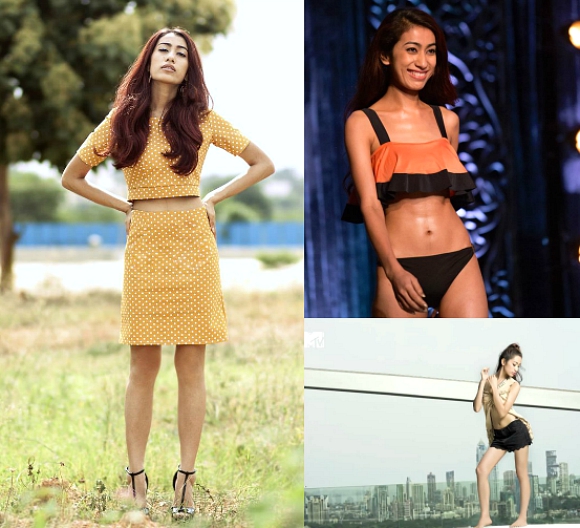 Aside from Top Model, Gloria has modelled for Ziony clothing, and has also studied to become a psychologist.

Gloria has a lot of social media support, with 2,077 followers on Instagram, and 7,972 on Facebook. Pretty impressive!

After putting Nagaland on the fashion map, Gloria was publicly praised by a local newspaper for bringing success to her family, village, and the Rengma tribe.

Despite being the only girl to break a rule, it is clear that Gloria has what it takes to bag the prize. Need we say more? 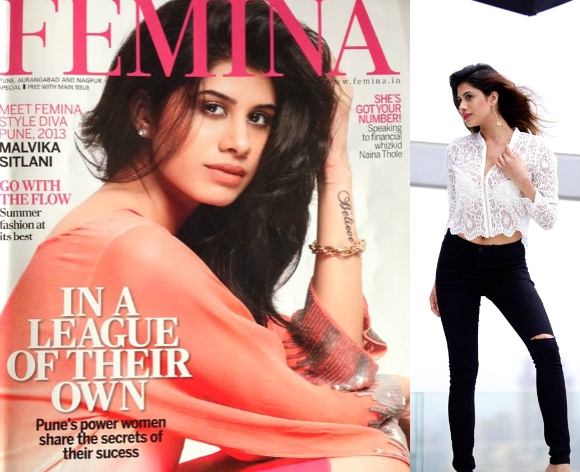 Rewind to a year ago, Malvika was competing in the 2014 Miss Diva competition, alongside ex-Top Model contestant Sreeradhe.

Malvika has previously graced the cover of Femina magazine’s March 2015 issue, and won the Femina Miss Style Diva back in 2014.

Her all-time favourite lipstick is Rouge Allure by Chanel, and swears by L’Oreal Telescopic mascara.

Malvika is a gorgeous girl. Though she is yet to win an iconic photo in the competition, there is still hope! 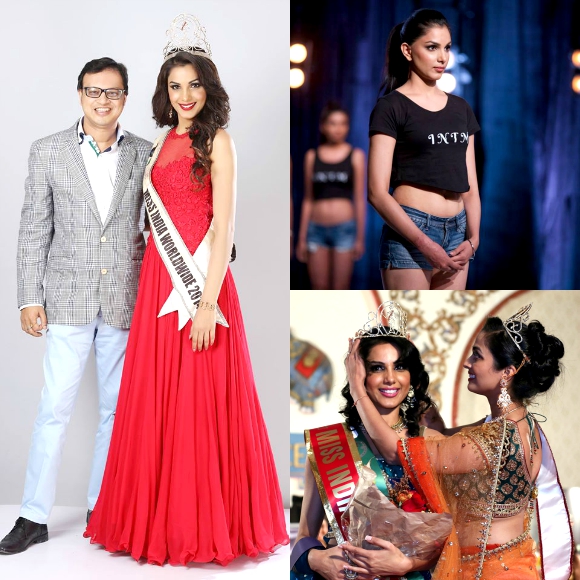 Monica has worked up an impressive list of achievements prior to Top Model.

She also has experience in the acting world, starring in the movie Kaptaan (2013).

Monica has recently starred in a horror short film, HI (2015), by Bahaish Kapoor. She plays Dr Ghosh, who is taunted by an ominous figure in her apartment building.

She has already faced bottom two weeks in a row. Monica is still standing only because there was no elimination after the most recent photo shoot.

She definitely needs to up her game for any hopes of staying in the competition. 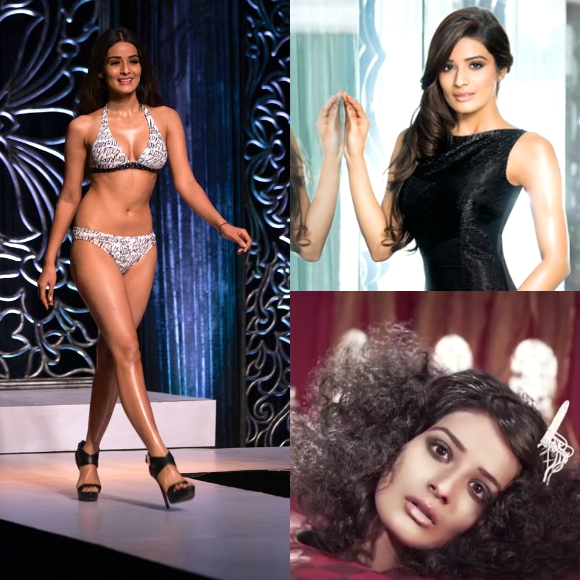 Rushali made waves in the Femina Miss India Delhi competition after coming second runner up in 2015, and has just wrapped up her role in the movie, Gal Kithe? (2015).

Rushali is a trained Samba dancer, and her favourite movies are The Notebook (2004) and Pretty Woman (1990).

Rushali won the photo challenges in Episodes 2 and 5, making her a real contender in the competition.

With only a few more weeks left until we find out who will win the chance to walk the runway at Lakme Fashion Week 2015, things are really heating up!

We’ve given you our verdict, now it’s your turn. Who do you think will take the crown and be India’s Next Top Model?