Does Age-Gap Really Matter in a Relationship?

What if an older woman falls in love with a man younger than her in India? Some couples explain how their age-gap influence their lives.

"So, age never matters or hinders in our relationship."

Research has found that partners with more than a ten-year age-gap experience social disapproval.

However, it is also true that men and women are usually more open to finding a partner 10-15 years their junior or senior.

Some studies also found out that the relationship satisfaction reported by age-gap couples is way higher.

Each culture demonstrates the age-gap couple phenomenon, and in some nations, the average age-gap is way larger than in western countries.

In India, we have seen celebrity couples who have broken this stereotype and have not let age come in the way of love.

In past relationships, it was quite unusual for the woman to be older than the man.

In the 2020s, things have changed and many couples claim that age has not badly affected their relationship at all.

On the contrary, it has strengthened their bond.

The Joy of an Older Woman 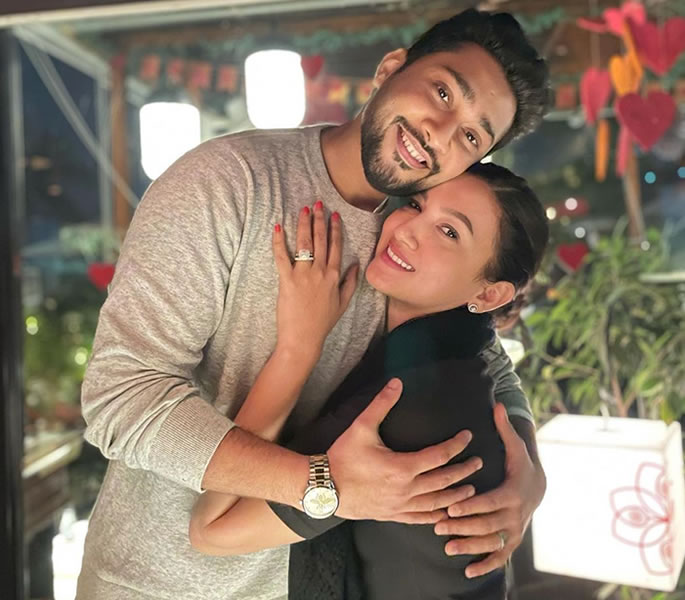 Couples like Priyanka Chopra-Nick Jonas, Malaika Arora-Arjun Kapoor, Sushmita Sen-Rohman Shawl, Neha Kakkar-Rohanpreet Singh, are only some examples of how India is progressing on this matter.

The couple, Gauahar Khan and Zaid Darbar tied the knot on December 25, 2020.

Talking about their 12-year age-gap, Khan told a news portal:

“Judging and passing comments that the age-gap can act as a barrier in a relationship is very easy, but for Zaid and I, we have a similar kind of understanding and maturity.

“So, age never matters or hinders in our relationship.”

Malaika Arora fell in love with Arjun Kapoor, who is nine years younger than her.

Their unconventional relationship made quite a stir online, mainly due to their age-gap.

However, Malaika promptly stood up to protect her privacy by saying:

“You have a problem that my partner happens to be younger than me… I am not here to please anybody.”

Fifty-three-year-old Sunita Chauhan has been married for 31 years to Kaushalendra Singh, three years her junior.

Chauhan admitted that “an older woman is considered wiser.”

However, it is not all rainbows and unicorns.

It happens that a man expects the woman to understand more as she is older.

A 28-year-old woman who is two years older than her fiance told The Indian Express:

“They expect us to be understanding in everything, be it financial matters or day-to-day arguments.”

She also opened up about her partner’s insecurities every time she even “interacts with an older man”.

“I can sense a change in his demeanour, and he becomes possessive. I think that has a lot to do with age.”

Senior women can be quite insecure as well.

Dr Sheth explained: “The most common issue in these kinds of relationships is that an older woman has a lot of insecurity thinking that her husband might be attracted to a younger woman.

“She also feels the need to look slim, young and attractive. After a certain time, sexual issues are also there, especially post-menopause.

“The partner still has desires but the woman, due to hormonal changes, loses the sex drive.

“Like for example, the woman, due to her age and energy level, would want to slow down but he still wants to go out pubbing, partying, trekking etc.”

Tina* who is seven years older than her husband Ashwin, recalls them telling their parents:

“When we decided we wanted to marry, the next anxious step was to tell our folks.

“The challenge was bigger for him than me. Although my father did sit me down to ask me if I was sure.

“When Ashwin broke the news, his mother was not impressed. But his father was fine with it.

“I found myself working very hard to get her approval the time after that. Every time I met her.

“Eventually, she did come round and since our marriage, she has been fine.

“But it’s the relatives and aunties who still drop a jibe here and there. Especially, how a younger wife has more time to have children.”

So, despite the couple being happy it seems South Asian societies accepting the older woman, needs time for it be universally acceptable.

The Other Way Round 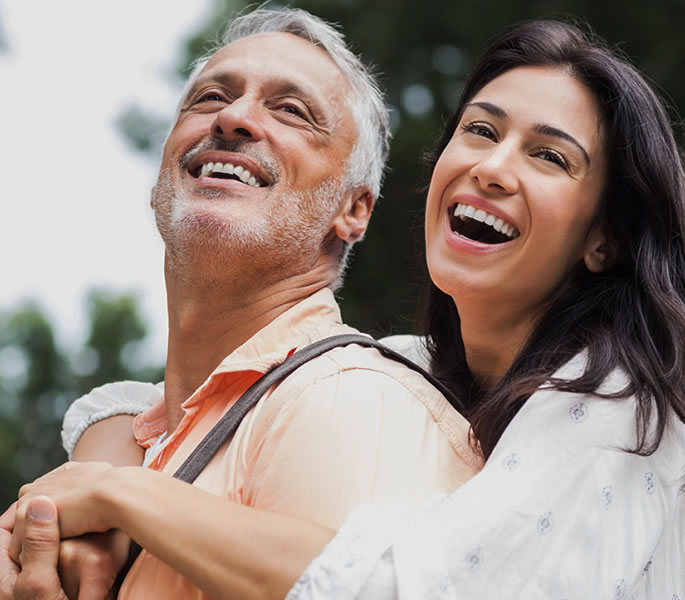 As for men being older than women. This has been much more accepted in South Asian communities.

Even in arranged marriages, the man being much older than the woman is not a major eye-brow raising matter.

But you do not hear of many arranged marriages where the woman is much older than the man.

There are even divorced men who are marrying women 20-30 years younger than them in this instance.

However, as for love based relationships, there are young women who do prefer older men for their life experience.

Meena, aged 29, married Sunil who is 41 from London. Meena says:

“Coming out of a bad divorce,  I had tried the app-dating scene but most of the guys were not serious, just interested in sex.

“I met Sunil through a work colleague and we went on a few dates.

“Suddenly, here was this man who just simply knew how to treat me as a valued woman and with respect.

“He has so much patience with me and was supportive of anything I wanted to do or try. No insecurities on his side.

“A year later, we decided to marry. Yes, I was questioned by my family if it is what I wanted and it was.

“He’s a great husband and incredible partner who’s age is an advantage for me because his experience never fails me.”

Jasvir, a doctor, met his girlfriend, an optician, Kulvir, who is 15 years younger, at a friends wedding. He says:

“I saw Kul on the dancefloor at the wedding and was very attracted to her. Her moves weren’t bad either!

“She saw me looking at her a lot and returned it with smiles. Then while dancing, she dropped her number in my pocket.

“We then met and having dated since, which is two years now.

“When it came to her age, I cannot say I was looking for a ‘younger woman’, it just happened that way.

“She has never even seen it as an issue at all. In fact, she loves I’m older and grounded.”

Overall, we can say that a relationship’s success depends on the extent to which partners share similar values, beliefs and goals.

How much they support each other, their commitment and intimacy are also fundamental factors for a relationship to work which have little to do with age.

How Does your Sex Drive change with Age?
Allahabad HC reinstates home guard Fired for being Gay