Allahabad High Court has recently reinstated one of their home guards after previously firing him due to his homosexuality.

"the sexual orientation of a person is his individual choice"

The Allahabad High Court in Uttar Pradesh has reinstated a home guard after previously sacking him for his homosexuality.

The home guard had previously been fired on the charge of “indecency” on the basis of a video.

The video allegedly showed the guard “displaying affection” to his same-sex partner.

Now, the Allahabad HC has reinstated him.

The court observed that any public display of affection among LGBT community members cannot be impeded by majority perception.

However, this is as long as it does not amount to indecency or disturb public order.

Justice Sunita Agarwal deemed the sacking of the home guard as “vindictive”, and quashed the order.

He then directed HQ Lucknow, commandant general of the Home Guards, to take him back into service with immediate effect.

Lucknow also said that the home guard will be entitled to all admissable dues and the honorarium shall be paid regularly.

The court passed the order on the premise of the counter-affidavit that was filed by the district commandant.

It stated: “The sexual orientation of the petitioner was indulgence in untoward activity.”

The Allahabad HC also said that sacking the home guard was in violation of the Supreme Court’s previous decision in the Navtej Singh Johar vs Union of India case.

During this case, the court had observed that “the sexual orientation of a person is his individual choice and any act of treating it as an offence would be interference in the right to privacy of the person concerned”. 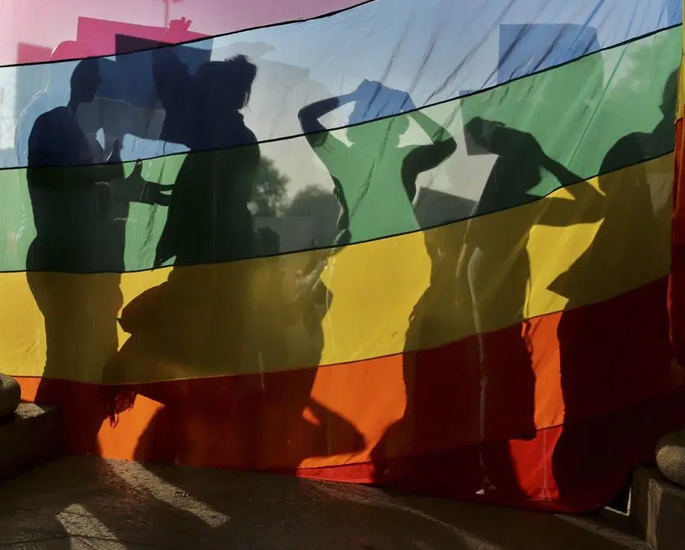 India’s Supreme Court legalised gay sex back in 2018, and the act is no longer a criminal offence in the country.

The court ruled that discrimination on the basis of sexual orientation is a fundamental violation of rights.

The ruling overturned a judgement made in 2013 that upheld a colonial-era law.

The law is section 377, and categorised gay sex as an “unnatural offence”.

Section 337 is a law more than 150 years old. It criminalised certain sexual acts that are punishable by a 10-year-long jail sentence.

The law punishes “carnal intercourse against the order of nature with any man, woman or animal”.

According to human rights groups, police have used the statute to their advantage, and are using it as a justification for inflicting abuse on members of the LGBT community.

Louise is an English and Writing graduate with a passion for travel, skiing and playing the piano. She also has a personal blog which she updates regularly. Her motto is "Be the change you wish to see in the world."
Does Age-Gap Really Matter in a Relationship?
Indian Prisoners Who are Innocent in Jail