We love nothing more than an opulent Indian wedding, so take a look at TV stars Divyanka Tripathi and Vivek Dahiya’s grand celebration in Bhopal!

“In the first meeting, I was largely convinced that she is the one for me."

Popular Indian television actors, Divyanka Tripathi and Vivek Dahiya, tied the knot on in a 5-day grand wedding in Bhopal.

‘Ishita’ and ‘Abhishek’ of the much-loved TV serial Yeh Hai Mohabbatein celebrated their nuptials with family and friends in one of the most elaborate weddings we have ever seen!

The colourful backdrop complemented her playful character as the 31-year-old actress posed with her girlfriends and funky props.

For the Mehendi, Divyanka opted for a romantic pink number and matched it with a stunning pair of statement floral earrings. 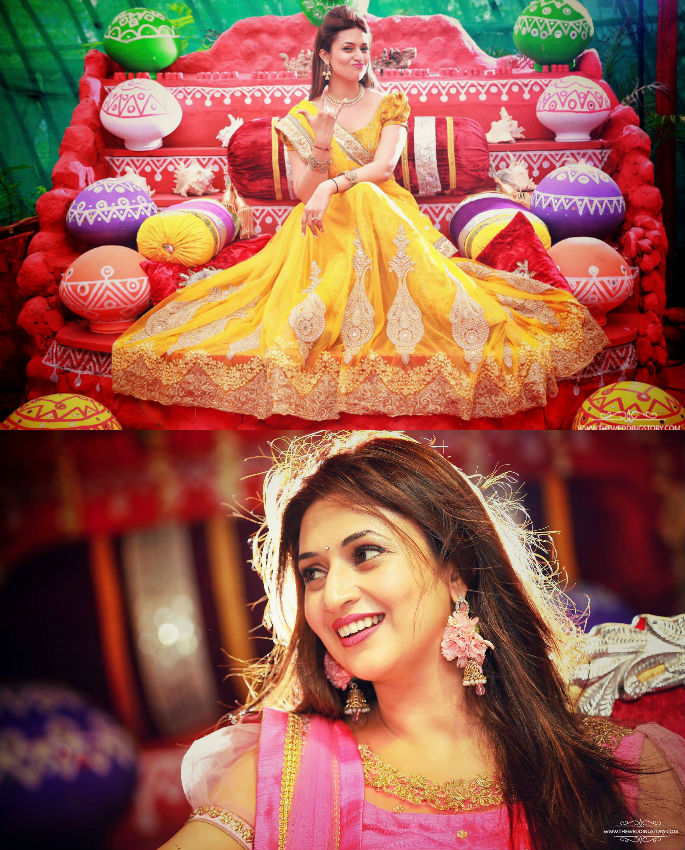 On July 8, she arrived at the Sangeet with her man Vivek like royalty. The picture-perfect couple had a blast at the ceremony, grooving to the beat with their guests on stage.

Draped in exquisite embroidery and a dazzling colour tone, she will no doubt set the trends for this wedding season!

Vivek, in a champagne white and gold sherwani, was as handsome as ever. With the beautiful Divyanka by his side, the couple was overwhelmed with joy and happiness.

Two days after the wedding, they flew to Chandigarh for a reception at a five-star hotel on Zirakpur Road, where they continued the celebration with around 150 guests. 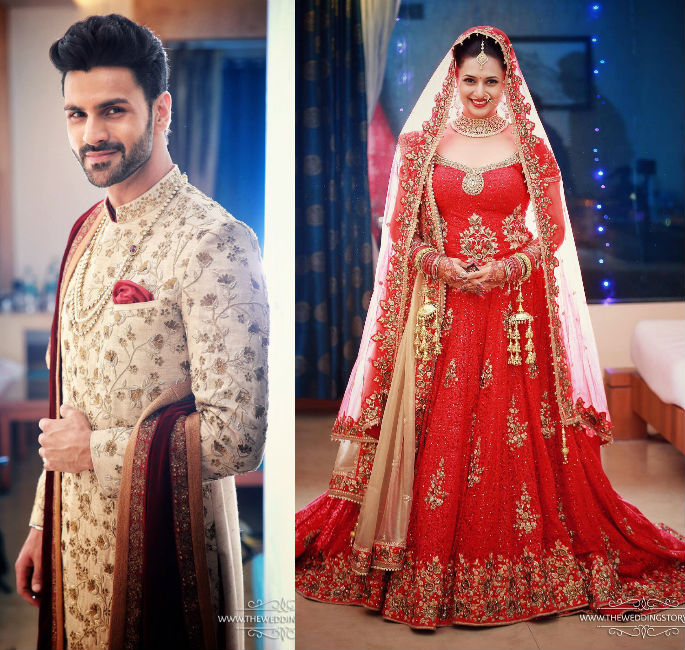 Divyanka and Vivek became engaged on December 14, 2015, which is also Divyanka’s birthday.

They were set up by their co-stars on Yeh Hai Mohabbatein. Speaking to DNA India about their love-at-first-sight encounter, Vivek says: “In the first meeting itself I was largely convinced that she is the one for me.

Divyanka adds: “The first time we met, the breeze of love had started blowing and by the third-fourth meeting it had taken us by storm.

“I realised we are meant to be together. Vivek is a positive person who pulled me out of a major low that I was going through.” 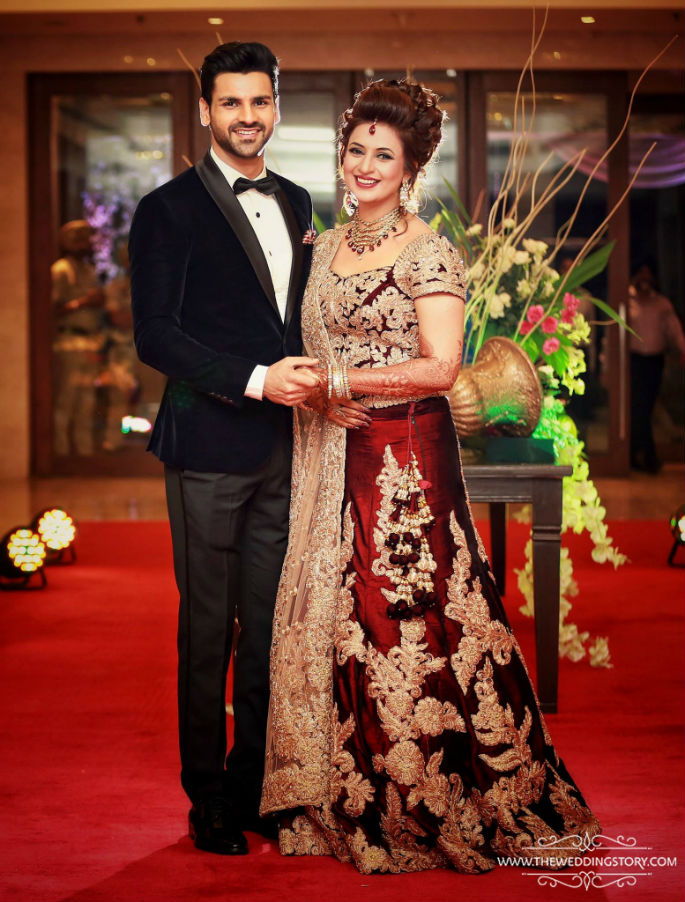 When asked what they adore most about each other, Divyanka loves his chivalry while Vivek says he is crazy about her smile and positivity.

The 31-year-old actor adds: “We talk highly of compatibility, but there is something beyond that which is underrated and that is the willingness to make it work, to be patient and give space to each other.

“These are major attributes for a successful relationship and she has all that.”

Congratulations to Divyanka and Vivek on their wedding and we wish them a lifetime of happiness ahead!

Images courtesy of Sachin Kumar Photography and The Wedding Story