Did Shahid Kapoor walk out of the Star Screen Awards Show?

Shahid Kapoor attended the Star Screen Awards 2019 and was also due to perform. However, speculation is rife that Shahid had walked out.

“Shahid apparently lost his cool on the organisers"

Kabir Singh released on June 20, 2019, and ever since Shahid has been surrounded by controversy.

The actor stated that a film like Kabir Singh does not receive celebration, while films like Sanju (2018) do. Shahid also mentioned how he would not be awarded for his role.

It was reported that at the Star Screen Awards, Shahid was promised the ‘Best Actor Popular Award.’

He attended the award night with the belief that he is going to win. Shahid was also due to perform at the event.

Despite this, some last-minute changes were made, which upset Shahid Kapoor. According to a report by Pinkvila, a source stated:

“It was an understanding that Shahid will perform because he was bagging the award. He had to rehearse for the performance too.” 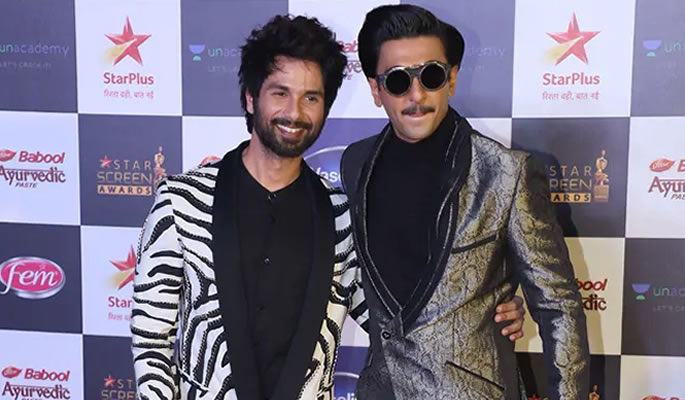 The source continued to mention that a turn of events led to Shahid storming out of the Star Screen Awards. The source explained:

“Shahid apparently lost his cool on the organisers because it was an unprofessional move on their part to sneakily change the whole scenario.

“He was reportedly very upset with how the whole thing was addressed.”

It turned out the award for ‘Best Actor Popular Award’ was given to Ranveer Singh for the film, Gully Boy (2019). The source went on to mention:

“The award was then presented to Ranveer Singh and Shahid then supposedly walked out of the show.”

As a result of this, Shahid decided to back out of his performance on the night. The source said:

“He was to perform but he decided not to record his performance as well.”

Although the award show took place on December 8, the telecast will be in days to come. They have been unable to find a replacement for Shahid Kapoor.

Many fans have questioned Shahid Kapoor’s credibility as they accused him of trying to fix an award.

Others believed Ranveer Singh deserved the award for his stellar performance in Gully Boy.

Whereas, supporters of Shahid Kapoor believe that he should have won the award for his incredible performance in Kabir Singh.

Ayesha is an English graduate with an aesthetic eye. Her fascination lies in sports, fashion and beauty. Also, she does not shy away from controversial subjects. Her motto is: “no two days are the same, that is what makes life worth living.”
10 Bollywood Films that tackled Taboo Subjects in India
TV Actress Sonyaa Ayodhya marries Harsh Samorre