Sonyaa Ayodhya wed her boyfriend Harsh Samorre after dating him for one and a half years. The lavish wedding ceremony was attended by family and friends.

"He’s my soulmate and that’s why it’s so different with him.”

Indian television actress Sonyaa Ayodhya has tied the knot with her long-term boyfriend Harsh Samorre in a lavish wedding ceremony.

Sonyaa Ayodhya has also joined the bandwagon as she is the latest actress to get hitched.

Sonyaa wed restaurateur Harsh Samorre on Thursday, December 12, 2019, in Jaipur. The couple were dating each other for one and a half years.

The actress rose to fame with the supernatural drama, Nazar (2018), playing the character of a witch named Ruby.

Her co-stars Erica Fernandes, Shubhaavi Choksey and Harsh Rajput have been basking in the wedding celebrations.

The stars have regularly posted scenes from the wedding celebrations on their social media.

Erica Fernandes took to Instagram to share a picture of herself with Sonyaa. The two beauties looked immaculate in their stunning lehengas. 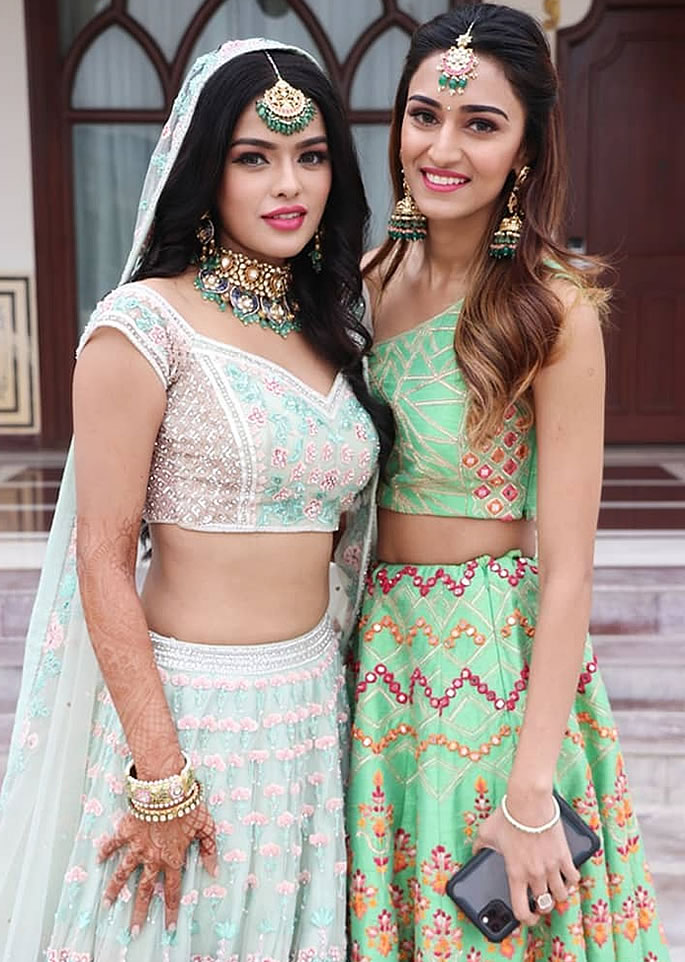 She accessorised the look with gold-toned earrings and a tikka, which included hints of green and pink to compliment her attire.

The sheer dupatta also matched the skirt and blouse, creating a harmonious union. 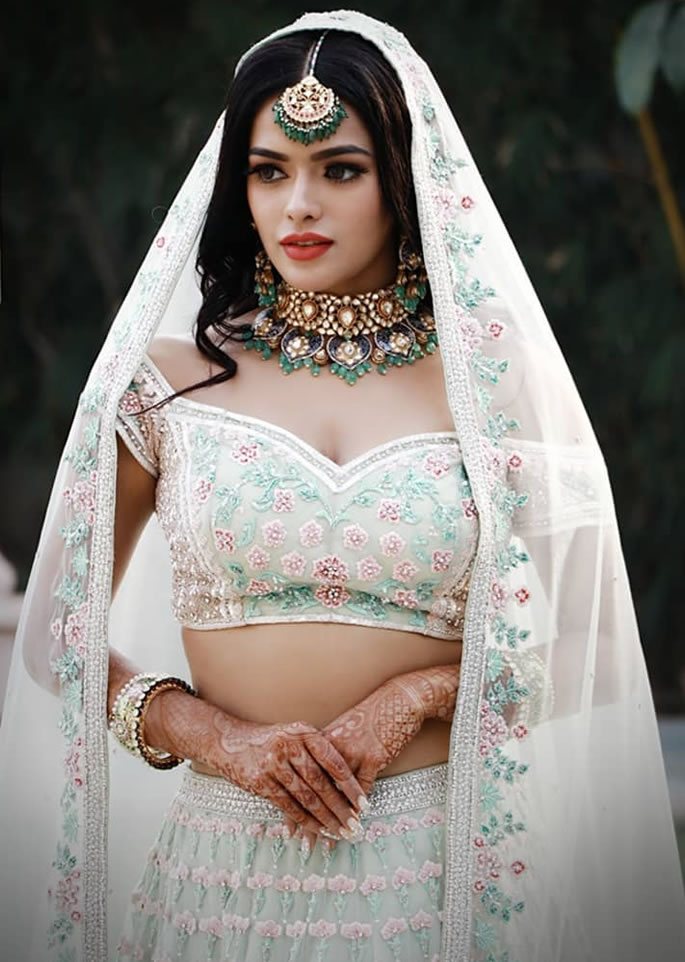 To accessorise her outfit, Sonyaa wore matching jewellery: a statement necklace, tikka, ghumkas (earrings) and two sets of bangles on each arm.

In true Desi bride style, Sonyaa’s hands and arms were adorned with a lovely mehndi design.

For her makeup, Sonyaa went for a soft glam look to balance the hues in her ensemble. Her makeup included a dewy base, blush cheeks, voluminous lashes and a soft red lip.

Her hair was styled with a centre part, with bouncy curls that framed her face. 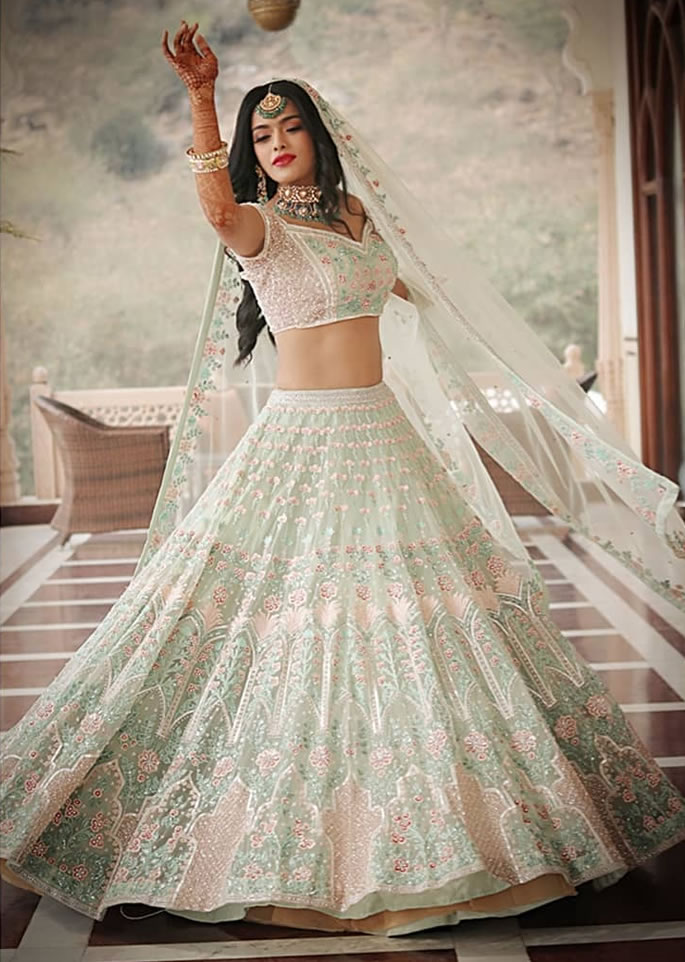 Sonyaa Ayodhya posed for the camera in a graceful twirl pose, which showcased her ensemble exceptionally. There is no denying, Sonyaa looked radiant and like a princess.

According to an interview with Bombay Times, Sonyaa shared her delight of getting married. She said:

“I’m emotional and quite old-school when it comes to love.”

“Harsh was understanding and waited patiently when I told him that I needed time to decide.”

Sonyaa continued to express her love for her husband. She said:

“We started dating after six months of our friendship. He’s my soulmate and that’s why it’s so different with him.”

It was certainly a lavish affair that was enjoyed by close family and friends.

Sonyaa Ayodhya and Harsh Samoree’s big fat Indian wedding was nothing short of stunning. We hope the married couple have a blessed marriage as they embark on their new journey together.

Ayesha is an English graduate with an aesthetic eye. Her fascination lies in sports, fashion and beauty. Also, she does not shy away from controversial subjects. Her motto is: “no two days are the same, that is what makes life worth living.”
Did Shahid Kapoor walk out of the Star Screen Awards Show?
Acid Attack Survivor Katie Piper praises Deepika’s ‘Chhapaak’