The trailer for Netflix’s upcoming movie ‘Dhamaka’, starring Kartik Aaryan has been released. Kartik stars in the lead as a news anchor.

"It was challenging when I heard the script"

Kartik Aaryan plays the role of a news anchor as seen in the recently released Dhamaka trailer.

Set to release exclusively on Netflix, Dhamaka revolves around a news anchor chasing a high TRP (television rating point) while the city of Mumbai is under attack by a terrorist.

Kartik will be seen in the lead role as Arjun, a news anchor.

The official trailer was released on October 19, 2021.

The trailer opens with Kartik presenting a radio show in which he receives a tip-off about bomb blasts at the Bandra-Worli Sea Link in Mumbai.

Seizing the opportunity for a career comeback, Kartik negotiates with the channel head, played by Amruta Subhash, to return as a news anchor.

Dhamaka will see Kartik’s life take a turn when the terrorist speaks to him directly during the show.

The terrorist demands Kartik to call a minister and tell him to apologise otherwise he will blow up the remaining Sea Link and kill everyone there, including the news anchor’s wife.

Dhamaka is directed by Ram Madhvani. The shooting of the film was wrapped in nine days.

“Ram sir had planned each scene down to the last detail, including where each actor would stand and what the camera angle would be.

“It saved the unit a lot of time, enabling them to shoot more than five scenes every day.

“While the shoot went overtime on a few occasions, they would usually call it a day after eight hours of filming.”

Kartik also admitted that it was one of the most challenging roles he has played.

The actor said: “It became a cakewalk because of Ram sir. He is a maverick.

“He shoots in a very different style.

“Everyone who knows him can vouch he is different as a director.

“The film is based in a room and everything is real.

“He has a unique filmmaking style where he never even says action and allows actors to start.”

“I am at your service’ is his line and he follows it to the T.

“It was challenging when I heard the script but he made it easy for me.”

Kartik Aaryan will also be seen in Freddy for which the shooting has recently come to an end, and then Bhool Bhulaiyaa 2. 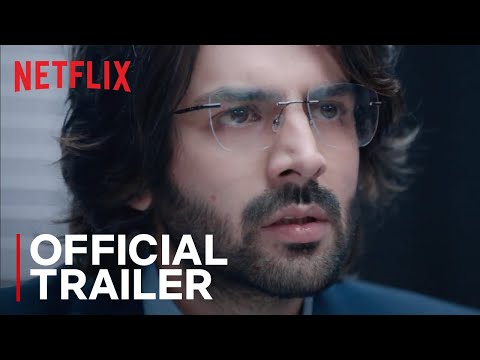 Ravinder is a Journalism BA graduate. She has a strong passion for all things fashion, beauty, and lifestyle. She also likes to watch films, read books and travel.
Pooja Bedi tests positive for Covid-19
Yuvika Chaudhary arrested for using Casteist Slur