Harsh Varrdhan Kapoor has sparked questions about his personal life after he was seen holding hands with a mystery woman in Mumbai.

The pair were spotted out in Khar enjoying each other’s company.

Meanwhile, the young lady wore a colourful backless crop top and white baggy trousers, accessorising her look with a pair of sunglasses.

They ignored the paparazzi as they walked down the street before entering a building. 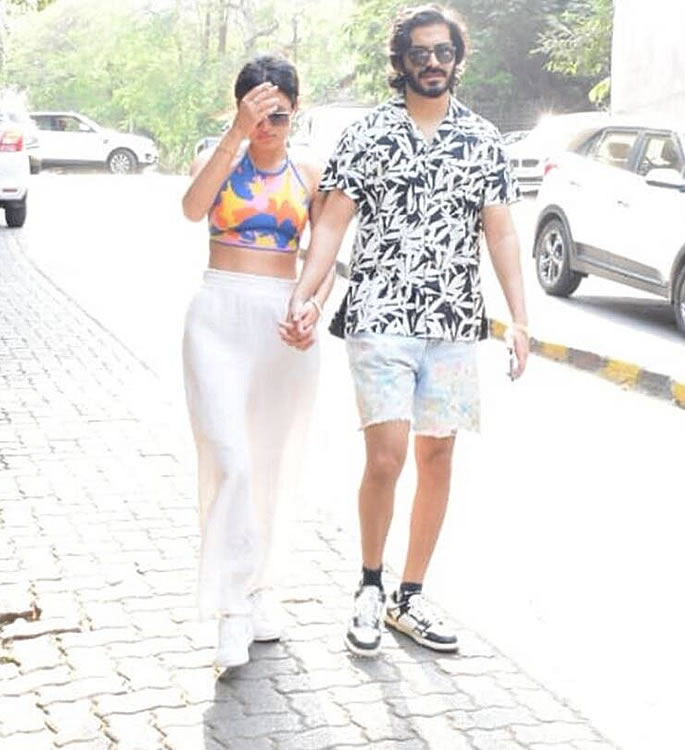 Social media users were quick to speculate as to who the woman is, with many believing she is Harsh’s girlfriend.

One asked: “Who is his girlfriend?”

Although it is not known if the mystery woman is Harsh Varrdhan’s girlfriend, a lot of netizens praised them.

One person wrote: “Nice couple. Thank God Bollywood has some cool people like these two. Good dress up too.”

Another said: “Both of you are looking fabulous.”

However, some people criticised Harsh’s rumoured girlfriend for smoking in public.

One person wrote: “She does not look cute smoking.”

A user commented: “Another girlfriend with vices??”

Some people were annoyed at Harsh’s “attitude” for ignoring the paparazzi.

“He thinks he is a bigger star than his dad. Too much attitude nepo kid.”

One person said: “So rude.”

“No income still he manages to have a girlfriend!”

Other users trolled the pair for their looks, with some advising Harsh not to skip “leg day” while others said the woman was essentially walking around “topless”.

Harsh Varrdhan Kapoor was previously rumoured to be dating Sara Ali Khan in 2017 after the two were spotted together on numerous occasions.

This included walking hand-in-hand to a restaurant.

But this was never confirmed nor denied.

In 2021, he said he wanted to keep his dating life private.

“The way that I see it – and maybe it’s a bit naive and idealistic – but I like to do a film, talk about it, and then disappear.

“I’m a very boring guy, which is why I don’t have a girlfriend.”

Harsh is known for his role in the 2018 film Bhavesh Joshi Superhero.

He will next appear alongside his father Anil Kapoor in the Netflix film Thar. He previously shared the screen with his father and sister Sonam Kapoor in AK vs AK.