Celesti Bairagey went viral for her resemblance to Alia Bhatt but she explained why it can become “problematic” at times.

"moment it starts converting your identity, it becomes problematic."

Celesti Bairagey first hit headlines for her resemblance to Alia Bhatt and she has now landed her first television show.

While things are on the up for her, she is still referred to as ‘Alia Bhatt 2.0’.

Celesti explained that while she does not mind being called Alia’s lookalike, she said it can become problematic.

She said: “Even before I got the show, I wouldn’t want to be identified as someone else. Alia is my favourite actor. I admire her a lot. I find her cute.

“If someone is saying that I resemble her, I find it overwhelming.

“Apart from that, it’s fine. But the moment it starts converting your identity, it becomes problematic.

“I don’t think anyone wants it. I would be very happy if people start calling me Rajjo instead of Alia. Because being Rajjo is my identity and not someone’s doppelganger.” 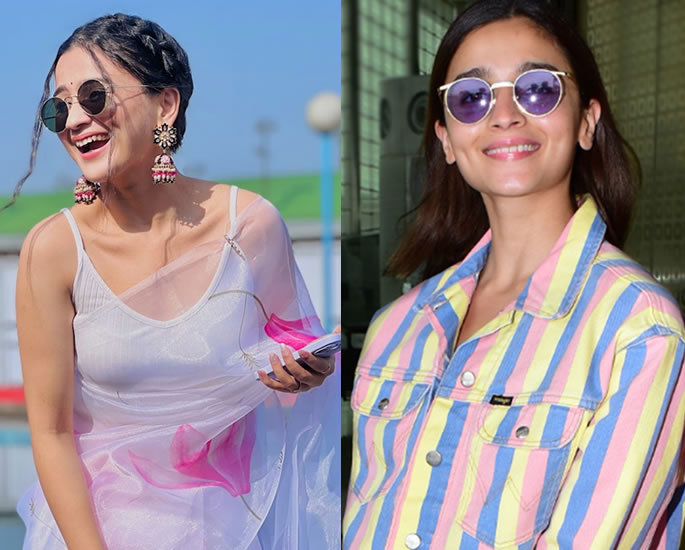 “This feels like a dream to me. At times when I come home after work, I still can’t believe I’m living my dream.”

On how she is finding the industry as a newcomer, Celesti explained:

“I am always excited to come back to work the next day. I have a family here with me on the sets.

“I know because they took care of me when we were in Manali; it was around minus one degree Celsius and zero.

“We shot a scene where I had to get myself drenched in the rain.

“The water used for it was taken from the glacier. It was chilling cold. I wasn’t able to utter a dialogue in the scene because of the cold. My lines were later dubbed.

“And the most amazing thing was, everyone was there with me, to comfort and help me. Someone got me hot water or black coffee.

“Our DOP (cinematographer) switched on some lights to generate heat.”

“It was me and my father who came to Mumbai for my mock film shoot.”

“So, we were travelling to our hotel from the airport.

“During that time, I noticed how everything was different. Assam is a hilly area. The houses and landscape vary a lot. Mumbai is a metro city.

“Back there we have a single line train track which itself ends where the hills begin. Here we got the metro going above our heads. I could see skyscrapers.

“I was like ‘where have we come’. I know Mumbai is a part of India and not that I haven’t seen it in movies and pictures, but of course, real-life experience is something different.”

Dhiren is a journalism graduate with a passion for gaming, watching films and sports. He also enjoys cooking from time to time. His motto is to “Live life one day at a time.”
Shahid Kapoor confirms Kiara Advani & Sidharth Malhotra’s Wedding
Kangana Ranaut threatens to sue Filmfare Awards