Amir Khan’s £5 million venue is in need of ideas. The Bolton-born boxer’s building was to be a wedding venue, however, he decide on it’s future.

"Decision time when I’m back from the April 20 fight"

Bolton-born Amir Khan has said he will make a final decision on the future of his £5 million building when he returns from his next fight.

The boxer submitted plans for the site, in Washington Street, Deane, Bolton, in 2013. Despite construction beginning in 2015, it seems to have come to a halt.

It was initially thought that the intention was to see the building turned into a wedding venue, banqueting suite and function hall.

The plans were welcomed by councillors when they were first revealed in 2013.

The development was supposed to contain a number of features. This included a restaurant and bar on the ground floor, an 800-seater function hall on the first floor, a second floor VIP restaurant, a roof terrace and parking for 51 vehicles.

However, the plans did not come to fruition and the building remains incomplete and without a purpose.

Now the former unified light-welterweight champion has said he will be deciding on the future of the building when he returns. He is currently training for a World Welterweight Title fight against Terence Crawford.

Khan’s fight against the American is set to take place at Madison Square Garden. 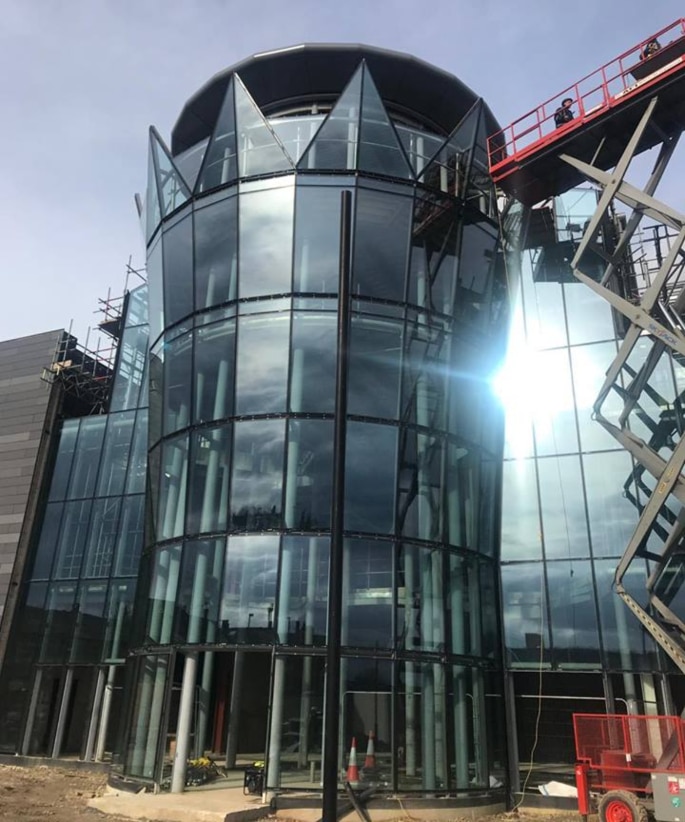 Following his fight, he will make a decision on what the building will be used for. Khan posted a video of the incomplete site on Facebook and wrote:

“Decision time when I’m back from the April 20 fight in New York.

“The building will be finished from outside and watertight. I will decide what to do with it. Send me your ideas, what should I do?”

The building will be finished from outside and water tight. I will decide what to do with it.

Send me your ideas what i should do?

A number of people replied to the post, giving their suggestions on what the building should be.

One user thought it would be an ideal apartment block or suitable for small businesses. Ahsan Pervez suggested:

Another wrote: “Why don’t you open it for all the homeless people in the Bolton and surrounding areas?… Wouldn’t cost much for beds and blankets.”

One suggested that he should make it into a training centre for kids. They wrote:

“Make it into a massive boxing complex for all the young kids to come together.”

Khan also had his own suggestions and added:

“3.5 acres of land at the back of the building. How many houses/apartments would you get on the back? Or a hotel, shopping mall?

“The Bolton University 0.3 miles away. How about student accommodation?”

Whatever the building is turned into, Khan is giving back to the city he was raised as it would increase employment.

Khan’s building in Bolton is not his only venture away from the ring.

In 2018, Khan launched the Super Boxing League (SBL) in Pakistan which gave talented boxers a platform to showcase their skills. This could help them turn professional.

Dhiren is a journalism graduate with a passion for gaming, watching films and sports. He also enjoys cooking from time to time. His motto is to “Live life one day at a time.”
Over 400 Indian Academic Staff hired by UK Universities
Man aged 80 Sexually Touched Young Woman on Bus