After spending nearly a month in jail as a result of a drugs case, Aryan Khan has been granted bail by the Bombay High Court.

Aryan Khan has been granted bail after spending nearly a month in jail in relation to a drugs case.

In the court, the 23-year-old was granted bail.

The bail applications of Arbaz Merchant and Munmun Dhamecha have also been granted.

Both were arrested as part of the case. Several others were also detained by the NCB.

NCB officials had raided a cruise ship on October 2, 2021. They recovered cocaine, MDMA and Mephedrone.

Aryan was arrested, despite it being later confirmed that no drugs were in his possession.

In court, the NCB alleged that “incriminating” WhatsApp chats indicated that Aryan was regularly involved with drugs.

They also claimed that he had links to international drug trafficking.

Aryan remained in custody as the NCB said that he could tamper with the case if he was released.

The investigation also saw actress Ananya Panday questioned as it was alleged that she and Aryan spoke about the procurement of drugs.

Throughout the case, Aryan’s legal team insisted that their client was merely invited to the party and not an organiser.

They also denied his involvement with drugs.

On behalf of Aryan, Mukul Rohatgi argued that Indian law “provides for young boys with no antecedents (to be treated) as victims, rather than (as) hardened criminals”.

He added: “They are entitled (to) rehab and there is immunity (from) prosecution in rehab.

Following the news, his father Shah Rukh Khan made his first statement. 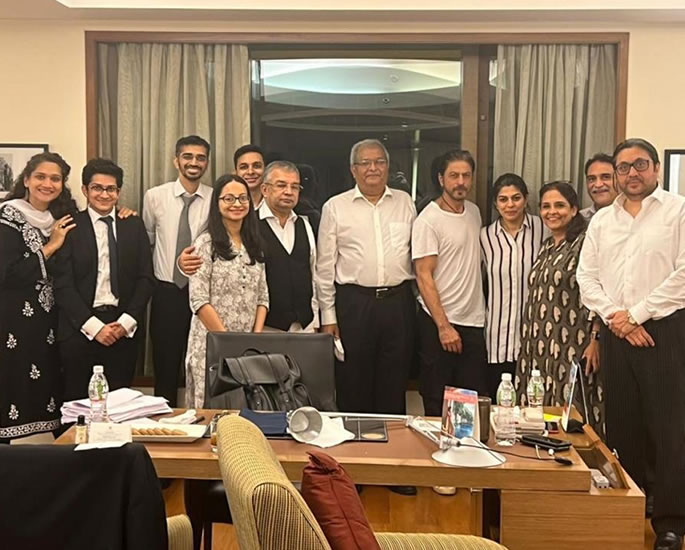 Whilst his son has been in custody, SRK remained silent on the matter but now, a photo of the Bollywood star with the team of lawyers representing his son has gone viral.

In the photo, Shah Rukh can be seen with several lawyers, including Amit Desai and Satish Maneshinde.

In a statement, the legal team said:

“Aryan Khan has ultimately been released on bail by Bombay HC.”

“No possession, no evidence, no consumption, no conspiracy, right from the first moment when he was detained on Oct 2! Satyameva Jayate!”

She shared a collage and wrote: “I love you.”

After the Bombay High Court provides its detailed order, Aryan Khan will be formally released from Mumbai’s Arthur Road jail.

Outside the court, Mr Rohatgi said:

“The court has granted bail just now and hopefully all the three petitioners will come out of jail tomorrow or on Saturday.”

Dhiren is a journalism graduate with a passion for gaming, watching films and sports. He also enjoys cooking from time to time. His motto is to “Live life one day at a time.”
Richa Chadha takes a Dig at Celebrities attending TV Debates
Sherlyn Chopra demands £7m from Shilpa Shetty & Raj Kundra