Anirudh Ravichander: The Rise of an Indian Composer

DESIblitz uncovers the meteoric rise of Indian composer Anirudh Ravichander, who has been cementing his young legacy in cinema and beyond.

"Every single word of this song expresses millions of emotions."

The name Anirudh Ravichander evokes a myriad of feelings for millions of youngsters across the world.

Happiness, nostalgia, craziness and togetherness are some of the emotions that are associated with Anirudh’s songs.

Only born in 1990, the artist’s career is on an upwards trajectory. He is the son of veteran actor, Ravi Raghavendra, and nephew of Indian actor, Rajinikanth.

Therefore, the composer has been exposed to the bright lights and dramatic qualities of Indian cinema since birth.

Some people will point out that this powerful family background has aided Anirudh’s success. However, such opinions are not sufficient enough when analysing the musical and cultural impact he is having.

Such stardom is down to his hard work, talent and intelligence to adapt to socio-cultural movements in the 21st century.

Only in February 2022, the musician dominated the charts with the Tamil and Arabic fusion song ‘Arabic Kuthu’.

The song was created by Anirudh and Jonita Gandhi for the action thriller movie, Beast (2022).

This has further cemented the status of Anirudh Ravichander, culminating in what has been a meteoric rise. Although, this track is just one example of how terrific the legacy of Anirudh is already becoming.

DESIblitz looks at the prosperous career of Anirudh Ravichander and how he has cemented his musical status from a young age. 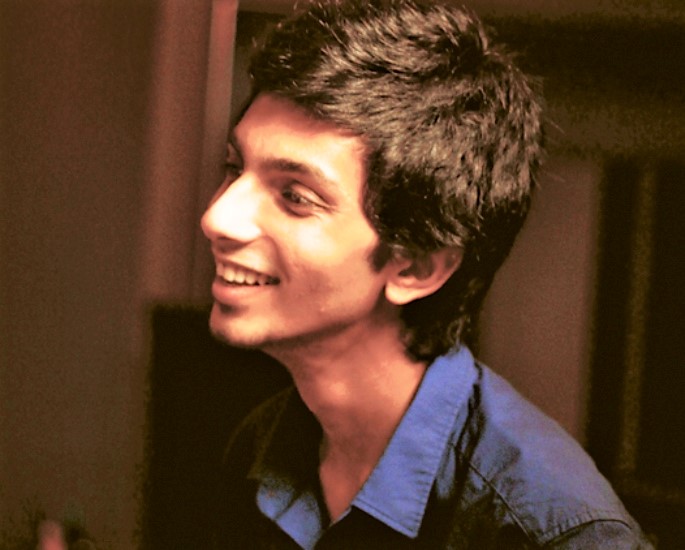 There was huge excitement in 2011 when Indian actor, Dhanush, announced his film 3 (2012), a romantic psychological thriller.

The expectations of the movie were even bigger when Dhanush’s ex-wife Aishwarya Rajinikanth was announced as the director for this project.

Yet there was also a surprise when young Anirudh Ravichander was announced as the music composer for 3. This was mainly because more established musicians were touted for the film’s composition.

The relatively unknown Anirudh was making his debut as a composer for 3 but no one expected the soundtrack to be such a huge success.

This is in part to the song ‘Why This Kolaveri Di’ which was composed by Anirudh Ravichander and written by Dhanush.

The song helped put Anirudh firmly on the map due to the worldwide reach that the song engineered.

In an interview for Rediff, Anirudh revealed Aishwarya’s instructions for the song’s creation:

“She narrated the situation and said it was about failure in love.

“It’s surprising how the tune came to my mind immediately, in just five minutes.”

“After that, Dhanush heard the track and liked it. Then, he started singing, just for fun. The first line he sang was, ‘why this Kolaveri’.”

The song was also massively popular because of the use of ‘Tanglish’. This is a combination of Tamil and English words that are spoken as an everyday language.

Although the lyrics of the track are somewhat simple, its composition showcased Anirudh’s prowess as a musician.

The chartbuster has over 312 million YouTube views and was regarded as a breakthrough in forming North and South Indian cultural unity.

Additionally, the worldwide appeal of the song reached places like America, the UK and Tokyo.

It was also covered with reports by media outlets like BBC and TIME who appreciated the universal theme as well as the head-nodding lyrics.

The song along with the album helped establish a young fan base for Anirudh Ravichander that has only multiplied ever since. 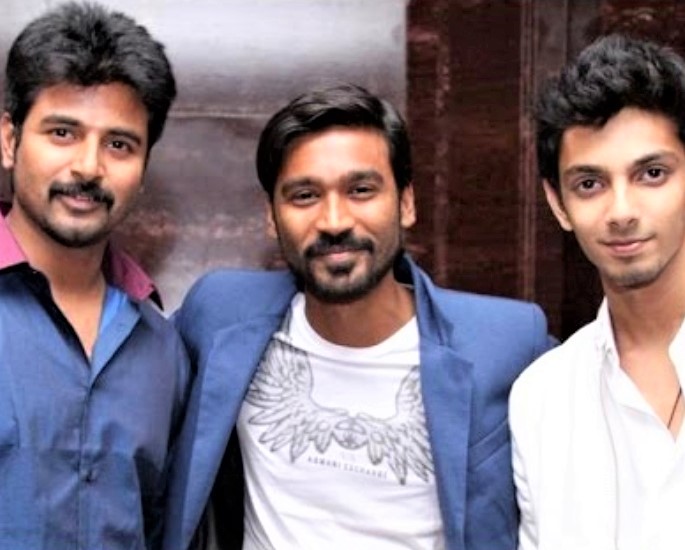 Another reason why Anirudh has gone on to cement his stardom is attributed to his association with other icons.

Most predominantly his relationship with Dhanush and actor, lyricist and playback singer, Sivakarthikeyan.

Whilst Dhanush was still climbing up the ladder, Sivakarthikeyan was a complete newbie, albeit a known face in Tamil entertainment.

The fresh combination and subsequent blockbuster albums helped both these actors and Anirudh to grow amongst the general audience.

The songs were a variety of cultural musical styles that resonated with different demographics.

Such examples from the works of Anirudh Ravichander include the 2014 blockbuster Velaiilla Pattadhari and the 2015 hit Maari.

Both films starred Dhanush but showcased the talent, versatility and socio-cultural knowledge of Anirudh as a composer.

Whereas ‘Amma Amma’ and ‘Po Indru Neeyaga’ incorporated vibrant yet classical Indian melodies. The same can also be said with Sivakarthikeyan’s films.

This was particularly highlighted in Velaikkaran. The movie collected over £4 million in Tamil Nadu alone and over £5 million at the worldwide box office, declaring it a huge success.

The Hindustan Times gave rave reviews in regards to the soundtrack, stating:

The publication also added that the single ‘Iraiva’ was “a great combination of metal and melody.”

Entertainment outlet, Studioflicks, went on to rate the music as a 3.5/5, emphasising how the “Sivakarthikeyan-Anirudh duo strikes gold again.”

The success of these films coupled with Anirudh’s songs has helped to establish the composer’s brand and experience within cinema.

From a commercial and emotional perspective, his partnership with Dhanush and Sivakarthikyean generates mass infatuation and triumph.

Adapting to the Needs of Big Heroes 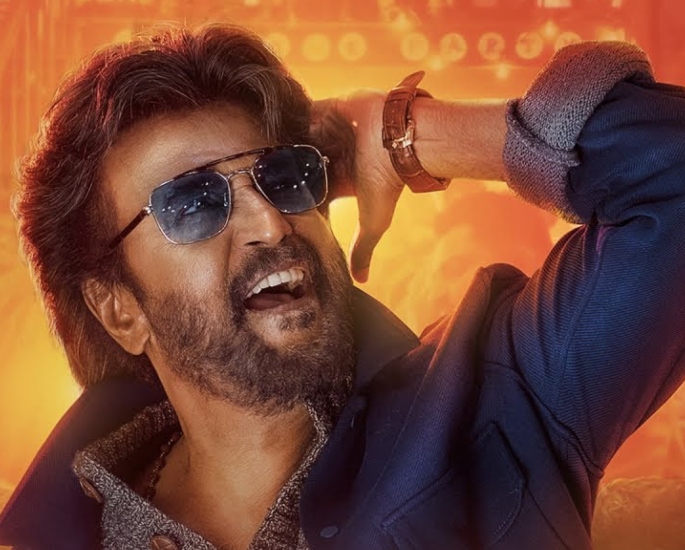 Anirudh Ravichander has created a loyal fan base through his songs and association with young icons.

Although, another reason why Anirudh has built such a strong presence is his ability to adapt to superstar actors.

For example stars such as Rajinikanth, Vijay, Ajith Kumar and Pawan Kalyan are viewed as demigods in both Tamil and Telugu cinema.

But, there is always a degree of pressure when composing songs for these actors.

Yet many people will point to Rajinikanth’s Petta (2019) as having one of the best soundtracks that helped the film prosper.

Festive-heavy hit, ‘Marana Mass’, was one of the most formidable songs in the film and provided audiences with an electrifying sound.

Vijay’s Kaththi (2014) and Master (2021) are also regarded as important and memorable due to their music.

Such adulation requires adapting to the needs of such big actors and the viewing pleasure of their colossal fanbase.

In both Petta and Master, the songs are a major highlight and examples of the adapting nature of Anirudh Ravichander.

The tracks catered to both Rajinikanth and Vijay’s stardom. However, Anirudh fuses his own elements in them, which are clearly visible when hearing.

Such aspects include crossover musical styles, the use of Tanglish in the chorus and vocal energy from singers.

These combinations make for an audio and visual treat, whilst crucially satisfying the fans of these superstars. 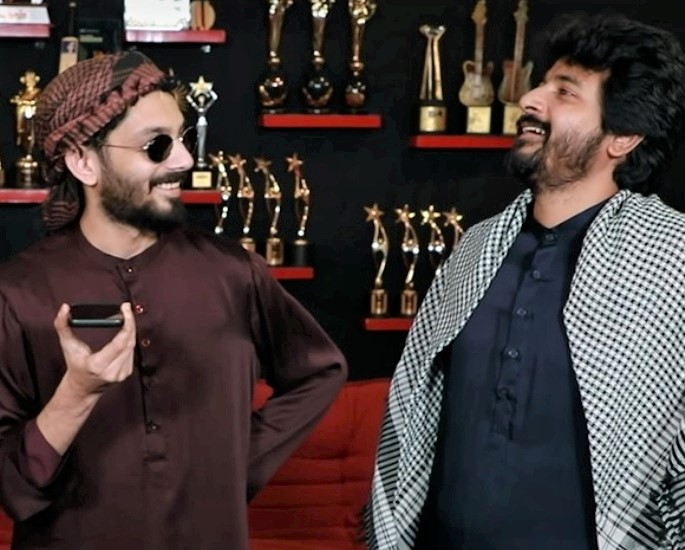 In the golden age of social media, marketing a product is compulsory for necessary exposure to the mass audience.

So, marketing also plays a part in the success and rise of Anirudh Ravichander. For example, one of the reasons for ‘Why This Kolaveri Di’ being an internet phenomenon came down to the music video.

In its initial 2011 release, the simplicity of the video attracted a huge following as it showed Anirudh and Dhanush creating the song.

This raw and behind the scenes nature attracted fans by showing them the jubilation and aura within the recording room.

In 2012, N. Madhavan, a contributor for the magazine Business Today did a case study around the track.

He highlighted the marketing triumph of ‘Why This Kolaveri Di’ and how it can help students within the field.

Discussing the pillars of successful campaigns, Madhavan states that the song teaches vital pillars around marketing.

He reports how the track is symbolic of a product. So, when marketing a product, it should evoke the same characteristics that the song did.

These include how it should show humour, connect with audiences, have the “potential for parody” and use simple language whilst generating curiosity.

The writer goes on to report how the song unintentionally went viral but as the viewing figures went up, so did the interest:

“The campaign was carefully designed to avoid sounding like a sales pitch.”

“Some radio and TV channels got exclusive rights to use the song for two days. Noting the interest, news channels began discussing [‘Why This Kolaveri Di’].”

Anirudh Ravichander has used these plus other marketing techniques to great effect.

Such examples are the funky pop song ‘Chellamma’ from Doctor (2021) and the culturally diverse ‘Arabic Kuthu’ from Beast (2022).

The technique here involves a pre-single announcement video with situational skits. These skits provide a humorous look of Anirudh, the director and the leading actor discussing the respective songs.

The underlying humour provides a sense of closeness from a fan perspective. It also foreshadows the genre of the song that they are releasing.

This unique type of marketing is a proven technique due to the intrigue of the movies and the popularity of Anirudh.

This is emphasised through the music videos for both ‘Chellamma’ and ‘Arabic Kuthu’. Both have amassed over 130 million YouTube views respectively.

The ability to cleverly utilise social media, a socio-cultural product, by Anirudh Ravichander attributes to his stardom and success. 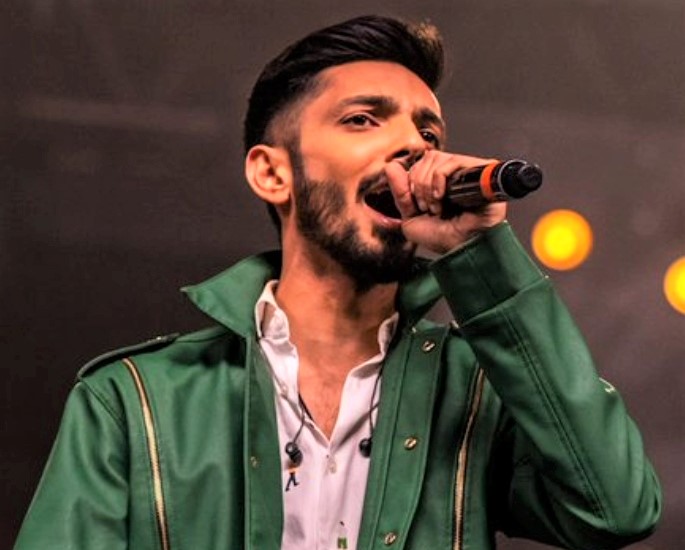 The vocal ability of Anirudh Ravichander counts as another positive in his repertoire.

With over 50 songs sung, Anirudh Ravichander has cemented his position as a popular singer across Indian cinema.

Whether it is in his own songs or collaborating with other composers, the versatility of the musician oozes through his voice adaption of each genre.

For example songs such as ‘Shake That’ (2014) and ‘Jalabulajangu’ (2021) show his funky percussive range and rock harmonies.

With such an accomplished and well-rounded ability, there’s no wonder why fans are so attracted to Anirudh’s voice.

Perhaps a key reason behind the popularity of Anirudh Ravichander is down to his experimentation of crossover musical styles.

Whereas many music composers stick to one distinct style, Anirudh is more daring. For example, his experimental vision has allowed him to incorporate contemporary hip hop and Tamil folk in his work.

The drum pattern, electric undertones and bassy raps are all on show in these tracks, highlighting his brashness to explore and execute.

There are also compositions where Anirudh blends Carnatic and western music to strong effect. These aspects are evidently seen in tracks like ‘Soul of Doctor’ (2021) and ‘So Baby’ (2021).

Here, Anirudh creates a soulful, smooth but jazzy ambience that engages the listener straight away.

Araba Kulubu, an avid fan of Telegu film, expressed how ‘So Baby’ made him feel:

“Every single word of this song expresses millions of emotions. It takes you back to your long lost unforgettable love.”

“I took this song casually before and now I am mesmerised after listening.

“Hats off of your creativity Anirudh Sir and the whole musical team.”

This desire to undertake and implement various music styles has given Anirudh Ravichander a unique name in Indian cinema.

His dynamic understanding of what today’s younger generation craves in songs shows in his musical pieces.

Such knowledge and demand from today’s youth for groundbreaking musical styles is greatly utilised by Anirudh.

At the same time, his desire to incorporate traditional elements and contemporary styles in his music highlights his importance in the music industry.

With global exposure to Indian cinema rapidly increasing, it is necessary to showcase traditional and modern music for greater attraction.

Anirudh Ravichander is perhaps the frontrunner of embracing diversity in his songs. In over 11 years, Anirudh has cemented his position as a cultural icon for the youth and beyond.

He is a prime example of the cinematic shift within India and thus rewarding him with grand success. The musician has already won a plethora of awards, highlighting his status amongst cinematic elites.

Then in 2020, he was prized with the ‘Best Music Director Award’ at the Zee Cine Awards Tamil.

With over thirty accolades to his name already, there’s no denying how creative, visionary and musically sound Anirudh is.

Although he is relatively young, the future is extremely exciting in particular, for actors and the fans of Anirudh Ravichander.

Hariharan is a MA Media graduate. He has a huge passion and love for Indian cinema and culture. One of his favourite quotes is, “ Life is what you make it”.