An Andhra Pradesh man told his parents about his Punjabi girlfriend. His story made netizens compare it to the film ‘2 States’.

An Andhra Pradesh man posted a lengthy Twitter thread, detailing how he told his parents about his Punjabi girlfriend.

The story ended up hooking netizens, who could not help but compare it to the Bollywood film 2 States.

The 2014 film starred Arjun Kapoor and Alia Bhatt. It is about a Punjabi-Tamil Nadu marriage.

Netizens highlighted the similarities between the film and Vivek Raju’s family.

His thread started off: “Broke the news about my girlfriend to my parents last night. We are from Andhra. My girlfriend is Punjabi.

“Fun times in the house. Mom is okay. Dad has gone completely silent.

“Having fun observing this once in a lifetime reaction from parents (unless my brother drops a bomb too).”

Broke the news about my girlfriend to my parents last night. We are from Andhra. Girlfriend is Punjabi.

Fun times in the house. Mom is okay. Dad has gone completely silent.

Vivek later explained that his girlfriend’s family were “absolutely fine” with the relationship.

He cheekily added: “No drama. I doubt they are from India.”

Upon hearing the news, Vivek’s father began avoiding his son. He later insisted on having the girlfriend fly down to meet the family.

However, the plan was abandoned due to the Covid-19 pandemic.

Vivek wrote: “Ok. Sense has prevailed. Told my mom before leaving for office that she doesn’t need to fly down.

“And also, it seems dad unwillingly muttered ‘his choice’ before leaving.”

Meanwhile, Vivek revealed that his mother is supportive of the relationship and “already dreaming about daughter in law and all and how they’ll hang together”. 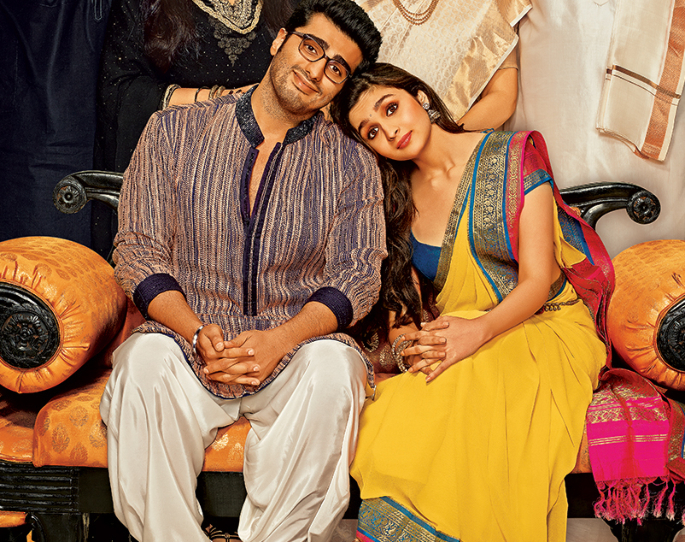 Continuing his thread, the Andhra Pradesh man said he could not settle things with his father over a drink because they do not drink.

His father soon went to work, leaving the relationship story on hold.

As netizens flooded him with questions, Vivek resumed the updates and explained how his mother decided to send pictures of the girlfriend to his father.

But after sending the pictures, what followed was silence.

Upon returning home, Vivek tried to make conversation with his father by discussing the Indian Premier League but that did not work.

Vivek then chooses to leave the room to avoid an ugly situation.

When netizens started criticising the father for his reaction to the relationship, Vivek stated that his father is “not a villain”.

He added that he will give his father some space to process the announcement.

“This is gonna take few days. Or weeks. Don’t know. Adieu till then. Be on the lookout.”

The Twitter thread went viral, with users suggesting ways to get Vivek’s father on board with the relationship.

One person wrote: “I can totally relate to this… My wife is from Andhra and we are from Madhya Pradesh.

“Definitely once in a lifetime moment to convince both the families. Both of us were on the edge till we got married. In the end, Love triumphs all!”

Many compared Vivek’s story to 2 States. One user commented:

Other users loved Vivek’s story and told him to keep his followers updated.

Dhiren is a journalism graduate with a passion for gaming, watching films and sports. He also enjoys cooking from time to time. His motto is to “Live life one day at a time.”
Indian Lawyer Catfished into ‘engagement’ with Prince Harry
Indian Woman says Brother’s Marriage ruined Family’s Life