An Indian Wedding in Kenya by Rima Darwash

"It was definitely one of the best wedding experiences of my life."

When Amit and Priyum decided to get hitched, never have they imagined kidnapping would be a part of their Indian wedding.

However, when the extraordinary photographer Rima Darwash got involved, anything could happen!

Set in Kenya, the wedding combined Sikh and Hindu elements, but also incorporated another style of ceremony along the way.

Rima wanted the pair to experience African culture, so she managed to get the Maasai tribes to fake-kidnap the couple and perform their own impromptu Maasai wedding ceremony. 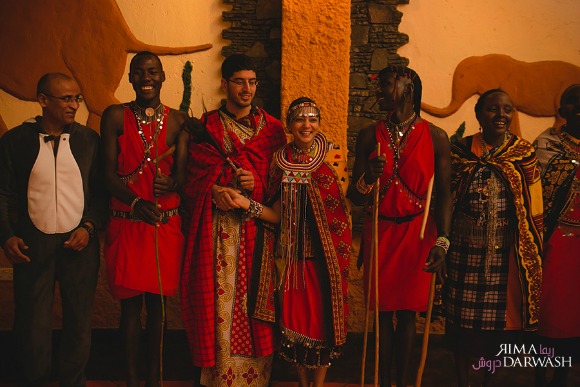 In an exclusive Gupshup with DESIblitz, Rima tells us the story behind it:

“What happened was, the groom was taken off separately, and then the bride was too. The Maasai tribe got them dressed, brought them into hut and did a Maasai wedding.

“The ceremony consisted of dancing, chanting and involved a ritual of jumping.

“The Maasai believed that the higher the couple were to jump, the happier and more fruitful the marriage would be. It was really fun to watch!” 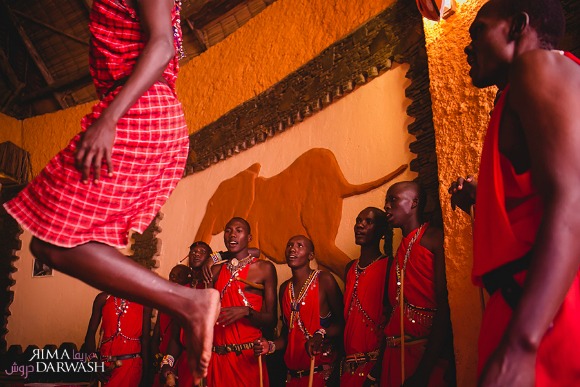 Amit and Priyum, two doctors based in London, decided to have their wedding in Kenya as the bride’s family live there.

Having grown up in Kenya, they were more than happy to incorporate some of the Kenyan culture into their own wedding.

Flying over at least 60 guests from the UK alone, the invitation list was huge, as Priyum has a large family in Kenya who all attended the spectacular ceremony.

As well as this, Rima reveals how the couple made special arrangement to accommodate their different religions in the wedding:

“Each day was different. They both had religious parts of the wedding which happened on separate days.

“They then combined with a big reception at the end on the beach.” 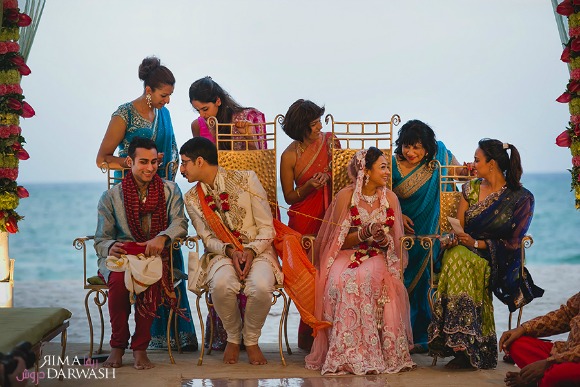 The wedding, through the work of Rima’s keen vision, included many more features.

The reception photography centred around the theme of the Red Carpet which meant the couple enjoyed another dressing up session – all of which was set on a beautiful beach with family and friends.

This idea stemmed from Rima’s initial plan for their pre-wedding shoot, which was set in the UK.

Taking in the atmosphere of a vintage cinema, Amit and Priyum had their name in lights whilst posing for intimate and comical photos. 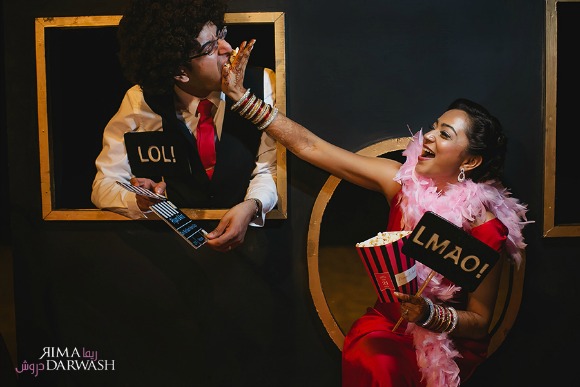 Rima explains her pre-wedding shoot concept: “I like to do concept shoots for pre weddings, like thinking of styles, locations and themes.

“I ended up doing this shoot in the cinema, but it was not a normal cinema, it was more vintage with old posters on the wall. I managed to speak to the owner and get their name up in lights.”

Extending this concept in their wedding reception too, the couple certainly liked this quirky idea!

Rima, based in Leeds, is used to having a clientèle mainly in London and around the UK. Comparing it with shooting a wedding in Kenya, she tells us: “Destination weddings are a whole different ball game.

“There’s a lot more pressure on you – they’ve selected you to fly out to shoot this big glamorous event.

“You’re in a country you’ve never been to before, battling against different elements, shooting everywhere. We shot on the beach, on safari, and also, you’re battling with different time zones.

“It is a lot more challenging physically, as I constantly had to carry all my equipment on me. It’s not as glamorous as people think!” 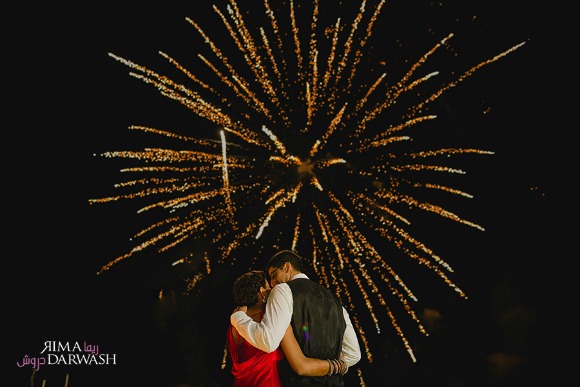 Putting all hurdles aside, Rima feels this Indian wedding is ‘one of the best wedding experiences of my life’.

Take a look into the wedding of Amit and Priyum through Rima’s outstanding photography: