Most Expensive Indian Wedding in Turkey with Big Stars

The wedding of Medha Ahluwalia and Nalin Khaitan has been dubbed as the most expensive Indian wedding to take place in Turkey.

Entertainment was a major highlight for this very expensive Indian wedding

When it comes to big fat Indian weddings, we know that from Bollywood stars to the Ambani’s no stone is left unturned. However, now the most expensive Indian wedding to take place in Turkey has wowed the country.

The famous resort in the city of Antalya became the host for one of the biggest and lavish Indian weddings ever.

The city and venue have fast become a destination for million-pound weddings, as shown by this particular wedding.

The three-day affair which celebrated the incredible marriage of Medha Ahluwalia and Nalin Khaitan featured some of the most exquisite and no expense spared activities.

The couple is from two of India’s richest families who have created their wealth from the mining business. 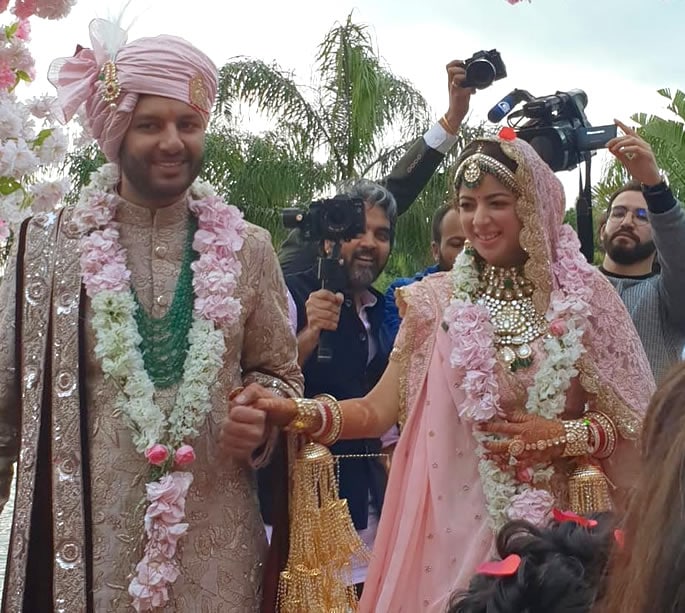 Over 650 wedding guests were flown from India to this dream wedding Turkey destination by a private charter jet.

The venue which has a waterfront had a huge name board saying ‘MEDALIN’ in the water and was lit up in the evening.

Pink and white flowers and garlands were beautifully used to decorate the venue which has a pier.

The ceremony was traditional with guests enjoying the excitement of the marriage between the couple.

Entertainment was a major highlight for this very expensive Indian wedding. 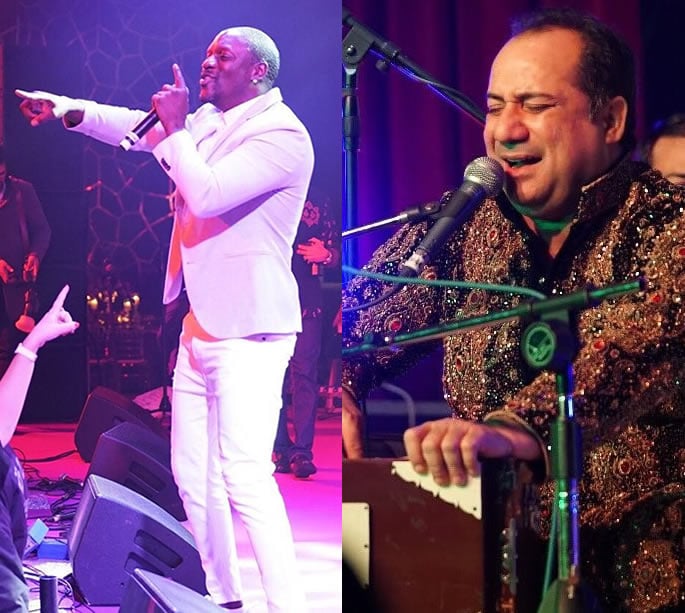 They lit up the stage at this grand affair of a wedding and the guests including, Indian designer Manish Malhotra, loved every minute joining in the celebrations and dancing to their songs. 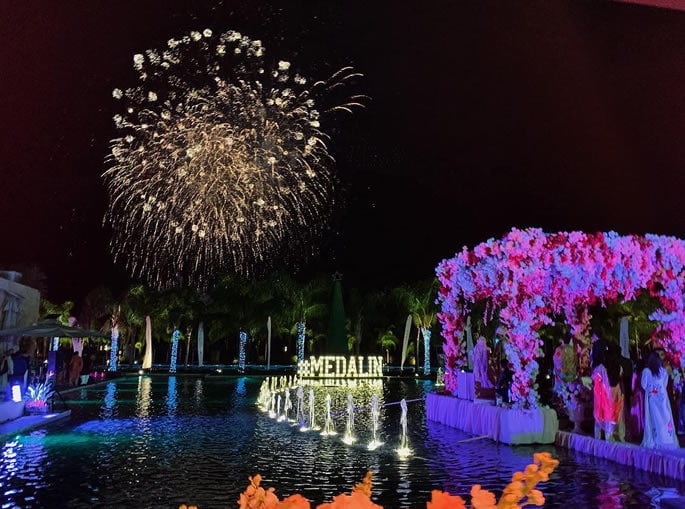 A glorious fireworks display lit up the venue as part of the lavish wedding.

Marche Event Management was behind the organisation of this incredible wedding. They posted an Instagram video with highlights.

Inventum Global was the company behind organising this extravagant wedding, who are based in Antalya.

Bünyat Özpak the co-owner could not disclose the complete cost of the wedding due to a non-disclosure agreement between the two families but definitely confirmed it to be the most expensive and largest Indian wedding in Turkey, saying:

“They arrived in Antalya on Feb. 7. There are about 650 invitees and 450 technical crew personnel.”

Özpak also indicated that Antalya in Turkey is fast becoming a destination for Indian weddings like these.