Pernia Qureshi pulled out all the stops for her spectacular destination wedding. She looked beautiful over the day event surrounded by family and friends.

Stylist and entrepreneur Pernia Qureshi went back to the place where it all began to host her spectacular wedding day.

She married businessman Sahil Gilani at the Four Seasons Hotel Istanbul, Turkey, at the Bosphorous on October 2, 2019.

Pernia first entered Bollywood with her debut in 2015 with the film Jaanisaar.

Despite not having achieved box-office success, she has remained popular in the fashion business.

She went on to create her clothing brand under the name Pernia Qureshi Label.

In addition, she designed costumes for Aisha (2010) starring Sonam Kapoor.

Designers such as Shivan Bhatiya and Masaba Gupta attending the wedding events. 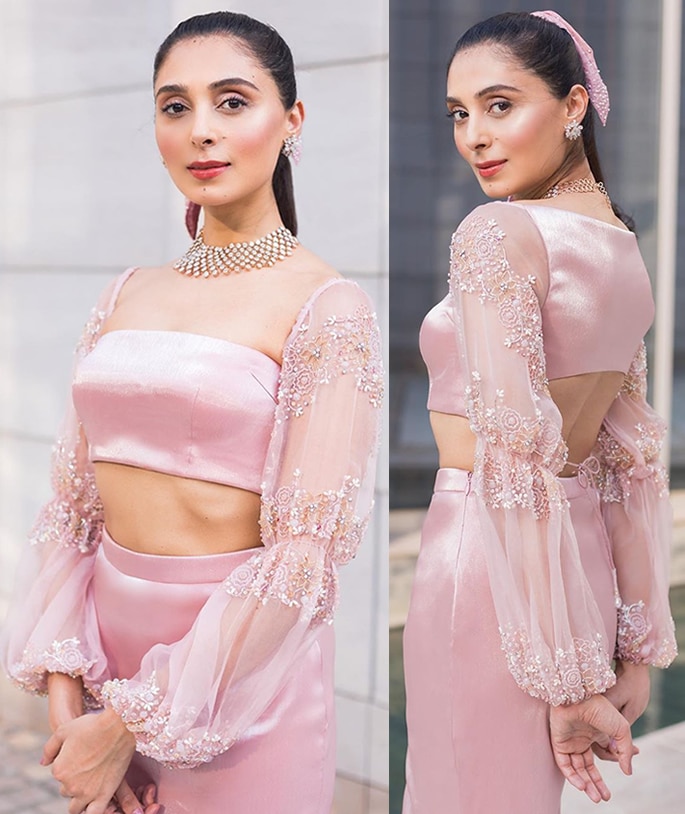 After an array of events from the proposal in Istanbul, a bachelorette in Tulum, Mexico and bridesmaids shoot in India, the wedding was a lavish affair.

For her bridal shower, Prenia looked radiant in a pink fishtail lehenga from her brand.

Videos of the stunning bride quickly circulated on social media. She was seen amidst her family and close friends who travelled to share their happiness. 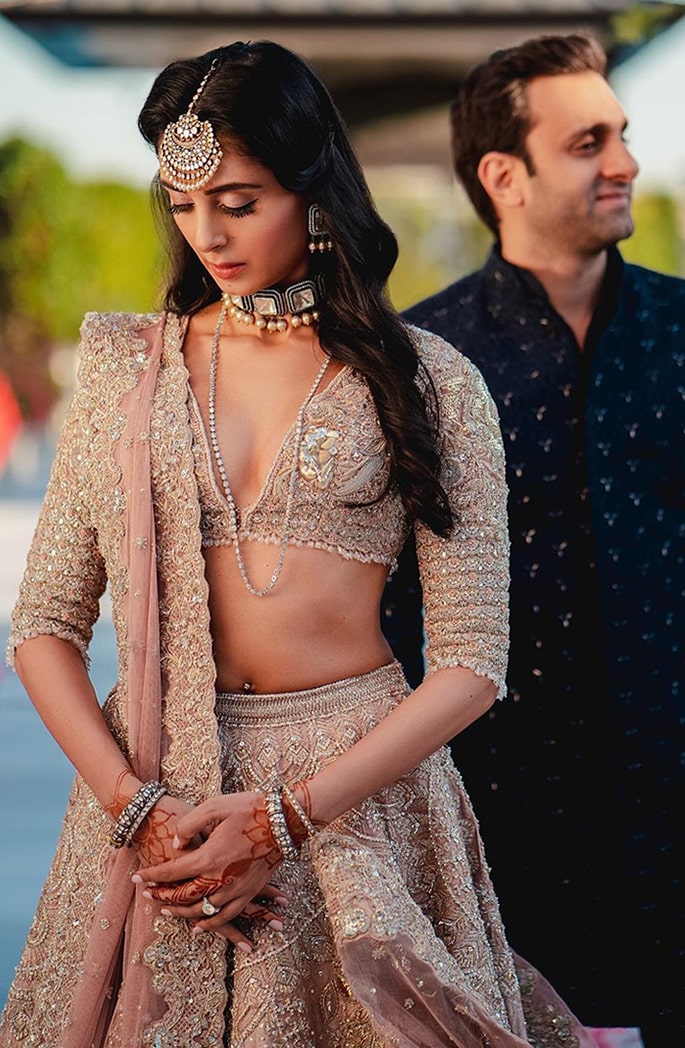 To begin the celebrations the mehndi and sangeet ceremonies were held at the same venue on September 29, 2019.

During the day, mehndi celebrations went underway. Pernia opted for an ivory kurta outfit from her label. This beautiful outfit consisted of floral beaded embellishments.

The look was completed with pearl chandelier earrings and maang tikka.

After the mehndi, the sangeet took place in the evening.

The heavily embellished outfit with a plunging neckline and statement jewellery by Amrapali Jewels matched the amazing décor.

During the event, Pernia took to the dancefloor to entertain her guests with a performance on ‘Aahun Aahun’ from Love Aaj Kal (2009).

She was then followed by her bridesmaids who performed to ‘Vaddi Sharaban’ from De De Pyaar De (2019). 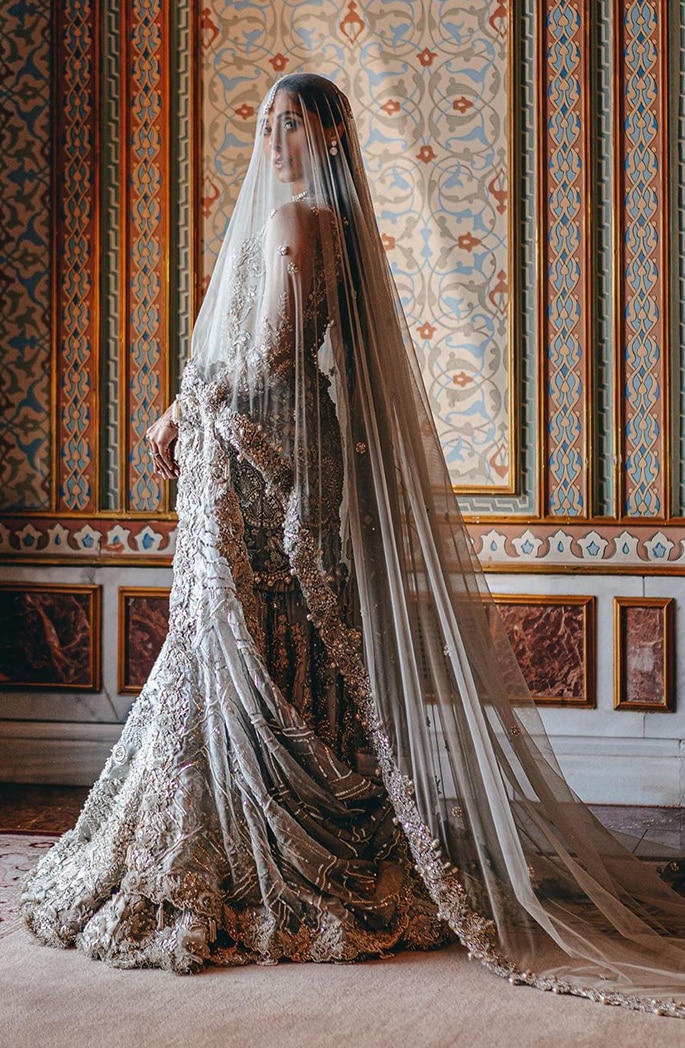 Continuing to her reception day, Pernia walked down the aisle in an Elan creation.

The breathtakingly beautiful outfit entailed intricate designs throughout with a sheer dupatta. 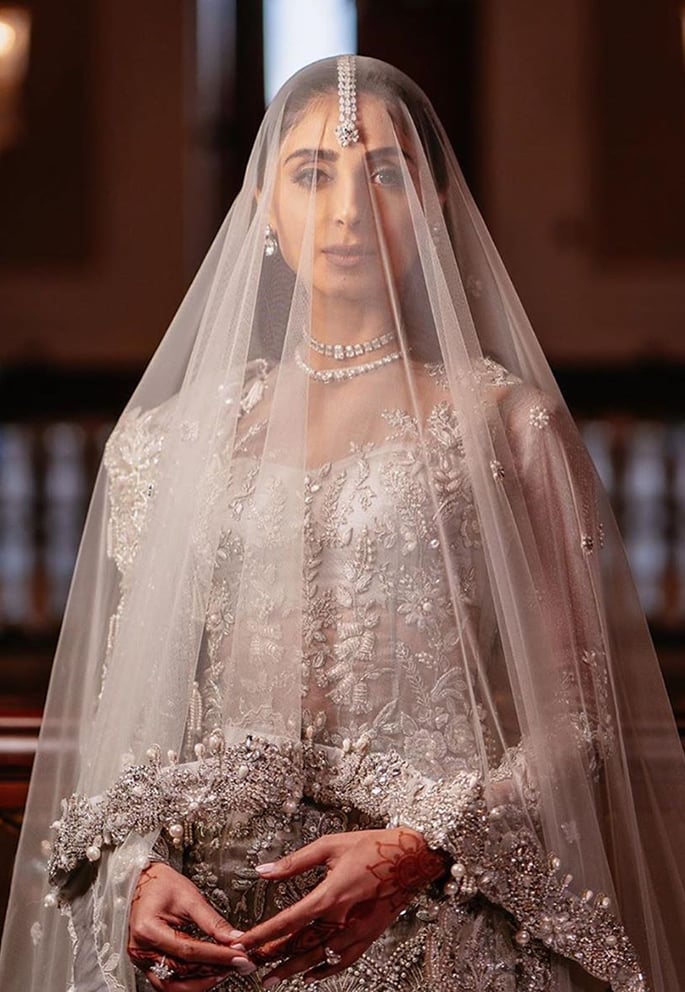 To complete her look, she paired it with diamond jewellery. 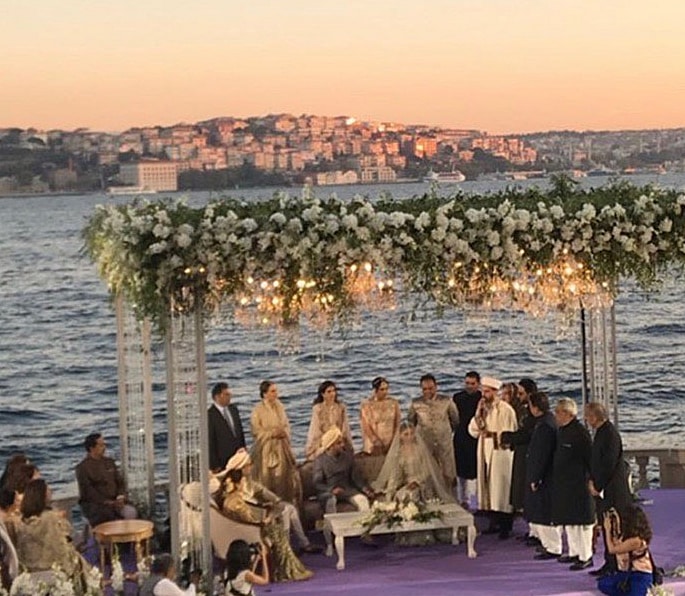 The grand stage was designed with fresh white flowers as the couple were surrounded by their nearest and dearest.

It was clear from the pictures and videos shared online by the guests in attendance that Prenia and Sahil’s Turkish wedding was amazing and stylish.

The destination wedding successfully incorporated a Desi flare and will surely go down as one of the best weddings.

We wish the couple a happy married life together.

Ayesha is an English graduate with an aesthetic eye. Her fascination lies in sports, fashion and beauty. Also, she does not shy away from controversial subjects. Her motto is: “no two days are the same, that is what makes life worth living.”
Mahira Khan lights up Paris Fashion Week with Helen Mirren
Heavy Silk Sarees for an Elegant and Stylish Look