An Indian woman was reportedly raped in a private hospital in Delhi, whilst recovering from giving birth. An investigation is underway.

"My daughter-in-law screamed but nobody came."

An Indian woman was allegedly raped hour after giving birth on February 13, 2016.

The 23-year-old victim delivered her baby through Caesarean section in a private hospital at Bahdurgarh, New Delhi

She was admitted to the ICU at the private hospital in Haryana’s Jhajjar district.

Police have released CCTV footage of the man they want to trace over the alleged rape.

It shows the man getting down from a Verna car outside the hospital around 3.30 am.

He went straight to the ICU and allegedly told the guard that he was a doctor when entering the ward.

He was pictured on his phone whilst entering the ICU, where he lifted screens and checked out patients inside the ward.

Reports also suggest the man went to another hospital in the same neighbourhood where a similar attempt on another woman in ICU occurred.

However, the second victim woke up and raised the alarm. The man then fled the scene.

Video footage of the man at the second hospital has also been captured. Footage from both hospitals have been seized by police.

“We are getting the footage from other places in Bahadurgarh as well to trace his movement. His pictures will be circulated.”

Lapses in security are being looked into as someone was allowed to enter the ICU. An official from the hospital says:

“There are eight beds. Beds on either side of the alleged victim are occupied but no one heard any noise.”

The victim had the nurse call her husband to inform him of the incident. He then made a complaint on the basis of the case of rape that has been registered against the unidentified man. 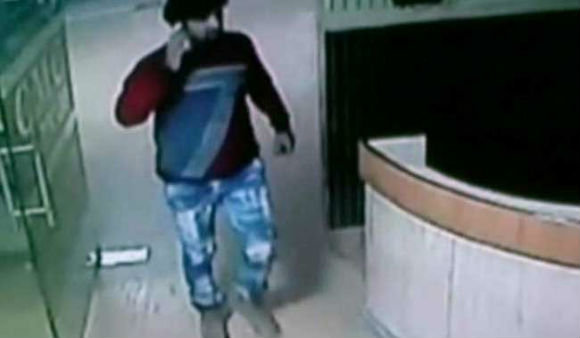 A relative of the victim comments: “She is my nephew’s wife and she gave birth to a girl yesterday and was admitted to the hospital.

“I was with her till late 9.45 pm and then left because the hospital staff said no one was allowed to stay the night in the ICU. There was nobody in the ICU when the man entered.

“All the patients were sleeping. My daughter-in-law screamed but nobody came, neither any nurse nor any doctor.”

The hospital is currently investigating the incident.

Images courtesy of NDTV and The Indian Express.