After Alia Bhatt announced her pregnancy, some criticised her. Does it prove that India still remains a largely misogynistic society?

"we still live in some patriarchal world"

On June 27, 2022, Alia Bhatt announced that she was expecting her first child with husband Ranbir Kapoor.

But there was a mixed reaction. While some congratulated her, others started a guessing game.

There were questions about the gap between her marriage in April 2022 and her pregnancy announcement two months later. 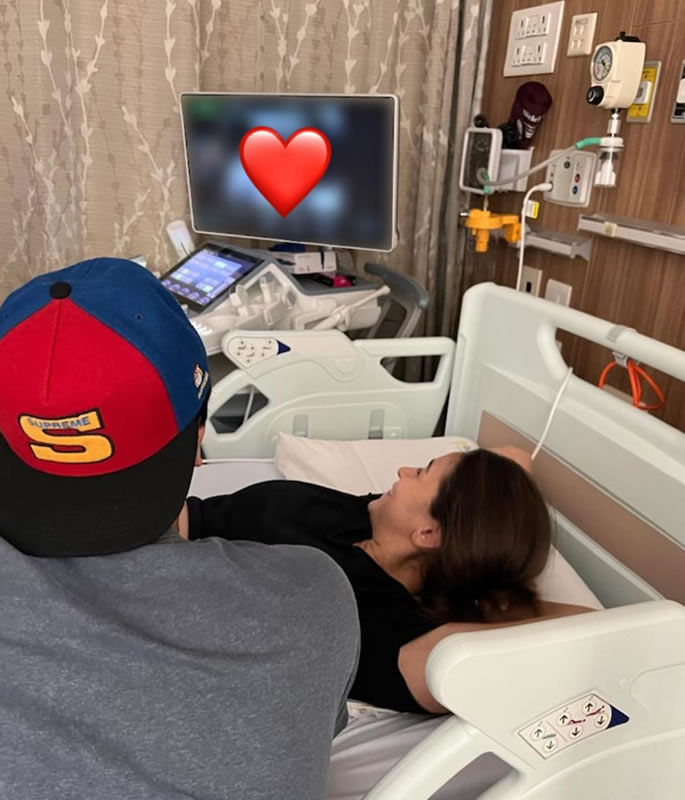 But why has this become such a big deal?

Since the pregnancy announcement, fans have been speculating whether Alia was actually pregnant at the time of her wedding.

Some also believed it was the reason for the wedding, pointing out how low-key the ceremony actually was.

In other words, wondering if the Bollywood power couple had a ‘shotgun‘ wedding – a colloquial term used when a wedding is arranged in order to avoid embarrassment due to premarital sex which can possibly lead to an unintended pregnancy.

This is regressive considering it is 2022 and pre-marital sex is hardly a taboo anymore.

Even though Alia Bhatt and Ranbir Kapoor are consenting adults who can choose when they want to have a child, it is surprising to see the amount of shock among people especially since the couple are married.

The private nature of their relationship has also sparked speculation that it is a promotional move for their upcoming film Brahmastra.

But the misogynistic comments have not been limited to just people on social media. Some media outlets have been making unsolicited comments about how the pregnancy will impact Alia’s work.

Alia is currently in the UK working on her Hollywood debut Heart of Stone, but according to one report, Ranbir might travel to the UK to “bring his wife home”.

Another report falsely claimed that Alia planned her pregnancy in such a way that it would not affect her work commitments.

Alia Bhatt called out the “patriarchal” reports, posting on her Instagram Story:

“Meanwhile in some people’s heads, we still live in some patriarchal world… FYI.

“Nothing has gotten delayed. No one needs to pick anyone up. I am a woman not a parcel.

“I do not need to rest at all but good to know you’ll have a doctor’s certification as well. This is 2022.

“Can we please get out of this archaic way of thinking.” 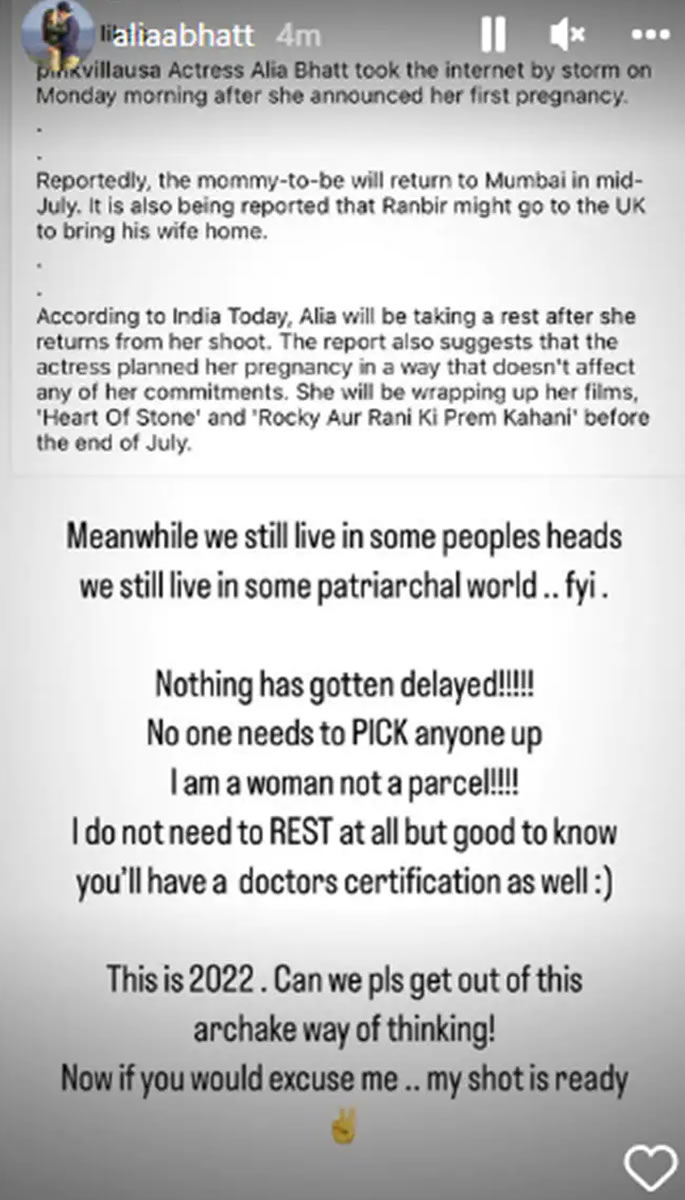 While the actress handled the situation well, these claims make us wonder why India would prefer to discuss something personal like an individual’s pregnancy as opposed to other issues.

The misogynistic comments become even more concerning when you consider that some people believe the pregnancy was a plan devised by Alia to get Ranbir to “settle down”.

Ranbir’s dating life has been in the public eye, having previously been in relationships with the likes of Deepika Padukone and Katrina Kaif.

Many feel that Alia trapped him into dating her despite the fact that Ranbir has publicly stated how much he loves her.

Alia is one of Bollywood’s biggest actresses so does she need to resort to getting pregnant so she can secure the loyalty of her husband?

The answer is no. This is a misogynistic attack on a successful woman who has always made her own decisions.

And some of her fans have pointed it out as they come to her defence.

Another user said: “Reproductive rights are a woman’s choice.

“Shaming her and questioning her morals is the worst society can do!”

“Someone’s pregnancy announcement is not an opportunity to make a meme or topical branded ads either!

The next thing that comes to mind is the lack of acceptance when it comes to pre-marital pregnancies and Alia is not the first star to be the subject of such regressive attitudes.

In April 2021, Dia Mirza announced her pregnancy just over a month after her marriage, resulting in trolls criticising her.

Neha Dhupia was also under the spotlight for a similar reason.

This is not a recent thing.

Celebrities like Celina Jaitly and the late Sridevi were also questioned about their pre-marital pregnancies.

Sridevi was possibly the only actress who, at the time, admitted to being pregnant with Janhvi Kapoor before tying the knot with Boney Kapoor.

India has evolved in terms of technology but for some, the mindset remains backwards.

The country continues to have an obsession with unplanned or pre-marital pregnancies and this goes to show that society is still far away from having a collective mindset that is informed, equitable and renewed.

As for the misogynistic reaction towards Alia Bhatt, it is her choice to become a mother whenever she wants.

Dhiren is a journalism graduate with a passion for gaming, watching films and sports. He also enjoys cooking from time to time. His motto is to “Live life one day at a time.”
Suniel Shetty insists ‘Bollywood is Not Filled with Druggies’
Sona Mohapatra says its a ‘Shame’ some Stars can’t speak Hindi