“You define who you are. No one else."

Ali Zafar made a statement on Instagram as he shared a picture of himself wearing black nail polish.

The singer-songwriter is known for speaking out against societal stereotypes.

Ali posted a series of images on Instagram featuring him in an all-black ensemble.

But the talking point was his painted nails.

Ali captioned the post: “You define who you are. No one else. #breakingstereotypes.”

The musician was subjected to criticism, with one follower suggesting he “try some bangles and lehenga next time”.

One homophobic comment read: “If by doing this you are supporting LGBTs… then shame on you and the ones who you support. Lost respect!”

Another said: “Are you going to change ur gender… Don’t forget you are Muslim sir…”

Others said they would be unfollowing Ali Zafar. 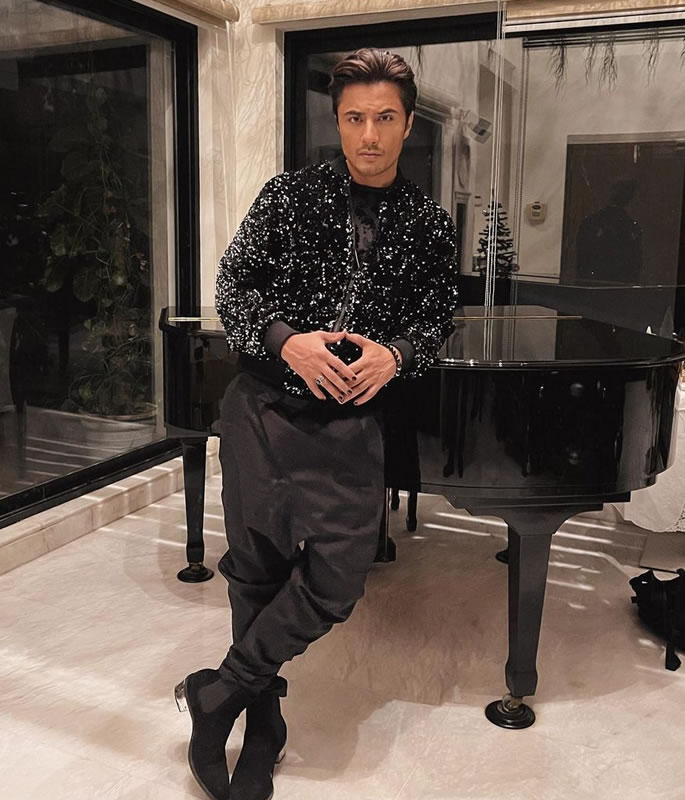 But the hate did not affect Ali as he gave a befitting reply, joking that he was also wearing pink underwear.

This comes two weeks after Ali Zafar came out in support of his brother’s new burgundy hairstyle.

Danyal Zafar posted an image of his brand-new hair colour on November 7, 2022, and it attracted a lot of insulting comments about his image and lack of manhood.

Another said: “You used to be a man.”

Danyal reacted to the criticism by posting the aforementioned disparaging comments on his Instagram Story and proudly defended his new appearance.

Ali emphasised the need to abandon old-fashioned ideas of masculinity and pleaded with his brother to hold off on going back to having short, black hair

“Yo, Danyal. Now I will get upset with you if you cut your hair or dye it black.”

Danyal was further urged by Ali to “kill the concepts of masculinity” that do not apply to modern society.

He went on to say: “Gotta kill these concepts of masculinity from stone ages.”

Ali then told his younger brother to get his hair dyed pink for his upcoming photo shoot and wear it with a “fuchsia-coloured blazer”.

He wrote: “Have long pink hair, a fuchsia coloured blazer, and a clean-shaven face.”

Ali concluded by praising Generation Z people, reminding them that they have the right to decide who they are.

Ilsa is a digital marketeer and journalist. Her interests include politics, literature, religion and football. Her motto is “Give people their flowers whilst they’re still around to smell them.”
How Saadul Islam ventured into Music?
5 Top British Asian Male Singers with Unique Voices