A high-profile sex racket was busted by police in Mumbai. The operation was run by actress Amrita Dhanoa and model Richa Singh.

"We have rescued two girls and arrested two people"

Bollywood actress Amrita Dhanoa and model Richa Singh were arrested for their involvement in the running of a sex racket.

The women were arrested following a police raid on a luxury hotel in Goregaon, Mumbai.

The raid was conducted on January 9, 2020, after Deputy Commissioner of Police D Swamy received a tip-off about a sex racket operating at a five-star hotel.

Police officers also went undercover and posed as customers. According to police, the women and a man were arrested after officers confronted them at the hotel. A fourth arrest was made later.

Dhanoa and Singh allegedly supplied female sex workers to clients. A man named Sameer was a pimp in the operation. He supplied prostitutes online.

Four arrests were made while two young women were rescued.

On the arrest of Dhanoa and Singh, Senior Inspector Dharmendra Kamble said:

“We have rescued two girls and arrested two people in the case. Can’t disclose the names of rescued girls.”

A case was registered under Sections 370(3) and 34 of the Indian Penal Code as well as Sections 4 and 5 of the Prevention of the Immoral Trafficking Act.

Staff at the hotel released a statement which read:

“We are writing this to inform that there was a police raid conducted in our hotel last night dated where they had allegedly laid a trap by sending two men to book rooms.

“Later it was portrayed that these guest had invited call girls in their room where they were caught.”

“During the investigation, we have given full cooperation to the police department.

“We would like to highlight that the manager and the staff were nowhere involved in this act. The police had laid a trap by sending the guest directly at the hotel reception to book the room.” 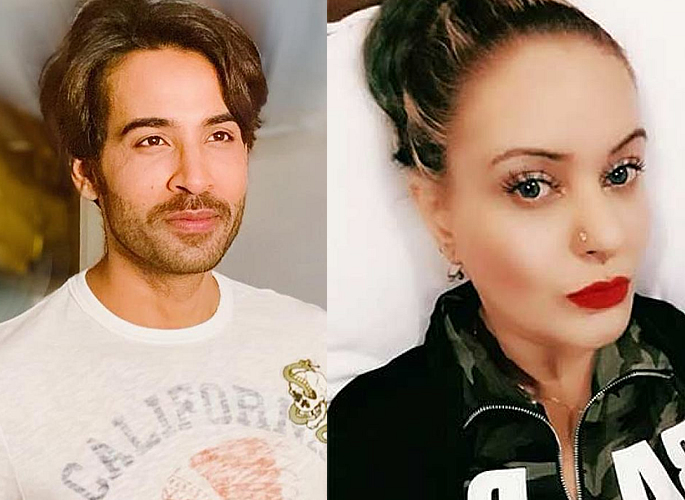 She is reportedly the ex-girlfriend of evicted Bigg Boss 13 contestant Arhaan Khan.

Dhanoa previously hit headlines when she accused Arhaan of conning her out of Rs. 5 Lakh (£5,400).

She also claimed that he was cheating on her while they were in a relationship. Their relationship reportedly spanned from 2006 to 2010.

Following her arrest, Dhanoa has pinned the blame on Arhaan.

He denied the claims that he took money from her. He also stated that he was never in a relationship with her and even said that he has never met her.

Arhaan explained to the Times of India:

“Yes, even I read somewhere that she is blaming me for her arrest. I mean I don’t even know her, how can I get her arrested.

“I had cleared in the media during an interview that I don’t know this girl (Amrita).

“However, few publications went ahead and did her interview and she got a chance to spread the lie.

“I still stand on my ground that I don’t know this girl and have never met her, how can I date her or be in a live-relationship.”