Names of Telugu and Kannada actresses have surfaced involved in a Tollywood sex racket organised by Kishan Modugumudi and his wife in Chicago, USA.

Film co-producer Kishan Modugumudi and his wife Chandra from India have been busted for running a Tollywood sex racket in Chicago, USA, involving Telugu film actresses.

Federal agents of Homeland Security Investigations filed a 42-page criminal dossier against them after they were arrested on April 28, 2018, in Washington.

Now, as part of the investigation, names of Tollywood actresses have surfaced who were being lured into prostitution as part of the sex business being run by the husband and wife.

It’s said that the couple who were illegally living in the US, have been tempting young Tollywood and Kannada actresses and models to come to the USA for ‘events’ but in reality, it was for them to offer sexual services being organised by the duo.

A total of five victims have been mentioned in the criminal complaint against 34-year-old Kishan Modugumudi (alias Raju alias Sreeraj Chonnupatti) and his wife. Two of the names are of actresses who originated from Bengaluru and Chennai.

It’s been revealed by Tollywood sources that the two actresses named were frequently seen on Telugu Association conference videos filmed in the US. One of the actresses was seen to be thanking Modugumudi for his help, according to the Times of India (TOI).

The disclosure of the sex racket conducted by the couple gave fuel to Tollywood actress Sri Reddy’s casting accusations against major players in the South Indian film industry.

At the time Sri Reddy stripped and protested in public to highlight the issue that actresses are facing. 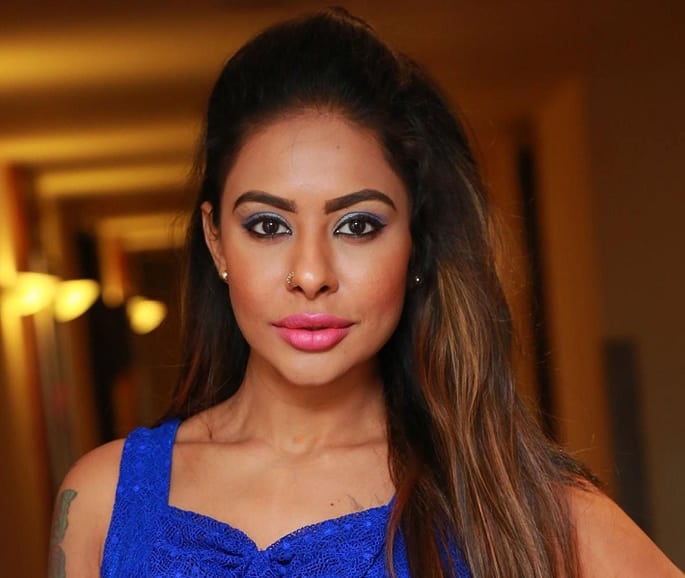 Since the revelation of this Tollywood sex racket in the USA, Reddy has once again come forward saying she was in-fact approached by Modugumudi and his wife as well, telling News 18, she said:

“They will arrange visa and everything else for you. Artists are paid anything between $1000 and $10,000, depending on their popularity.”

“Usually when artists fail to get offers, they go to the US and are lured into prostitution.”

The sex racket was being operated by the couple targeted young actresses who were desperate for success and at the same time vulnerable. They were being told that they were being booked for promotional events and better job offers.

However, their names were being advertised by the couple for them to provide services as prostitutes across the USA.

After providing the airfare and accommodation in a house in Chicago, hotels and deplorable apartments for the actresses, the couple then allegedly charged clients up to $3,000 for each actress who came to the US.

It’s reported the filed complaint against the couple states:

“The accused would take the victims to Telugu and other Indian conferences held across the US to identify potential customers who would pay them to engage in commercial sex.”

Records were kept of all clients and services by the couple.

It’s also revealed that Kishan’s wife Chandra kept an account of the sexual acts performed by each actress and the money paid by each client for the service.

According to the Chicago Tribune, the filed dossier provides details of threats made against the actresses:

“If that wasn’t enough, the couple also threatened the victims and warned them against approaching the police. Modugumudi told one of the victims that ‘it would be nothing for him to harm her if she talked to the police about him because she is small and unknown, not a big actress’

“(He) further stated he had a copy of her passport with her family’s name and address in it.”

When the federal agents raided the couple’s home, they reportedly found over 70 condoms divided up into “multiple Ziplock bags”.

The couple were found out by US authorities after one of the victims reached the US late to attend a ‘star night’ for Telugu Association of Southern California (TASC) in November 2017.

Upon investigation, she said she came to attend another conference North America Telugu Society (NATS) held in Schaumburg, Illinois, Chicago. However, NATS said they had no record of the event of the actress.

This sparked suspicion and the US agencies began to probe the matter which led them to Kishan Modugumudi and his wife.

After the arrest of the couple in April 2018, it’s reported that their two children are in the custody of child welfare officials in Virginia.

Since the revelations of this Tollywood sex racket by the US authorities, the Movie Artists Association (MAA) will be discussing the matter at a meeting on June 24, 2018.

Speaking to TOI, the president of the MAA said that they have warned actresses not to go to the US for these events organised by the couple. He said:

“Usually, artists are not aware of the visa type issued to them for attending conferences in United States, Dubai, Singapore or Australia. We are requesting artists to inform MAA about performance schedules and attendance at events abroad so that we can talk to organisers or associations and verify credentials.”

This news had added to the woes of the Tollywood and Kannada film industry needing to address issues of sexual exploitation and the casting couch raised by Sri Reddy and other actresses who are coming forward unlike the past.

Nazhat is an ambitious 'Desi' woman with interests in news and lifestyle. As a writer with a determined journalistic flair, she firmly believes in the motto "an investment in knowledge pays the best interest," by Benjamin Franklin.
Adult Star Shanti Dynamite to enter Bigg Boss 12 House?
65th Jio Filmfare Awards South 2018 Winners