7 Variations of Khichdi found in India

Khichdi is one of the most popular dishes in India. DESIblitz explores the different types of khichdi around the country.

"It is food you can eat all year round"

Khichdi, or khichri, is a popular South Asian dish made of rice, lentils and spices. It is usually a savoury dish but there are many variations across the subcontinent, especially in India.

Due to the wide range of dishes in India, the country doesn’t have a national dish

But in 2017, the government tried to designate this title to khichdi.

This failed, however, as the majority of governors denied it.

The combination of rice and lentils is a source of key nutrients such as carbohydrates, protein and fibre.

Because of these factors, some Indians might associate khichdi with childhood and as a go-to dish when they are unwell.

Khichdi has also been a popular topic on TikTok and Instagram, with many Ayurvedic influencers highlighting the benefits of khichdi for digestion.

Popular influencer, Radhi Devlukia-Shetty, has spoken many times about a “khichdi cleanse”, where she argues eating different types of khichdi for each meal can improve digestion, sleep quality and also stimulate metabolism.

With that said, we look at different variations of this dish found in India. 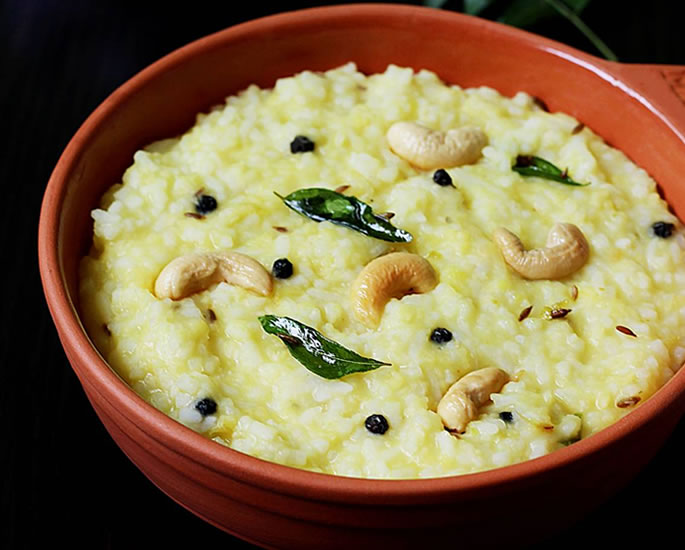 Tamil Nadu’s popular rice and lentils dish is called pongal, also known as pongali or huggi. There are two types of Pongal: one savoury and another sweet.

It is popular during Pongal, a harvest festival celebrated in Tamil Nadu and Sri Lanka. However, it can also be eaten outside of this festival too.

“It is food you can eat all year round, for breakfast, for lunch, for dinner, or for a snack – ‘tiffin’ as Tamilians would call it.”

There is also a sweet variation called chakkara pongal. It is made during the Pongal festival as well and is served as a religious offering.

Likewise, it is made of rice, moong dal and ghee, but for added sweetness, nuts, jaggery and raisins are incorporated. 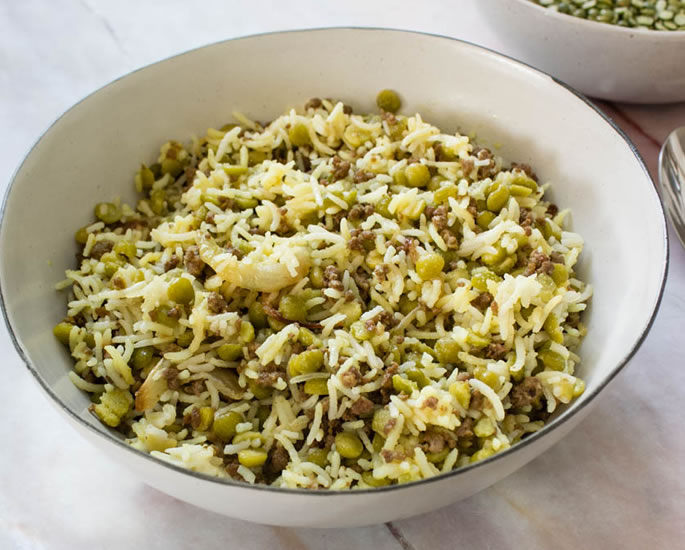 This unique style of khichdi contains rice, split moong dal and minced meat, one of the few khichdi recipes which contain any type of meat.

It is influenced by the Bohra community, a religious domination within Shia Islam, many of whom reside in Yemen, Pakistan and Gujarat.

Alongside rice and lentils, this variation of khichdi contains onions, tomatoes and potatoes.

You can serve keema khichdi with raita, providing a refreshing contrast to the intensely flavoured rice dish. 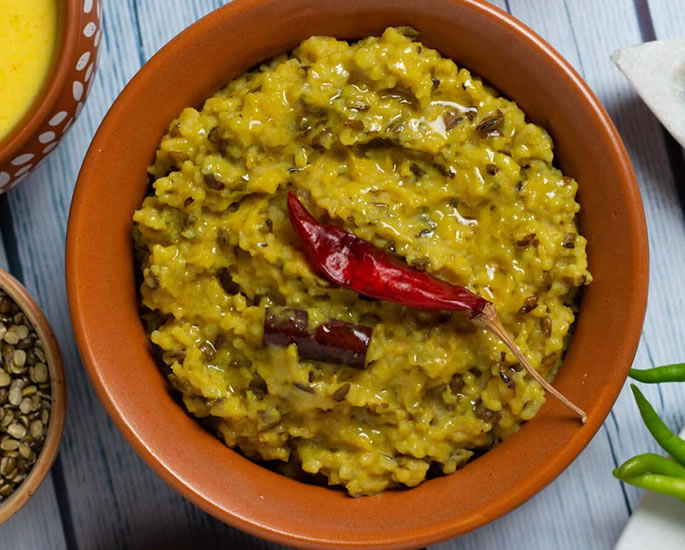 Unlike the other variations of khichdi, Gujarati khichdi uses hardly any spices but it is still packed with flavour.

All you need to create Gujarati-style khichdi is moong dal with rice, turmeric, asafoetida and ghee.

As Sanjana from Sanjana Feasts explains, the rice grains should be “stodgy” and very soft once cooked. She adds:

“Khichdi is not loved for its long, separate grains you strive to achieve with other rice dishes.”

It’s usually served with garlic chutney, yoghurt, potato and aubergine curry and rotla, a flatbread made from pearl millet flour. 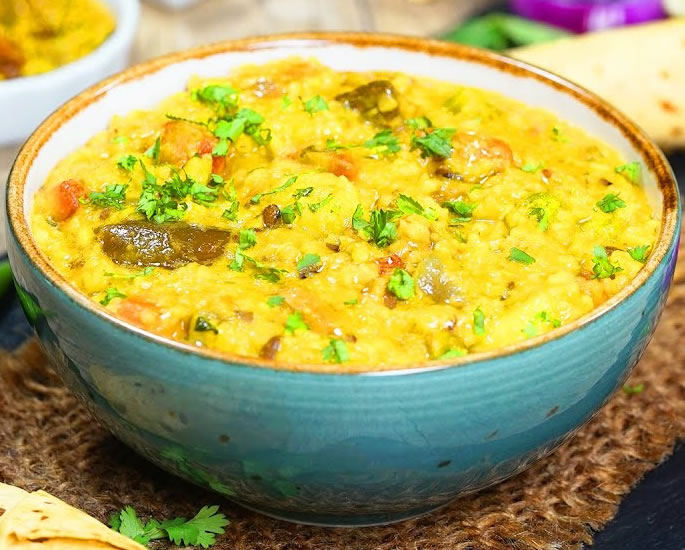 Bardoli ki khichdi is a type of khichdi from Bardoli, Gujarat.

Unlike the traditional style mentioned earlier, it has more spices and uses a different type of daal – toor daal.

Other ingredients include peas, potatoes, turmeric powder and raw mango.

Nithya from Archana’s Kitchen says this “adds a sight tanginess to the khichdi, giving it a right kind of balance against the spices that are added”.

Rather than a porridge-like texture, this variation is similar to other types of khichdi where the rice grains are more intact after being boiled. 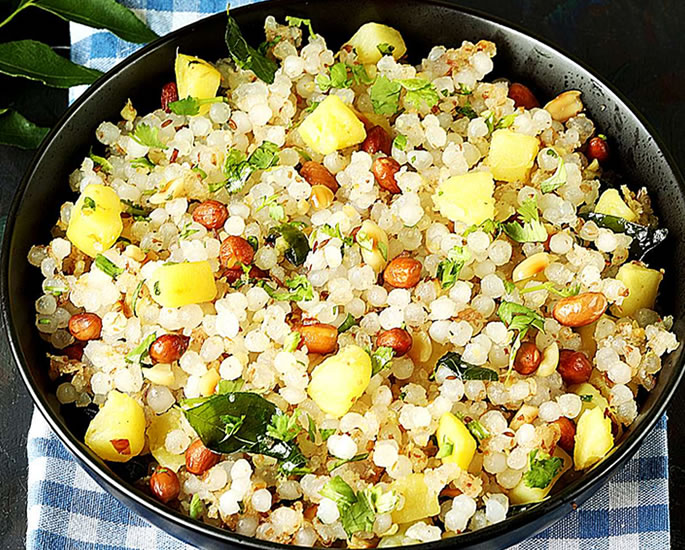 Sabudana khichdi is a unique type that is not made from rice or lentils.

Instead, it is made from sago or tapioca pearls, peanuts, ginger, pepper, chillies and cumin seeds.

It’s usually eaten during Navratri, a nine-day festival to celebrate the Hindu goddess, Durga. It is a time when many Hindus fast and have restricted diets.

This dish is available as street food and is widely eaten throughout the year. 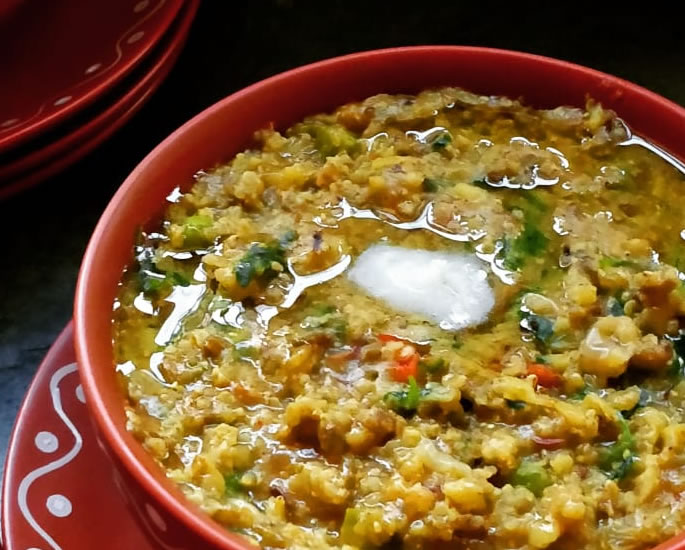 This type of khichdi is another variation that doesn’t typically use rice. Instead, it uses pearl millet grains.

Rather than all the ingredients being boiled together, the pearl millet grains need to be ground and boiled for a few minutes first.

After, moong daal is added. It is then sauteed in a pan with ghee, asafoetida and turmeric.

This type of khichdi is a staple in Rajasthan and is usually served with yoghurt or raita. 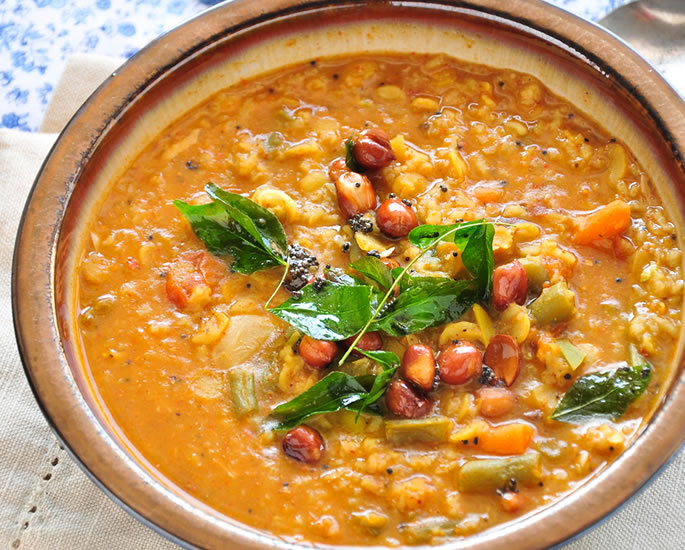 Bisi bele bath translates to hot lentil rice and is a popular type of khichdi in Karnataka.

It contains rice, toor daal and an assortment of vegetables. This allows for versatility as you can choose which ones you want.

For flavour, a unique spice blend is used. The blend varies between households but popular ingredients include dried coconut, cinnamon, cloves, chilli, coriander, fennel and fenugreek.

Bisi bele bath can be eaten for breakfast, lunch and dinner.

Throughout Karnataka, this rice dish is commonly available at self-service eateries and vegetarian restaurants in Bengaluru. 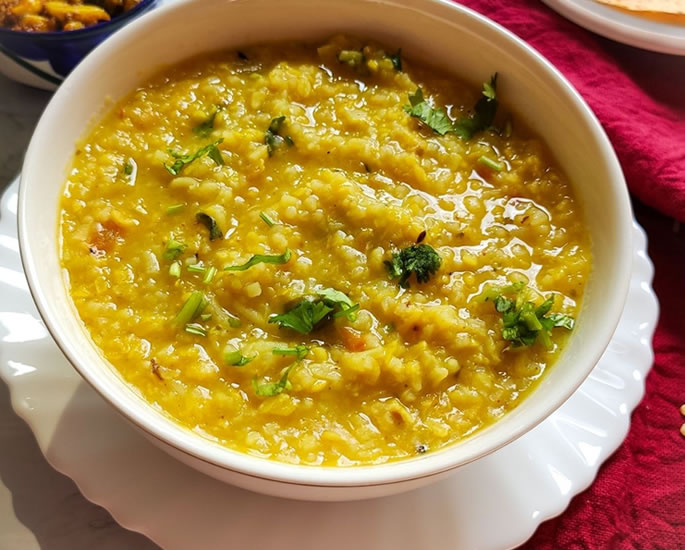 Although a pressure cooker yields the best results when making khichdi, this simple recipe without one is still delicious.

For the Whole Spices

Khichdi is a popular dish throughout India and this is evidenced by the different varieties available.

Some are packed with layers of flavour while others use other ingredients instead of rice. This means there is something for everyone.

No matter the preference, khichdi is a comforting dish, especially during the colder months.

Ria Kakkad is a writer who graduated from the University College London with a MA in Hispanic Studies. She enjoys writing about various topics, including books, beauty and web development.
US Punjabi Man opens Desi ‘Dhaba’ on Highway
Indian Restaurant Owner hits back at Customer