Several Indian cooks from Himachal Pradesh have broken a culinary world record. They spent a number of hours making 1995 kilograms of khichdi.

In what is a culinary achievement, twenty-five cooks made 1995 kilograms of khichdi and by doing so, broke the Guinness World Record.

The feat took place in the village of Tattapani, Mandi, Himachal Pradesh, on the banks of the Sutlej River on January 14, 2020.

The event was organised by the state’s tourism department as part of their festivities.

Twenty-five cooks took part in the making of the khichdi and Guinness World Records officials were there to check it was a world record. They presented a certificate once it was confirmed.

It was a task, which required huge quantities of ingredients.

Not only were there large quantities of ingredients but the khichdi needed a vessel that was big enough to hold it all. The chefs used a pot that weighed 650 kg and was eight-feet deep. 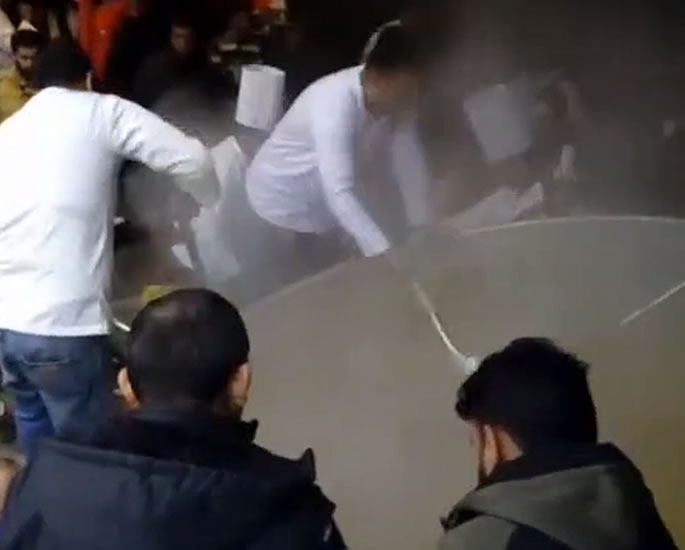 The khichdi took five hours to make during which the cooks had to stand on a step ladder so that they could see over their massive creation.

They used long spatulas in order for the chefs to reach in and to mix the ingredients together. 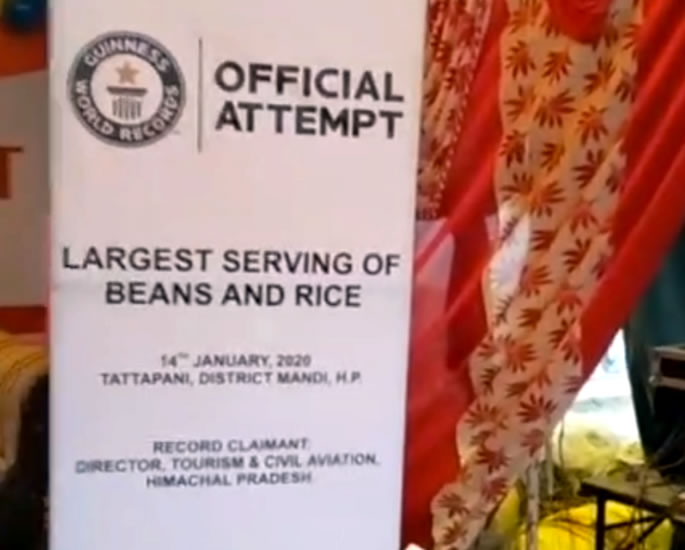 It was reported that the khichdi was fed to approximately 25,000 people who sat together and enjoyed the meal.

Yunus Khan, Director of the Himachal Tourism Development Corporation, said that the event was put together to promote the state as a tourism destination.

He went on to say that efforts were being made to develop Tattapani into a world-class tourist location. 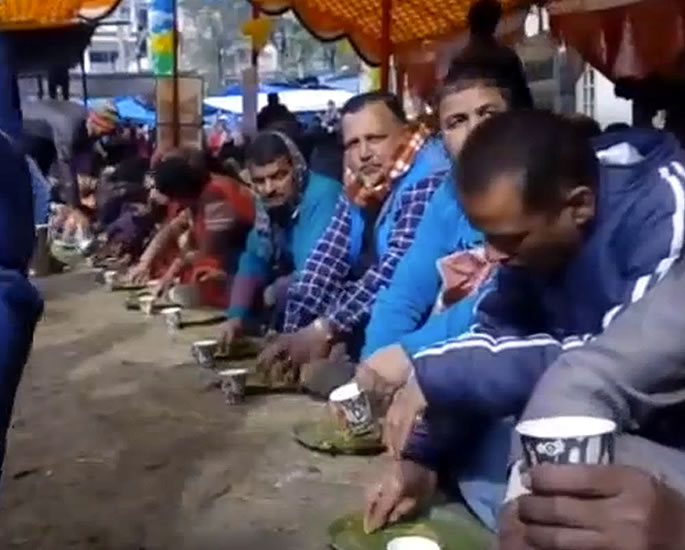 The effort smashed the previous world record that was set in 2017 at the World Food India event when 918 kg of khichdi was made.

The attempt was led by renowned chef Sanjeev Kapoor and there had been months of planning.

Fifty other chefs helped Sanjeev achieve the world record, which needed over 250 kg of solid ingredients.

A giant utensil with a capacity of 1,143 litres and a customised electric boiler to produce seven kilograms of steam were used.

When describing the process Sanjeev said: “The preparation for this has been going on for months now.

“We needed a customised kadhai and steam pipeline put in place and also a crane to move the utensil around.”

The long task of chopping the vegetables began a day prior to the cooking and the first bit of ghee was dropped in the pan at dawn.

The khichdi was later given to a good cause as it was donated to orphanages.

The world record khichdi is a showcase of Indian food to the rest of the world, according to Kapoor.

He added: “We promote international foods in India and it is our opportunity to showcase our superfoods to the world.”

Dhiren is a journalism graduate with a passion for gaming, watching films and sports. He also enjoys cooking from time to time. His motto is to “Live life one day at a time.”
Akshay, Twinkle & Malaika join ‘What’s In Your Dabba’ Challenge
Different Types of Halwa Recipes to Make at Home