A ‘dhaba’ is typically found in India but US Punjabi man Mintu Pandher opened one on a highway in Wyoming.

Traditionally, you would find a ‘dhaba’ on popular roads like GT Road in Punjab, where travellers stop for Desi food. Now, you can get it in the USA.

Thanks to the brainchild of Mintu Pandher, the concept of the dhaba has been unveiled on a US interstate roadway in Wyoming.

The dhaba in Punjab is very popular with truckers, where during or after long journeys they take a pit stop to enjoy freshly made Desi dishes.

Especially, during the cold weather, these hot wholesome foods are very comforting and filling, giving travellers a great choice of this Desi food.

The “Dhaba” has been a reassuring presence on Indian highways…? Now making its presence felt on US Interstate( I-80) roadways too…?? Courtesy – @CBSNews Kudos to Indians for bringing dhaba culture to USA … pic.twitter.com/HogmMgWRAG

The ‘Truck Stops Here’ dhaba opened by Mintu has been hugely successful and has allowed Punjabi food and the dhaba to be introduced to the US locals.

The dhaba is just off Exit 290 on I-80 and sees truckers stop for lunch.

Mintu’s business features an always-running rice steamer and an always-full pot of chai but the centrepiece is the tandoor.

He said: “The tandoor, the flavour goes in the meat, not out of the meat.

“Like, if you put on a grill, everything kind of drips down. This way the heat is all around, it’s surrounded by the heat.” 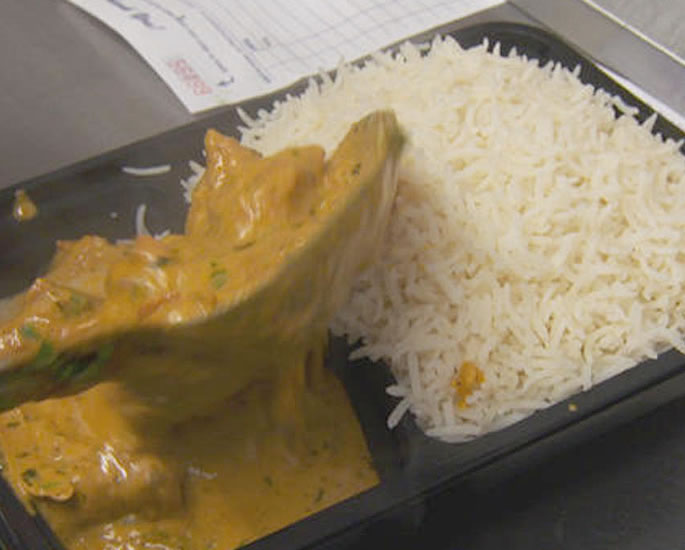 Mintu purchased the truck stop in 2014 and it came with a griddle for hot dogs and burgers.

He realised that truckers could get those meals anywhere along the highway so he decided to create a menu they would not find anywhere else.

And it was a huge success, with many truckers returning to the eatery.

“If this is the area I’m patrolling, I know where I’m gonna stop to eat lunch.”

The restaurant accounts for a small part of Mintu’s revenue but that is not how he thinks. He elaborated:

“This is not a whole picture with the food.

“The people come in to get fuel, other stuff, so they would come in and spend $500, $600 on fuel because they know they can get their meal they desire from last 800 miles here.”

Following the success of his Wyoming restaurant, Mintu has opened another spot in Nebraska and plans to open another in New Mexico.

Dhiren is a journalism graduate with a passion for gaming, watching films and sports. He also enjoys cooking from time to time. His motto is to “Live life one day at a time.”
6 Indian Air Fryer Dishes to Make
7 Variations of Khichdi found in India