When you think of Bollywood dance songs, the handsome and energetic actor Jeetendra comes to mind.

He was the dancing hero of Bollywood between the late 60s and early ’90s. Jeetendra had a unique style, with his lively and crazy dance moves.

He was often grooving to the beats of songs in a white outfit with matching shiny boots. This attire became his trademark outfit in several popular dance songs.

He became a dancing star when he got the opportunity to showcase his moves for the song, ‘Mast Baharon Ka Main Aashiq’ from the film Farz (1967).

After the success of this track, Jeetendra was known as the ‘Jumping Jack’ of Bollywood. His distinctive dance steps and tossing around actresses was visible in films like Jeene Ki Raah (1969) and Humjoli (1970).

During the mid-80s, his frequent dance pairings were with late Sridevi and Jaya Prada. He won the heart of the audience, with his ‘hatke’ (different) dance moves and on-screen personality.

We take a look at his iconic dance numbers, bringing back some good old memories: 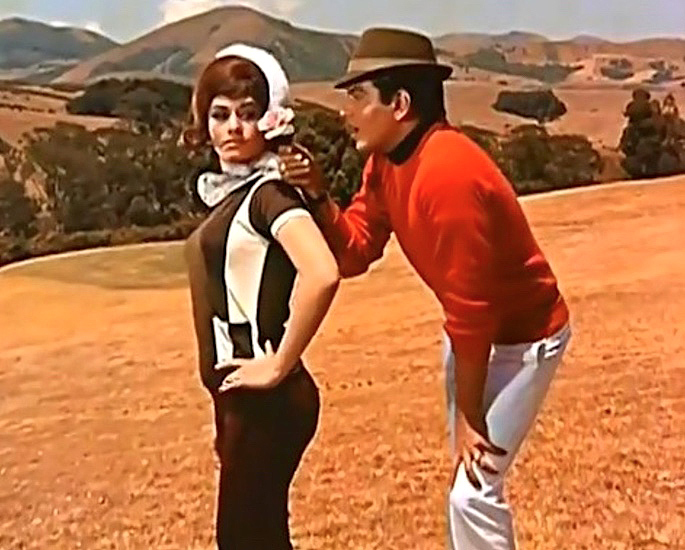 In an interview with the media, Irani was quite surprised how well Jeetendra did for this song. She said:

“Hence when film director Ravikant Nagaich told us about the fast packed western dance movement in the song Mast Baharon Ka Main Aashiq, I was confident but I thought how would Jeetuji (Jeetendra) do this dance…

“However on the day of shooting I was left stunned at the energy and the confidence of Jeetuji’s dancing potential.”

The dance steps include a lot chasing, bouncing, shaking and holding of hands.

It was after this song that Jeetendra was given the nickname ‘Jumping Jack’ for his agility. This song saw Jeetendra emerge as a dancer. 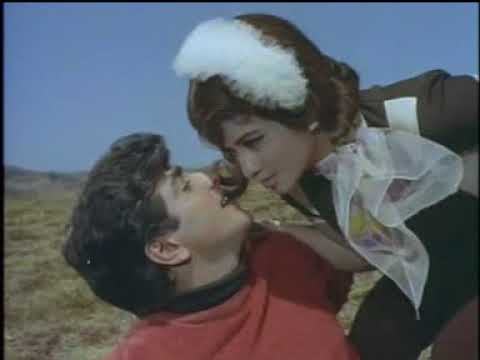 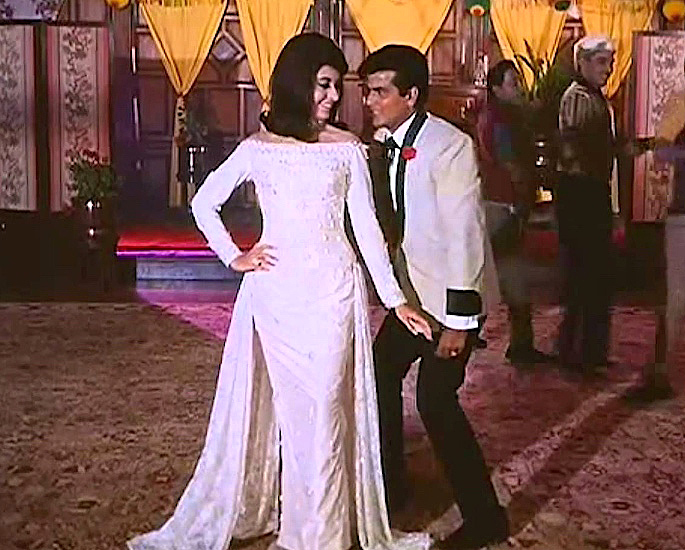 In the song, ‘Baar Baar Yeh Din Aaye’ from Farz, pianist Jeetendra is seen doing walking movements, twists and shakes with Babita and the other dancers.

Jeetendra also does a few ballroom routines with Babita. Most of the steps have a touch of simplicity.

Praising Jeetendra and how his dance compliments the voice of late Mohammad Rafi, YouTube user Premananda Mishra comments under the video:

This dance marks the birthday of Babita in the film. She plays the character of Sunita. 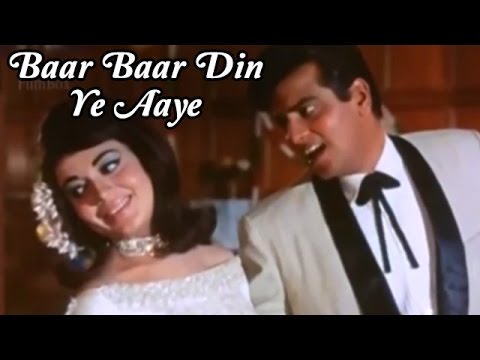 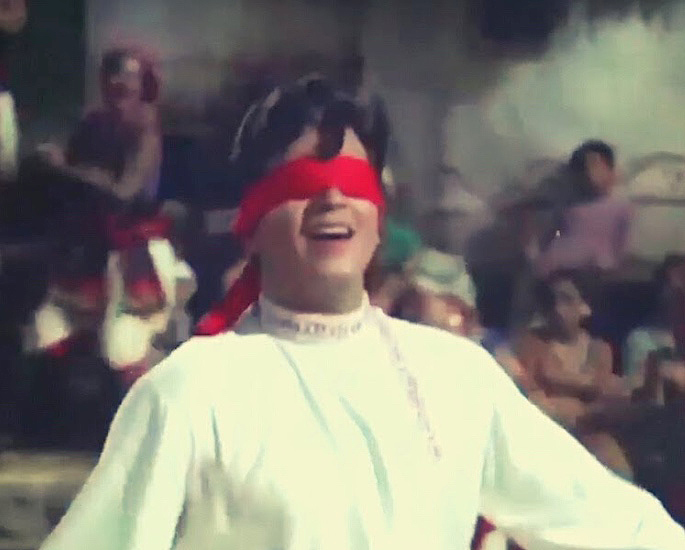 Jeetendra as per norm has some jumping steps. He also has full-body movements as he plays hide and seek with Tanuja in the song.

Some of the classic steps include dancing on one leg, using the toes and arms in the air.

A Tek, a YouTube user comments about the track, saying: “Very Cool Dance.” 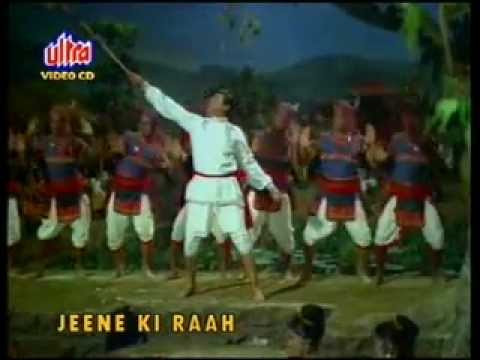 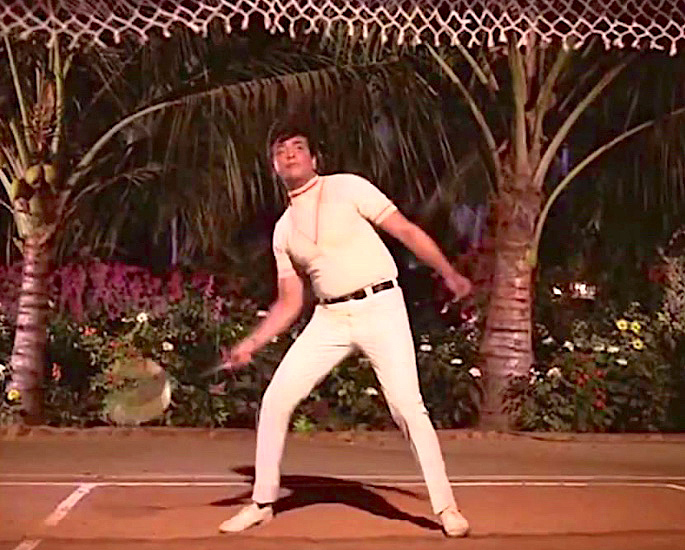 Jeetendra features in the song ‘Dhal Gaya Din’ with lead actress Leena Chandravakar in the film Humjoli (1970). Hiralal-Suresh Bhatt is the choreographer for this dance number.

Jeetendra in his trademark white t-shirt and trousers has some subtle movements. He dances in rhythm to the music, whilst playing a game of badminton with Leena.

Jumping on the steps, he reaches the pavilion. There is also a sequence where Jeetendra is holding Leena’s hands as the two dance together.

There are a lot of flirtatious mannerisms from Jeetendra in this dance song. His signature move is his tippy tappy dance steps as he edges closer to Leena. 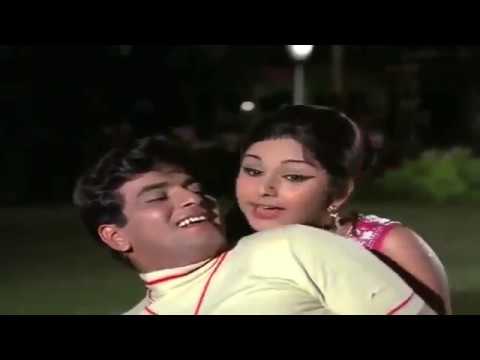 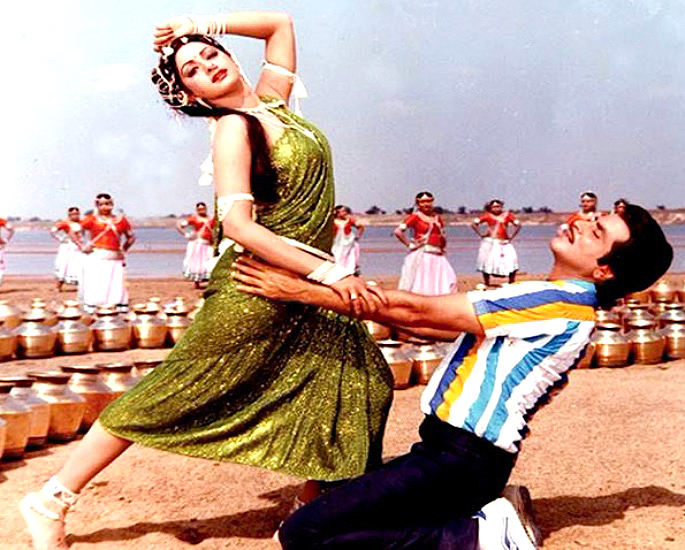 ‘Naino Mein Sapna’ from Himmatwala is an iconic and colourful dance number starring Jeetendra and Sridevi.

In this song, viewers get to see Jeetendra doing some amazing hook and aerobic like dance steps. As the song continues there are personal training steps from Jeetendra too.

This foot tapping dance song featuring a long of ‘matkas’ (pots), certainly has some trendsetting moves.

Sajid Khan did recreate this song for the contemporary Himmatwala (2013), but Ajay Devgn could not perform the same magic as an accomplished Jeetendra. 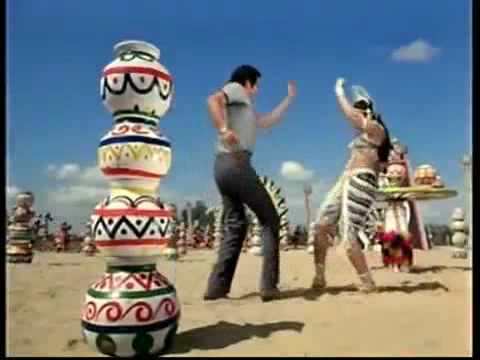 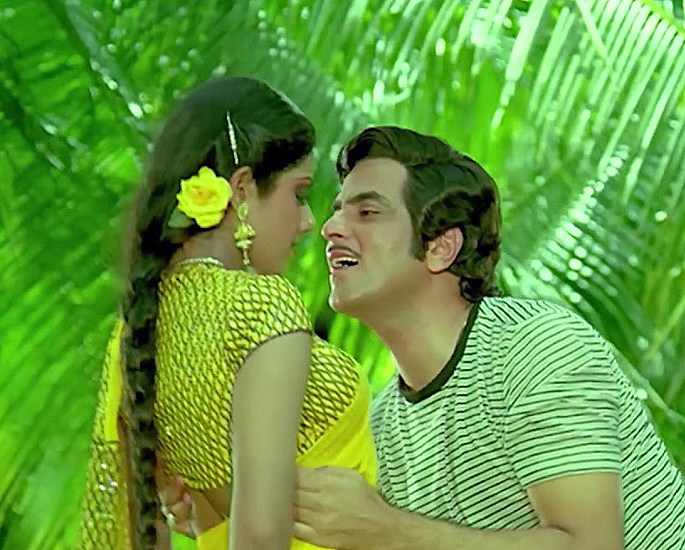 Jeetendra rocks with Sridevi with their dance sequences in the song ‘Taki Taki’ from Himmatwala again.

This song redefined Indian film dance, especially with their movements, expressions and gestures.

The dance assistant was directing both Jeetendra and Sridevi with the steps. Jeetendra told Rediff that late Sri Devi was quicker to learn the steps than him:

“She would get them right quickly while it would take me time.”

The video of the song shows Jeetendra bravely dancing to the steps in true sports and PT style. 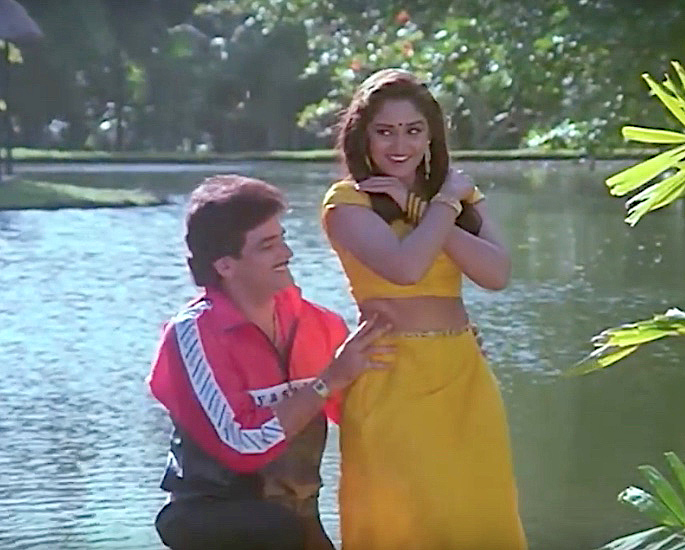 ‘Oi Amma Oi Amma’ sees Jeetendra performing a dance with Jaya Prada. There is a lot of hand and leg movement,  jumping and sizzling steps from Jeetendra in the song.

He is also visibly twisting his body. Jeetendra and Jaya are quite energetic in the song.

Jeetendra also pulls some awesome thumkas (jerk movements using the buttocks), which are amongst the high spring steps the artists perform

Some of the steps are very seductive in nature, reflecting the lyrics and music of the song. This song was the inspiration for Ooh La La from The Dirty Picture (2011).

Another popular dance song of Jeetendra is ‘Tere Sang Pyar Mein’ from Nagin (1976). He has a snake style dance in this track.

Renowned dance master Kamal was the choreographer of the song. Their movements and steps are very slithery in this song.

Jeetendra was one of the best dancers his active hero period. His robust dance skils make him a dancing legend of his generation,

Faisal has creative experience in the fusion of media and communication and research which increase awareness of global issues in post-conflict, emerging and democratic societies. His life motto is: "persevere, for success is near..."
Indian Dancer mimics Michael Jackson to Bollywood Songs
Jazzy B helps to Steal Hearts in Bollywood’s Gallan Kardi