A killer driver from Batley has been imprisoned for driving and leaping from the wheel of a moving car. The incident happened on June 8, 2019.

Killer driver Faizal Kadia, aged 23, of Batley, West Yorkshire, was jailed for three months for driving while banned and jumping from a moving car.

Unlicensed Kadia caused the death of Hamida Sidat, a mother-of-three when he lost control of his high-powered BMW in Dewsbury in 2017.

Kirklees Magistrates’ Court heard he was sentenced to two years in prison in May 2018 and banned from driving for four years.

Kadia has been jailed again after he was caught driving dangerously while still disqualified from driving.

The prosecutor Becky Dunford explained that police caught Kadia driving a Volkswagen Golf in the Batley area shortly before 1 am on June 8, 2019. He had been out on licence.

She told the court: “Officers driving behind the Golf observed the driver jumping from the driver’s seat into the rear offside passenger side, leaving the vehicle out of control.

“It narrowly missed an oncoming vehicle before the front passenger was advised to pull on the handbrake, causing the vehicle to stop.

“It was dangerous because the vehicle was left out of control and the officers say it was travelling at 30 mph.”

Kadia was previously jailed when he lost control in wet conditions and hit 54-year-old Mrs Sidat at the junction of Bradford Road and Dewsbury Ring Road.

He had been driving a rented BMW 420D. Leeds Crown Court was told that it had three tyres worn so smooth that they were like Formula 1 racing car tyres.

The car mounted the pavement, knocking down a road sign before hitting a Mercedes-Benz Sprinter van and going across a side road, dragging Mrs Sidat under it.

The victim was pronounced dead at the scene.

However, the hearing heard Kadia had continued to drive since the fatal crash despite being placed on an interim ban.

When police spotted him committing the new offences, Kadia was out on licence and still subject to his disqualification until April 16, 2020.

Kadia pleaded guilty to dangerous driving, driving while disqualified and using a vehicle without insurance.

His friends Ammaar Gora and Hamza Fulat were also prosecuted for their roles relating to the case involving Mrs Sidat. Gora had been in the passenger seat while Fulat had hired the BMW. 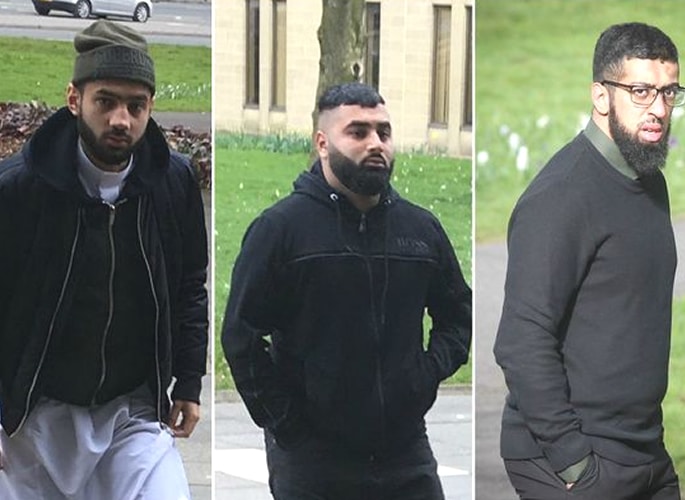 “It’s inevitable the offences have passed the custody threshold. He appreciates he’ll be going to prison today.”

Magistrates told the killer driver that he had shown “blatant disregard” for court orders and he was jailed for three months.

The Examiner Live reported that he was banned from driving for a further two years and will have to pay a £115 victim surcharge when he is released.

Dhiren is a journalism graduate with a passion for gaming, watching films and sports. He also enjoys cooking from time to time. His motto is to “Live life one day at a time.”
India’s ‘Dosa King’ starts Life Sentence for Murdering Love Rival
Indian Groom’s Wedding stopped by Betrayed Girlfriend