When it comes to traditional Indian food, potato dishes spring to mind and many of them are easy to make. We present five Indian potato recipes to enjoy.

The soft potatoes have slight crispiness when they are fried.

Indian potato recipes make use of an extremely versatile vegetable to use, the potato. Potatoes can be used to make virtually any kind of meal.

It is a staple ingredient in some regions of the country and was brought to India by the Portuguese.

It is ideal that the humble potato is such a versatile ingredient because around 70% of Indians are vegetarians.

From pakoras to aloo gobi, there is a variety of dishes which can be produced for any time of the day and either eaten as a snack or as a main meal.

Many of them are also quite simple to make which is perfect for lovers of Indian cuisine.

This selection of dishes are fairly easy to make but all of them are filled with flavour as a result of the spices used. Feel free to adjust some of the spices for your own taste.

Here are five easy Indian potato recipes to make at home and enjoy.

When it comes to a prominent potato dish, Bombay potatoes are one of the most common foods that are enjoyed.

It is usually eaten as a side dish but it can be a main meal if you prefer. The soft potatoes have a slight crispiness when they are fried.

There are many flavours spanning from the spice to the slight citrus taste of the ginger.

This version features onions for an added depth of texture as well as an extra bite. The tomatoes offset the intense spice with the hint of acidity.

This recipe was adapted from Anjum Anand.

Aloo gobi is a classic within Indian cuisine and one of the most well-known potato dishes. It may have originated in North India but it is popular all over the country as well as Bangladesh and Pakistan.

The potatoes and cauliflower come together, along with the spices for a well balanced vegetarian meal.

The subtle sweetness of the cauliflower is an ideal contrast to the earthy potatoes, however, the ginger and garlic add an intense depth of flavour.

It is fairly simple to make and promises an array of unique flavours combined into one dish. 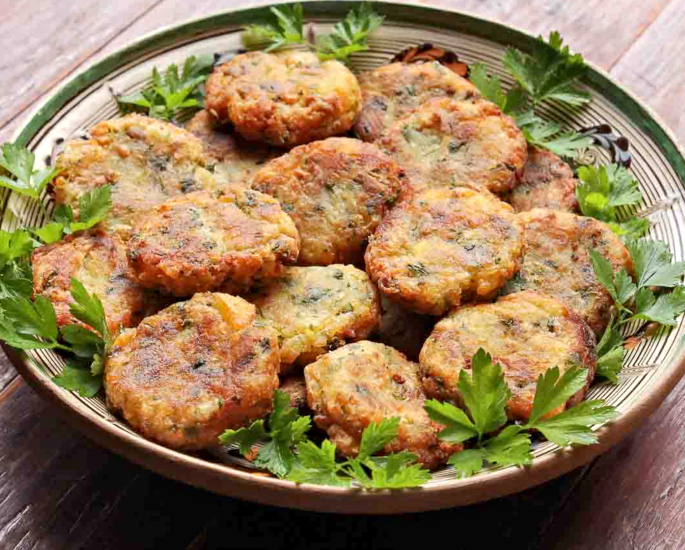 Aloo Tikki is a simple potato-based snack which is enjoyed throughout the Indian subcontinent.

They are typically made using potatoes, peas and several spices to create a tasty snack. They are usually shaped into circles.

When they are fried, there is an array of textures as the potato is crisp on the outside while the inside remains soft and fluffy.

Aloo Tikki is a versatile dish as it can be incorporated into a number of meals like making a burger which is a great variation on a vegetarian burger. 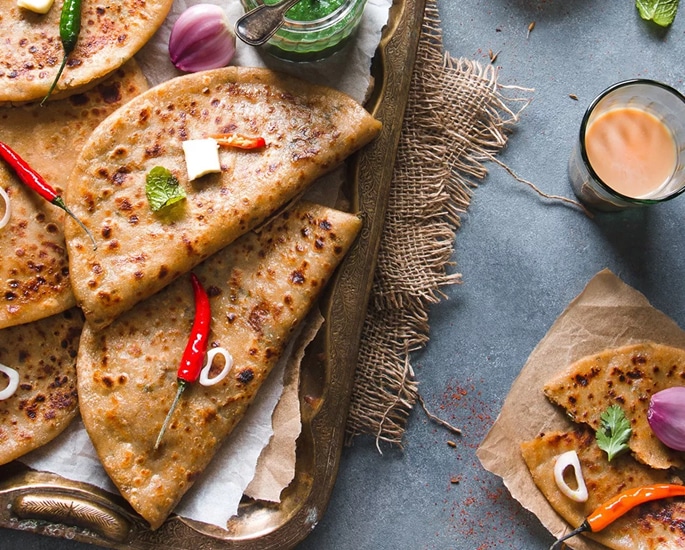 Paratha is a great alternative to roti as it is more filling thanks to a filling within the dough. There several types and the most common variation is made with potato.

It is a fan favourite and can be both mild or spicy depending on your taste preferences. For even more heat, add chopped chillies or chilli flakes.

The potato makes it more filling for those who want to enjoy a nourishing snack.

It does require prior preparation to ensure that all the elements are made properly. 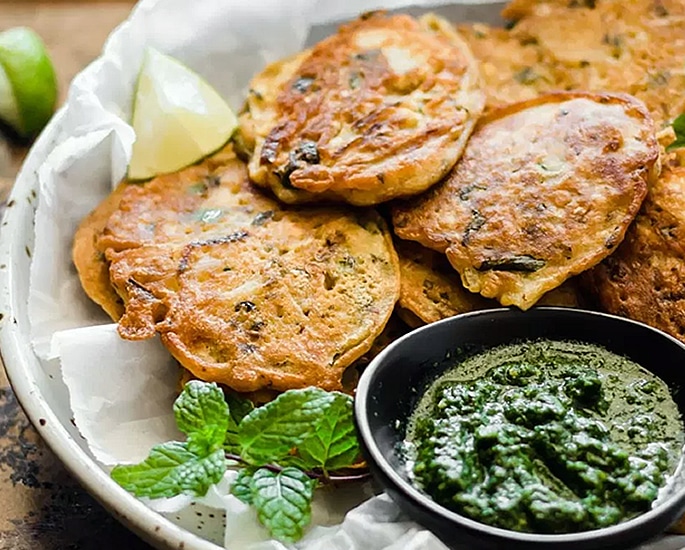 Pakoras are one of India’s most enjoyed snacks and come in many variations. It usually involves a combination of different vegetables, spices and gram flour.

This is a potato version where the ingredient is on show. It is quite simple to make and the batter is similar to a Japanese tempura dish.

Each potato disc is full of flavour as the crisp batter features a mix of flavours from the spices used while the potato remains soft.

They taste best alongside a sweet chutney for an ideal contrast of flavours.

This selection of potato-based dishes are very popular within Indian cuisine and promise a plethora of flavours.

They are relatively simple to make and they all showcase potatoes as the main ingredient especially when various tastes and textures are produced within these dishes.

These Indian potato recipes are a great guide but feel free to adjust some of the ingredients for your own taste. Whatever you do, these recipes will certainly highlight the delicious dishes you can create with potatoes.

Dhiren is a journalism graduate with a passion for gaming, watching films and sports. He also enjoys cooking from time to time. His motto is to “Live life one day at a time.”
12 Best Regional Foods from Pakistan
7 Delicious Indian Chutney Recipes to Make