10 Hollywood Actresses who Filmed in India

Hollywood actresses are rarely present in films about India. Yet, when they are they undeniably steal the show. Read on to find out who they are!

There is a certain fascination with India. Hollywood actresses young and old, refined and newly established make their mark in the industry with the stunning background of India to help amplify their roles.

India is a beautiful country. Stunning climate, the heat that seeps into your bones and scenery out of a fairy-tale.

The smell of mouth-watering food wafts in the air like leaves in the wind and a sense of serenity overcomes you.

A striking land with people, places and practices not widely experienced in other countries.

When we see a film based in India, we see all the delights, the scenery and the ways of life that come alive with this magnificent land.

DESIblitz has compiled a list of 10 Hollywood actresses who filmed in India. Small spoilers ahead! 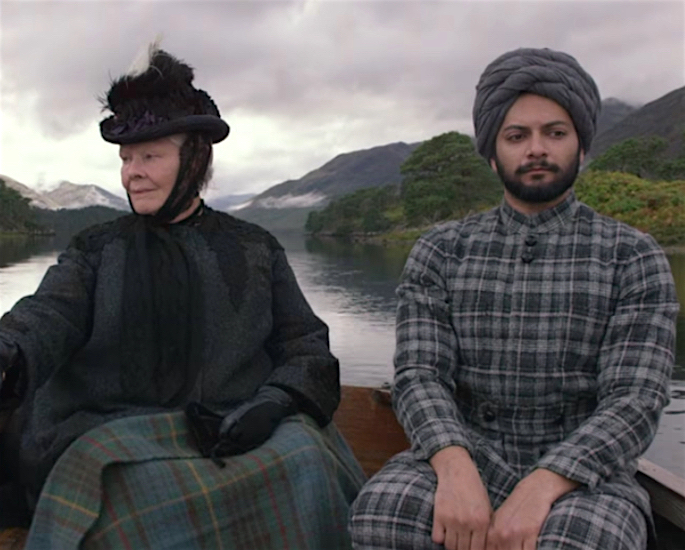 As the lead in Victoria and Abdul (2017), Dame Judi Dench plays the honourary part of The Empress of India, Queen Victoria. Although the film is set in England in 1887, India was still under British rule.

The film is a biographical comedy-drama. It looks into the true relationship between a Muslim clerk named Abdul Karim and the platonic relationship he develops with the Queen, much to the despair to the people around her.

Dame Dench returns to India in The Grand Exotic Marigold Hotel (2011), as Evelyn Greenslade, starring alongside other famous faces.

She plays the role of a pensioner looking for a way to retire in luxury after paying the debts of her recently deceased husband.

In reality, Dame Dench needs no introduction, everybody knows who she is. A well-established Hollywood actress.

Starring in such iconic roles such as M in the James Bond series (1995-2012), she is known for her dedication to the arts. 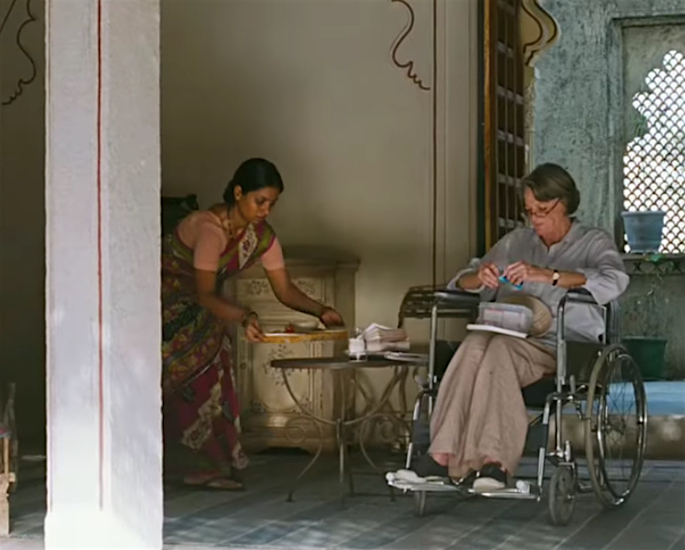 Smith plays this role to perfection, with a subtle character switch that keeps in play with the rest of the film.

We see her slowly fall in love with her settings, the people she is surrounded by and watch her blossom as a person.

Smith has dabbled in some iconic roles in her 68 years of acting. An iconic Hollywood actress.

Playing Professor McGonagall in the Harry Potter series (2001-2011) whilst battling cancer, to her role of Violet Cawley in Downtown Abby (2010), Smith has immortalised herself for every generation. 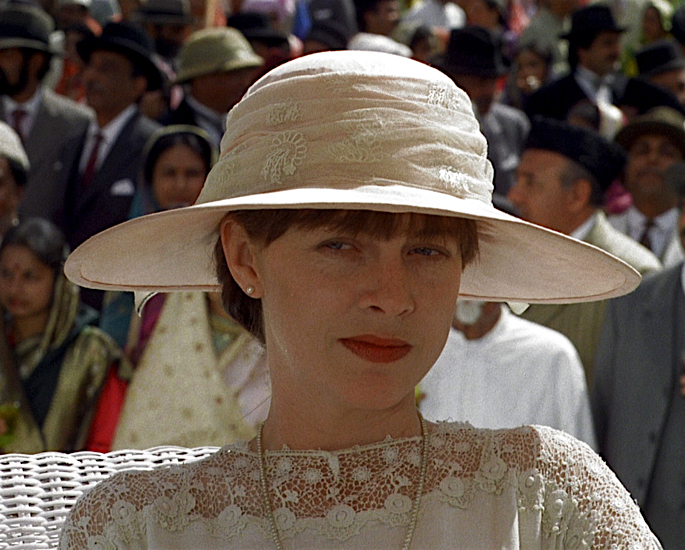 Judy Davis stars in the 1984 film A Passage to India. She plays the role of Adela Quested, a woman who is travelling from England to British Raj (India).

She makes the journey with the intention of getting married to a city magistrate in Chandrapore.

Based on E.M. Forster’s novel of the same name, A Passage to India (1984) delicately dances around the unravelling relationship between India and England in the 1920s.

The film uses characters to have physical altercations.

Davis was nominated for Best Actress in Hollywood for her portrayal of Adela Quested.

She went on to have more nominations and won prestigious accolades such as two Golden Globes.

Davis is well known for her roles as Anna Redmond in The Man Who Sued God (2001) and Molly Dunnage in The Dressmaker (2015).

She is well-established, having an acting career spanning over four decades. She is still a prominent Hollywood actress, working in film and TV. 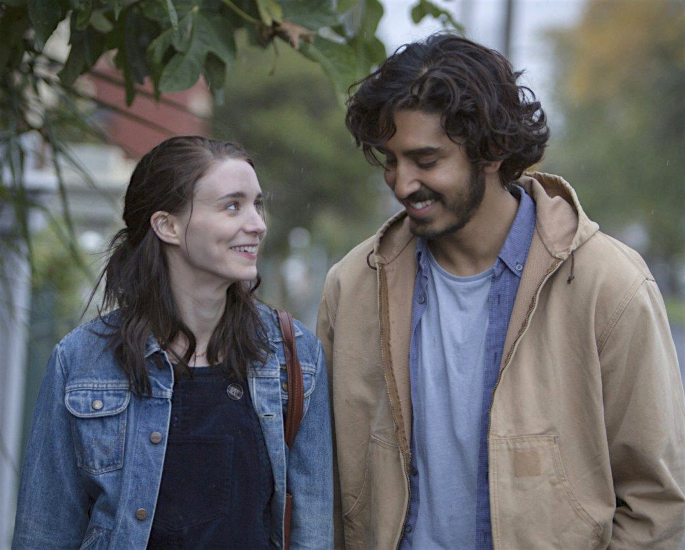 Lion (2016) is a bittersweet film uncovering a true story about India’s lost children. It’s heart-breaking to see how many children suffer through losing their parents and the after-effects that haunt them.

Mara plays a secondary, but important role. As Lucy, she urges her boyfriend, Saroo, played by Dev Patel, to reconnect with his Indian heritage and attempt to find his parents in India.

Although her section of the film is not set in India, her character is vital for this film.

Her encouragement becomes a defining point for him as an adult, to continue making this journey he needs to endure.

Rooney Mara is known to star in independent films, with her most notable role being The Girl with The Dragon Tattoo (2011).

Her philanthropy is well echoed across Hollywood, with her vegan clothing line. Also, her work with the Uweza Foundation becoming a prominent feature in her life. 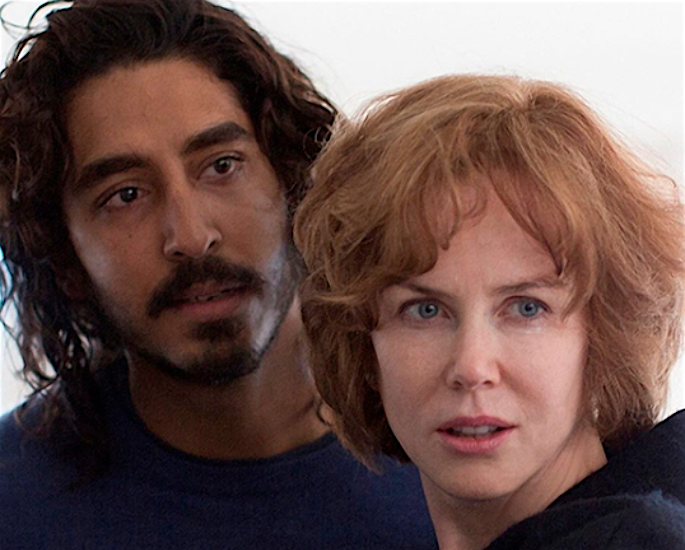 Nicole Kidman is one of the main character in Lion (2016). She plays Sue Brierley, the adoptive mother of another protagonist, Saroo, played by Dev Patel.

Upon adopting Saroo and another lost child, Mantosh, Sue is open and honest about the history of the boys. She helps her children in any way she can.

After seeing what she believed to be a premonition, Sue travels to India to adopt children to give them a better life than what they had.

Kidman is a widely recognised Hollywood actress, being the highest-paid actress in 2016, 2018 and 2019. She is a face of UNICEF and dubbed as one of the most influential people in the world. 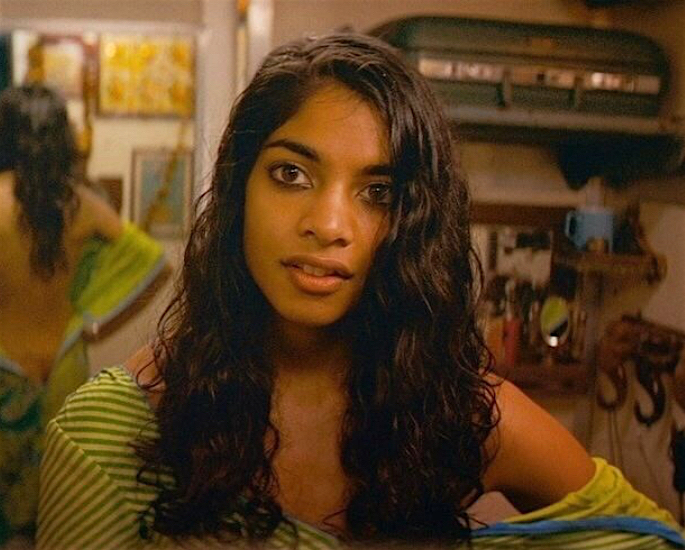 The film is set in India, where three brothers who reunite and board a luxury train called The Darjeeling Limited. They are on a spiritual journey after the death of their father.

They use this time to mingle with the locals, make amends and waddle through the mountain of mysteries to find their mother.

Karan plays a steward named Rita, who is the love interest of one of the brothers.

Karan is known for her role as Peaches in St Trinian’s (2007). She is an established Hollywood actress, working in film, TV and theatre since 2007. 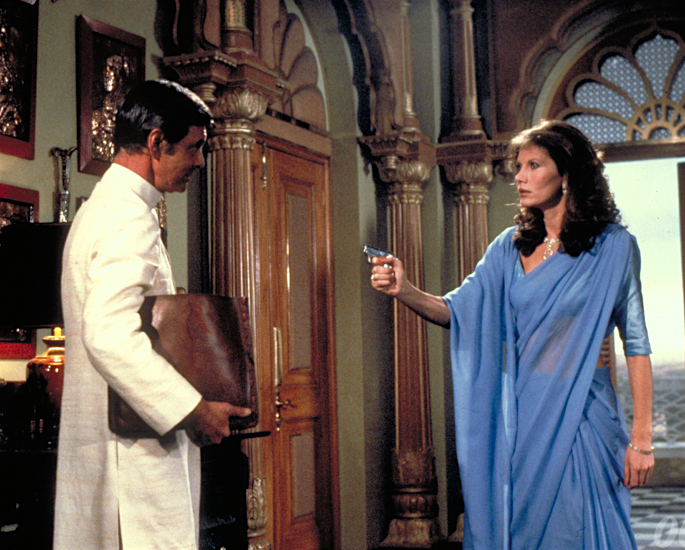 Maud Adams was a classical Hollywood actress. As a Bond girl in Octopussy (1983), Adams plays the character with the title name, Octopussy.

A jewel thief and successful businesswoman, Adams personified the ‘independent woman’ character we love to see on our screen.

Octopussy (1983) is set in India, taking place in Rajasthan and Udaipur, using its spectacular scenery as a backdrop for this classic film.

One of the most iconic Disney films that resonated with a lot of British Asians growing up is The Jungle Book (1967).

It was a mainstream film, loved by millions and cared for by all. It was brought to life by Disney, but originated as a collection of short stories called ‘The Jungle Book’ (1894) by Rudyard Kipling.

The film centres around a boy, Mowgli, who runs away and lives in the jungle, being cared for by jungle creatures.

In the 2016 film adaption, Lupita Nyong’o voices the part of Raksha, the Indian wolf who is Mowgli’s adoptive mother.

She is perfect for the role, credited by directors and reviewers alike for her ability to convey a range of emotion in her voice, fitting the film.

Nyong’o is best known for her roles in Black Panther (2018) and 12 years a Slave (2013). She plays a huge part in representation for Black, Asian and Minority Ethnic (BAME) actors in Hollywood. 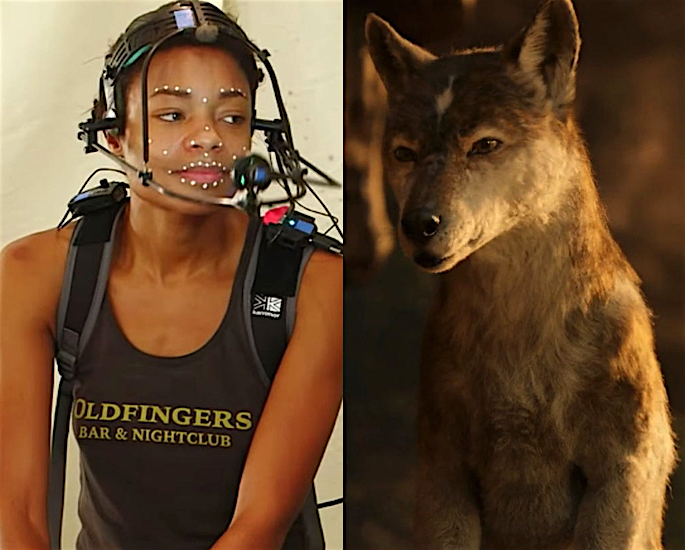 Harris is a voice over for a different adaptation of Kipling’s ‘The Jungle Book’ (1894), aptly called Mowgli (2018). She voices the part of Mowgli’s adoptive mother Nisha.

Her role is a relatively minor one, but still just as important as she is one of two female characters in the film.

Moonlight (2016) is where she really excelled, in her role as the main character’s mother, Paula.

She earnt several awards for her role, including a BAFTA and a Golden Globe. Truly, a unique Hollywood actress. 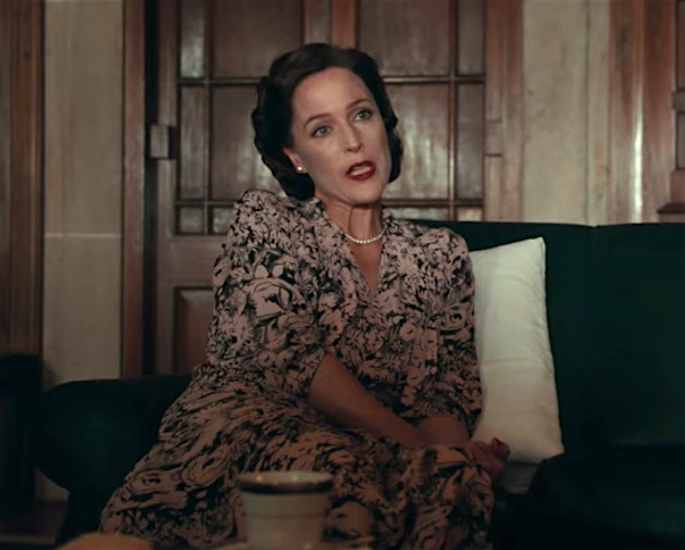 Viceroy’s House (2017) takes place in 1947, the year India became independent from the British Empire, and when Pakistan was created. This is also known as the Partition of India.

Viceroy’s House (2017) retells the story of the independence of India and Pakistan from Britain at the end of the Second World War.

Gillian Anderson plays the role of Edwina Mountbatten, the Viceroy’s wife, who is alongside her husband during the partition.

The whole film is set in India, touching upon true stories and facts whilst running with a comedic twist.

Anderson plays an iconic role, truly embodying her character during the time India gained independence. Surging from one popular media to another, Anderson is a notable Hollywood actress.

Anderson’s choice of roles is complimentary to who she is. She keeps getting bigger and better.

India is a prominent country, making way to be a popular location to shoot award-winning, staggeringly beautiful films. With it, we see a handful of diverse, growing actresses amplifying their careers.

Recognising India’s history is important. Through the media of film, these stories are slowly coming to fruition. We are starting to see the impact Indian themed films have on Hollywood actresses.

Hiyah is a film addict who writes in between the breaks. She sees the world through paper planes and got her motto through a friend. It’s “What's meant for you, won’t pass you.”
MP Subramanian Swamy explains why Sushant was ‘Murdered’
Kangana Ranaut threatened with Gunshots?