Why Nick Jonas’ Niece Did Not Like Priyanka Chopra

Nick Jonas’ two-year-old niece Valentina initially did not like the newcomer Priyanka Chopra joining the Jonas family. We find out why!

"he was holding Valentina, she would just push it off."

Priyanka Chopra is liked by all of Nick Jonas’ family but it has been revealed that his niece Valentina wasn’t such a big fan of the actress before.

On a talk show, Nick’s brother Kevin Jonas revealed that his daughter took a while before she warmed up to her new aunt. In fact, she didn’t like the actress initially.

The two-year-old has a strong connection to her uncle and she did not like the fact that Priyanka took Nick away from her.

Valentina’s disapproval was so much so that every time Priyanka would put her arm around Nick, she would push it off. This soon became an ongoing joke within the family.

Nick explained that videos have been recorded of Valentina removing Priyanka’s arm constantly. He said:

“My friends had taken videos of Valentina, literally taking Pri’s (Priyanka) arm off me and gave her the ‘stake eyes’.”

Kevin also spoke about his daughter’s protective behaviour. He said:

“Every time her [Priyanka] hand would go around and he was holding Valentina, she would just push it off.”

Reportedly, Priyanka did not like the hand pushing at first but she eventually saw the funny side of it.

It seemed that Valentina is very protective and possessive of her uncle especially as they share a close bond with each other.

Kevin spoke about their close relationship:

“Nick walks into the room and she would literally not say hello to anybody else.”

“And even before he can pick her up, she would just run to him and hold his leg.”

While it seemed that the early days of Priyanka’s relationship was tough for Valentina, she has got more used to it. 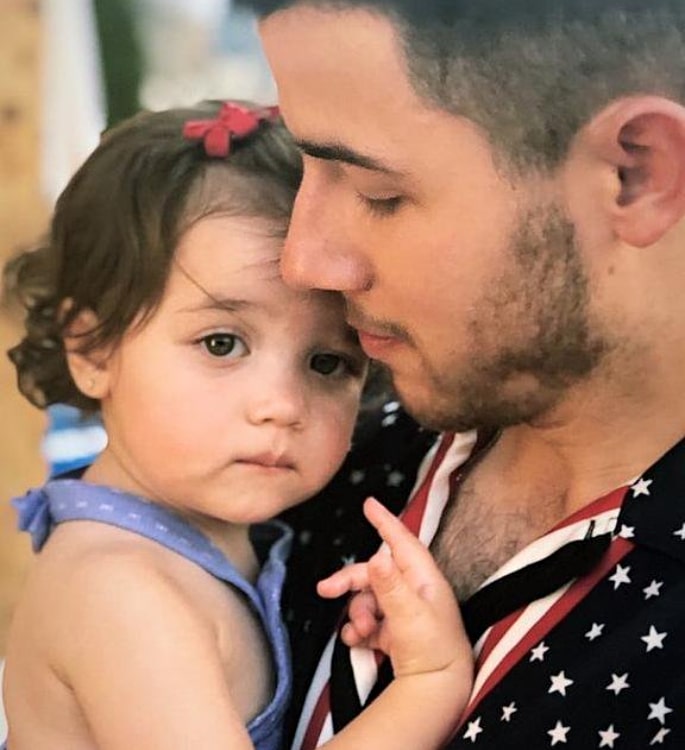 Nick also revealed that while Priyanka still doesn’t have Valentina’s complete approval as his wife, she is definitely warming up to her.

Priyanka and Nick had two wedding ceremonies in December 2018 which took place at the Umaid Bhawan Palace in Jodhpur.

The couple had a Western-style wedding and an Indian wedding followed by a series of wedding receptions, first in Delhi and then in Mumbai.

While Valentina has now warmed up to Priyanka, there were rumours that other members of the family did not like the Bollywood actress.

However, Danielle was quick to tell fans to stop trying to create trouble and firmly denied what they had assumed.

Dhiren is a journalism graduate with a passion for gaming, watching films and sports. He also enjoys cooking from time to time. His motto is to “Live life one day at a time.”
‘Roar of the Lion’ – MS Dhoni Stars in Docu-Drama Trailer
10 Top Indian Films Made by Foreign Filmmakers