Who is the Real Terrorist in Quantico?

Quantico is all about the digging through layers and layers of lies and cover-ups to expose the ugly truth. We suit up and investigate the usual suspects!

The Haas family cannot look any less shady even if they try.

With every episode, Quantico unfolds a new layer of the plot and main cast that we just cannot predict.

There is so much going on in both timelines (Quantico and New York) that no detail is too miniscule for the hunt for the real culprit behind the deadly attacks. 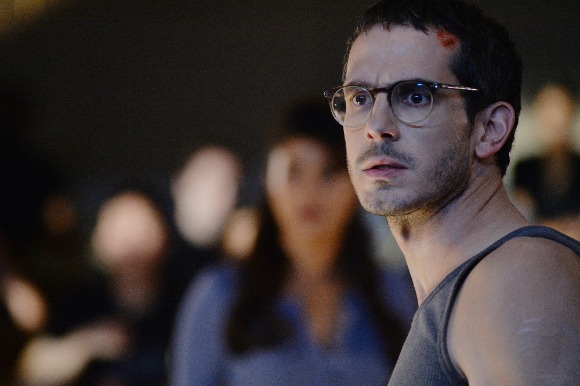 It’s safe to say most Quantico fans have serious doubts about Simon from day one.

Wearing fake glasses, pretending to be gay (but he kisses Elias Harper) and hiding his past in Gaza, Simon has more twists than an M. Night Shyamalan movie.

His endless lies and readiness to betray his own kind in a heartbeat definitely put him at the top of the suspect list.

Just because he admits to planning Grand Central does not mean his involvement with the terrorists ends there.

And the second bomb? Technically, he sets it off as he is the only one with the detonator. Besides, he is more than capable of staging the whole incident to make him look innocent and gain the FBI’s full trust.

So don’t mistake his calmness and softness for innocence. Simon can be very ruthless and resourceful when he needs to be – precisely the profile of a mastermind. 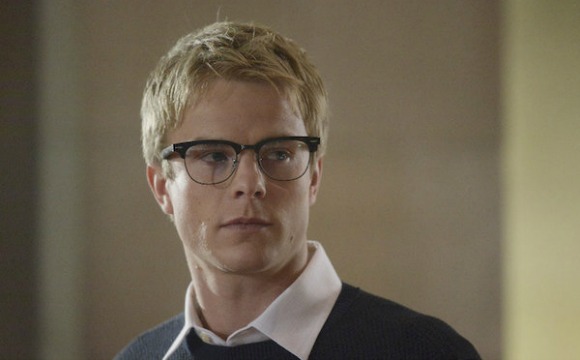 The blue-eyed boy may have caught some of us by surprise. Immature, selfish and spoilt, Caleb does not seem to take much in life seriously.

Personal relationships matter a great deal to him, although Shelby soon discovers he adopts an extreme approach when it comes to settling differences.

Caleb’s past with a dangerous ‘cult’ begins to surface in a new timeline in the show, disclosing a very strong lead to the second bomb which hit the FBI command centre.

Armed with an analyst’s mind and established contact with extremists, could Caleb be the one? 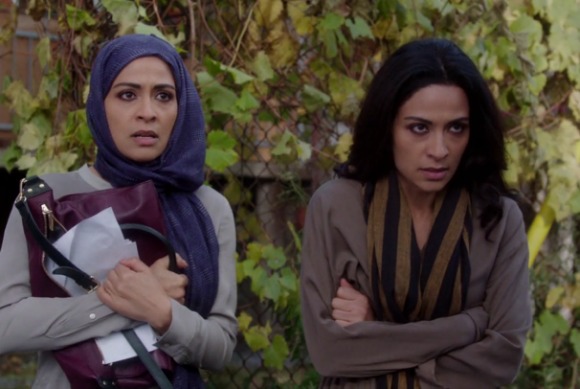 The twin sisters intrigue and worry us at the same time. It takes long enough to really know one person, let alone two!

Their unbreakable bond and allegiance to each other is obvious, especially after their brief rough patch at Quantico.

Having successfully infiltrated a terrorist cell, they could have come up with their own plans to attack the US, given their sentiment towards the US is a bit cloudy still.

Their close relationship with the cell leader, Hamza, could be a hint that they have been turned. 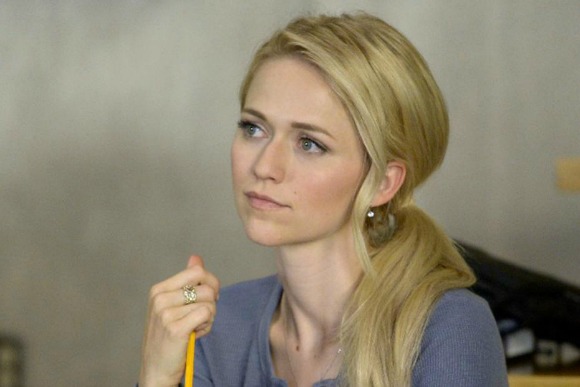 The ‘princess’ isn’t the most intelligent one of the bunch, and is more concerned with flirting, crying and complaining most of the time.

Yet, Shelby’s links to her parents’ company cannot be overlooked.

A piece of blast wire relates to Shelby’s family business and has aroused some serious suspicion.

Shelby is also Alex’s first roommate at Quantico, giving her ample opportunity to frame Alex for the attack on Grand Central.

Nevertheless, something tells us she is more clueless than manipulative. 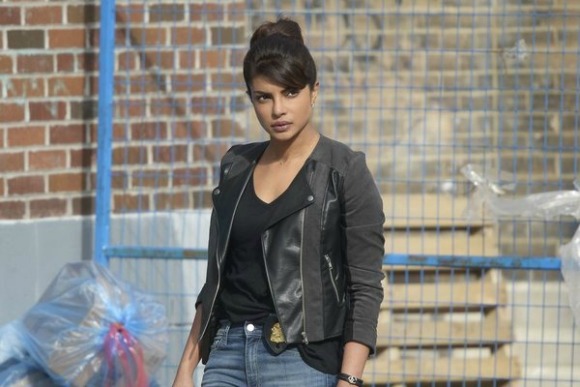 Nothing is really as it seems in Quantico. So even when our Bollywood babe Priyanka Chopra, aka Alex, says she has been framed – you never know!

The biggest question mark over her is when she lived abroad in India and cut off contact with her mother. Who did she meet? What did she do? Was she really in India?

Other than that, she displays a great level of patriotism, loyalty and righteousness.

To go through all that trouble of running from the FBI and then turning herself in also seems slightly overstretched.

But after all, Alex is the best in her class and probably the most-skilled to pull off a large-scale operation like this. 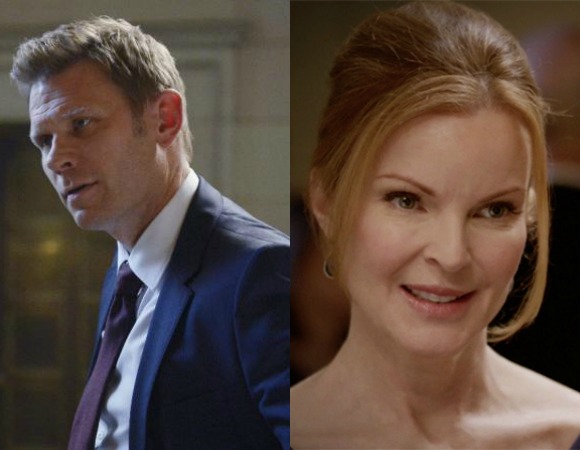 The Haas family cannot look any less shady at this point even if they try, with Claire and Clayton Haas playing ‘Bonnie and Clyde’.

She is a former FBI agent and now vice-presidential candidate for the Democrat Party. He is a high ranking official at the FBI. Need we say more?

Actress Marcia Cross is famed for her multi-dimensional role as Bree Van de Kamp in Desperate Housewives. Surely the Quantico writers didn’t rope her in just for looks?

As for Clayton, his extramarital affair with Shelby could provide him with a connection to the bomb maker.

This should not be dismissed lightly as Claire has told Shelby that she does not care about her husband’s affair, which could imply it’s merely a carefully calculated step of the master plan. 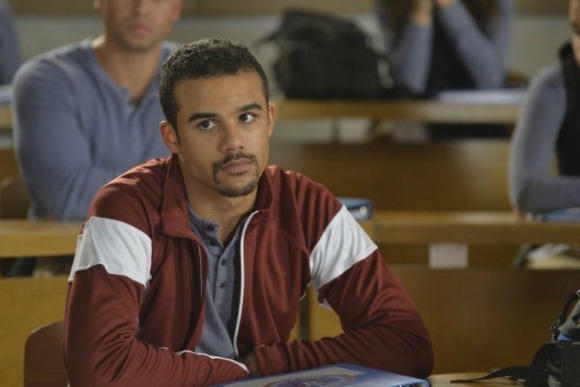 We are yet to see Brandon in the New York timeline. But we have certainly seen what he is capable of at Quantico.

If he manages to fool everyone including girlfriend Nathalie Vasquez, and installs a fake bomb as part of an assignment, so don’t rule him out just yet! 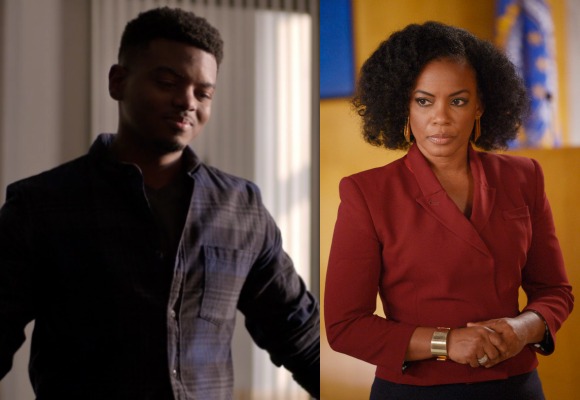 All we know about Miranda’s son is that he has a criminal past that relates to a shooting at a school.

Charlie is not one to share his thoughts openly, and gearing his anger towards the aching Miranda is only tearing them further apart.

There is more to be learnt about his character, but his mysteriousness and known association with terrorism should be duly noted.

So who do you think is the real terrorist in Quantico? Tell us in the poll below!

Who is the real terrorist in Quantico?

10 Christmas Films You Must Watch
Deepika vs Kangana for same Shahrukh Khan film?