When does ‘The Fabulous Lives of Bollywood Wives’ Return?

The first poster for Netflix’s ‘The Fabulous Lives of Bollywood Wives’ season two has been unveiled as well as the release date.

"twice the glamour and four times the fun!”

The second season of The Fabulous Lives of Bollywood Wives has a premiere date and it is closer than one might think.

The show revolves around the wives of four Bollywood stars and their lives.

In the first season, Maheep Kapoor, Bhavana Pandey, Neelam Kothari and Seema Sajdeh provided viewers with a glimpse of their lavish lives.

It also showed cringy moments and laughs between the four friends.

A second season was announced in July 2022 and now, a poster has been unveiled, featuring the premiere date.

The poster shows the ladies posing for the camera while looking their best. 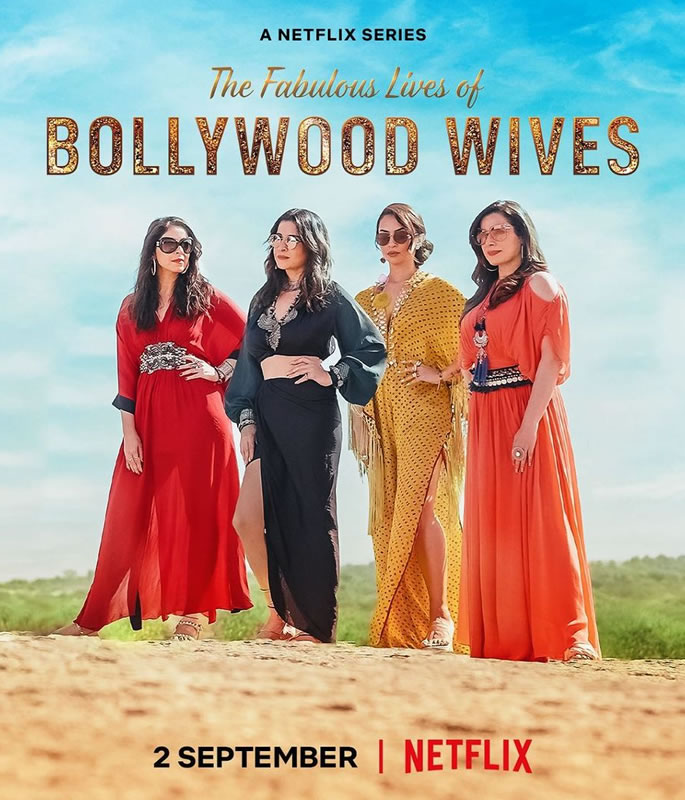 “All things fabulous and glam with these Bollywood bffs that are back in your town!

“Fabulous Lives Of Bollywood Wives S2 is returning on 2nd September only on Netflix!

The four stars shared the poster on their respective Instagram accounts.

“About time we bring back the spice in your lives.

“The fabulous BFFs of Bollywood are back with twice the glamour and four times the fun!”

“We’re back to give you a glimpse of how we slay every day! Who else is ready to step into the inner circle of gossip and glam?!”

Thanking audiences for all the love, Maheep Kapoor posted:

“Thanks to the overwhelming response, we’re back with Season 2, only on Netflix!!

“Twice the drama, twice the fun. Be sure to tune in on 2nd Sept to watch S2 of Fabulous Lives of Bollywood Wives. I’m keeping a close watch!”

Seema, who is the ex-wife of Sohail Khan, added: “Yo! We’re coming back with The Fabulous Lives of Bollywood Wives on the 2nd of September only on Netflix, can’t wait to see your reactions.”

Fans seemed excited with the announcement as many took to social media to give their thoughts.

One said: “Wow … Super excited, will be counting down days.”

Another said: “All of you are looking gorgeous!!! Everyone looks so much fitter!!!!”

The upcoming series promises to bring back more rushes of drama.

Directed by Uttam Domale, the show has been executively produced by Karan Johar, Apoorva Mehta and Aneesha Baig. While Naomi Datta is credited as the creative producer, Vrishali Kemkar is the series producer.

Dhiren is a journalism graduate with a passion for gaming, watching films and sports. He also enjoys cooking from time to time. His motto is to “Live life one day at a time.”
Are Mindy Kaling & Maitreyi Ramakrishnan Related?
Anjali Arora breaks Silence over ‘Explicit Video’