Maitreyi Ramakrishnan, the star of Netflix’s ‘Never Have I Ever’, has opened up about her relationship with her boss, Mindy Kaling.

"We feel so lucky to have her."

Maitreyi Ramakrishnan has opened up about her relationship with Mindy Kaling and revealed why she likes to persuade people that she’s “related” to the actress.

The 20-year-old actress, who’s the star of Mindy Kaling’s hit Netflix series Never Have I Ever, mentioned the bond she shares with the 43-year-old producer on The Tonight Show With Jimmy Fallon.

Maitreyi revealed how she likes to make individuals feel “awkward” by convincing them that she and the Office star are “related”.

She said: “My favourite thing, though, is to try to and convince people that we’re distantly related because they feel awkward.

“They like: ‘Oh, yeah because you guys are both brown. Like yeah, you guys have got to be related.’ And then they’re like, ‘Oh, yeah, that makes sense.’

This isn’t the first time that Maitreyi Ramakrishnan and Mindy Kaling have spoken about their relationship.

When the duo appeared collectively on Today with Hoda and Jenna in July 2021, Mindy praised Maitreyi’s performing abilities and talked about their mother-daughter relationship.

The Mindy Project star said: “She’s the most exceptional young actress that I’ve ever met.

“She’s also my daughter and I thought that this would be a good time to tell everyone.”

Maitreyi Ramakrishnan then joked that there was “some nepotism” on the set of Never Have I Ever.

Mindy Kaling chimed in and mentioned: “I wish she was my daughter.”

Mindy then proceeded to applaud Maitreyi, acknowledging how far she’s come in her profession, mentioning the fact they met when the actress auditioned for Never Have I Ever whilst she was in high school.

The comic added: “She was just this incredibly talented, high school kid who thought she could do it and we saw her and were like, ‘She’s a star’. We feel so lucky to have her.”

Elsewhere within the interview, Maitreyi Ramakrishnan described viewing Mindy Kaling as an inspiration and mentor.

She said: “I’m not even trying to kiss up. She can do it all. No one can say Mindy Kaling does not work hard because that is just a lie. She always is working on something.

“I’m so thankful to have Mindy Kaling as my first boss.”

Never Have I Ever is loosely based on Mindy Kaling’s experience as an Indian-American teenager navigating high school.

Maitreyi Ramakrishnan’s character, Devi Vishwakumar, navigates love triangles and the popularity chain, all while grieving the death of her father.

Watch Maitreyi Ramakrishnan on The Tonight Show With Jimmy Fallon 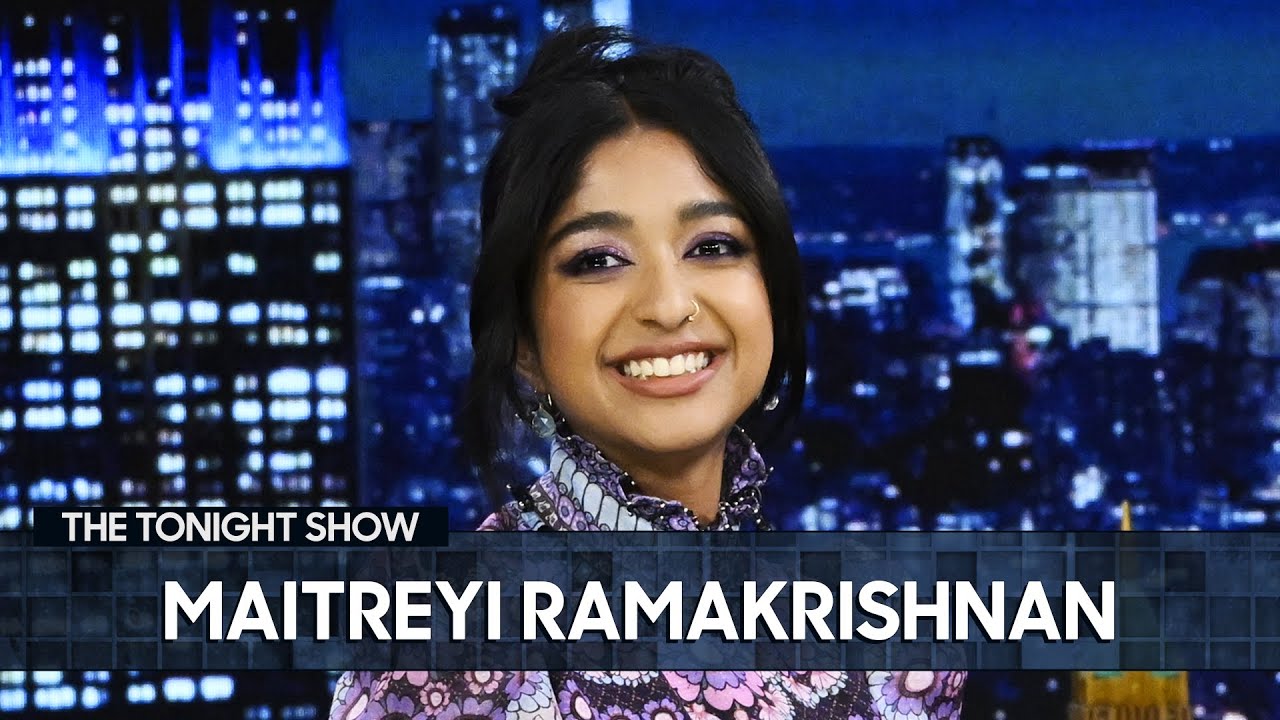 Ravinder is a Journalism BA graduate. She has a strong passion for all things fashion, beauty, and lifestyle. She also likes to watch films, read books and travel.
Urvashi Rautela calls Rishabh Pant a ‘Cougar Hunter’
When does ‘The Fabulous Lives of Bollywood Wives’ Return?