Former ‘Lock Upp’ contestant Anjali Arora has broken her silence on an explicit video that many are saying is of her.

"Sometimes I feel what is the need to do all this?"

Anjali Arora has broken her silence on an explicit video circulating on social media.

As a result, the former Lock Upp contestant has been subjected to trolling.

The video came to light amid the release of Anjali’s music video ‘Saiyyan Dil Mein Aana Re’.

The video features a woman lying on a bed. It then cuts to the woman and a man having sex.

Throughout the 10-minute video, the woman’s face is seen and since going viral, some social media users have claimed that the woman is TikTok influencer Anjali.

During promotions for her music video, Anjali was questioned on the matter and she refused to comment.

She has now broken her silence on the matter and insisted that the woman is not her.

Anjali tearfully said that people are trying to malign her by spreading fake news, adding that she does not understand why.

“I don’t know what these people are doing, they are using my name and picture to frame me and claim it’s Anjali Arora’s MMS.

“These people are the ones who made me what I am today, they also have a family like I have.

“Sometimes I feel what is the need to do all this?

“Why speculate so much when I am not there in the video?

“I have brothers and sisters, my little brothers watch videos. Some people are taking it in the wrong direction… when they can’t match you then they start maligning your image.”

She went on to reveal that during her time on Lock Upp, a similar thing happened.

Anjali explained that her parents filed an FIR, saying that a fake video purported to be of her went viral.

Anjali said that her parents have never questioned her.

Her fans sent messages of support on social media.

One person wrote: “People are doing this because they are jealous by seeing your achievements which you have earned at such a young age.

“You are a fighter and you don’t need to worry, we are always there with you in your every ups and downs.”

Another said: “It’s shameful to even think someone can go to this extent just to defame a person who is just out there living her life!”

One of the trolls was fellow Lock Upp contestant Azma Fallah, who claimed that it was “karma”.

Anjali Arora previously opened up on her boyfriend Aakash Sansanwal.

She said: “Aakash is very special to me, and we have a strong bond. He definitely has a special place in my heart, but we aren’t engaged.” 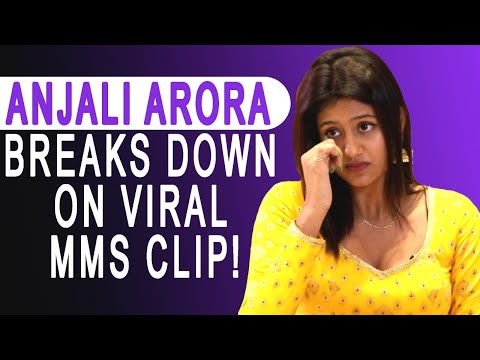 Dhiren is a journalism graduate with a passion for gaming, watching films and sports. He also enjoys cooking from time to time. His motto is to “Live life one day at a time.”
When does ‘The Fabulous Lives of Bollywood Wives’ Return?
Apprentice winner Harpreet Kaur reveals she’s Dating Akshay Thakrar