Waiter worth £80million after setting up Business with £20

A restaurant waiter who set up his business with just £20 is now worth £80 million, with his business operating internationally.

A restaurant waiter is worth £80 million, having set up his food supplier business with just £20.

Shelim Hussain came to the UK from Bangladesh when he was 11-years-old.

“Basically my family paid £3,000 for me to come here with the people I was told to call mum and dad.”

His real parents stayed in Bangladesh while Shelim made a new life in Cardiff.

After what he called “the worst childhood ever”, Shelim’s life changed at 18 when he fell in love with a 15-year-old girl named Bobi.

He said that if he wanted to marry her, wealth was the main thing to create.

“I couldn’t stop looking at her each day but I had nothing to give her.” 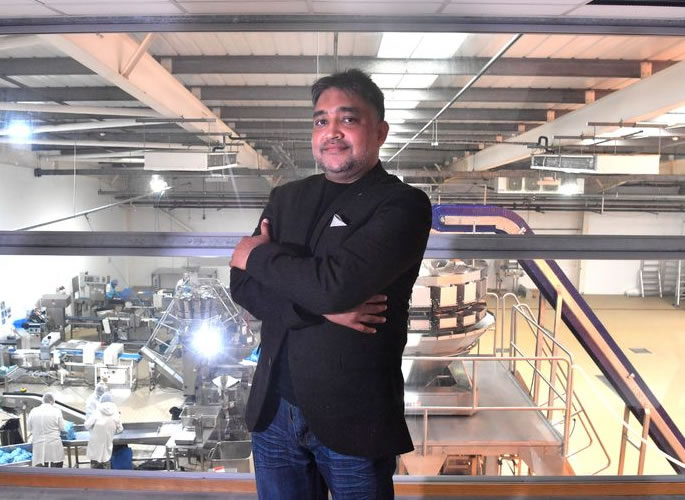 He delivered newspapers while also working as a waiter at the Indian Ocean restaurant in Cardiff.

When the restaurant’s prawn supplier went out of business, Shelim spotted an opportunity.

He drove to London and returned with six boxes of prawns from a wholesaler and started selling them to local restaurants. His business was born.

Six months later, he was making £600 every week.

He said: “I wanted to be a lawyer but then I realised how long that journey would be and this was an opportunity too good to miss.”

The business continued to grow and he soon began selling prawns, chicken and lamb to Indian restaurants.

At 20, he married Bobi and the business expanded.

In 1994, he promised himself: “I’m going to conquer Cardiff, Newport, and Bristol.”

Today, 10% of his business is in Wales with the rest across the border.

However, importing food on a global scale is usually done through credit insurance.

The whole business relies on it because the sums are so large when buying goods.

Shelim’s business soon became the subject of an ongoing fraud case. As a result, Euro Foods Group (EFG) found their credit insurance withdrawn as well as its £30 million buying power.

He said: “I lost cover which meant they wouldn’t give me goods which meant I didn’t have anything to sell my customers the next day.

“Everybody thought EFG was going bust but that wasn’t the case. We simply had no cash.”

In order to keep the company going, Shelim sold his assets abroad and invested his own cash.

In 2017, Shelim was the subject of a tax investigation for a “small matter” and the banks soon stopped supporting him.

But then that company was banned from the EU in 2017 after it was found to have bribed government inspectors to get meat and exports approved to countries across the world.

When he stopped trading with them, Shelim owed them £21 million.

He sold Kukd.com to the management team, paid back half of what he took from the government grant and has an arrangement to repay the rest monthly.

The Welsh Government confirmed, “the company continues to make repayments”.

He said: “I have to honour my word. “My whole life has been about honouring my word.”

The fraud investigation eventually fizzled out.

Shelim also made the final cut in the search for a new investor on Dragons’ Den.

He soon appeared on another TV show that gave him an insight into his own business and will be aired later in 2021.

“Straightaway I realised we needed to focus on takeaways.

“In the first lockdown McDonald’s, Burger King, Nando’s were all closed.

“Takeaways were the only industry open and that’s what helped us.”

EFG was one of the only suppliers open nationally, servicing 4,000 restaurants across the UK each week.

It meant 2020 would be one of their most profitable years yet and 2021 is proving to be even better.

Banks and insurance companies offered to cover him once again. 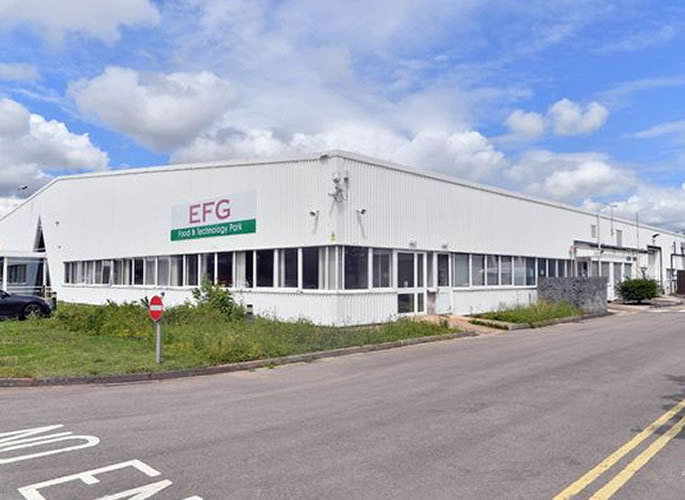 He continued: “EFG is the most profitable it’s ever been in my lifetime.”

“That’s from me sacrificing my health for my business.

“The last three years have been really bad. I’ve saved my company but it’s affected my health.”

Shelim has now bought an abattoir in Dorset and he is expanding his depots across the UK.

On his decision to buy an abattoir, Shelim said:

“My job is to see the future.”

He wants to secure his own supply of meat in the UK because “China is hungry and eating everything”.

After all the obstacles, he retained a windfall agreement in Kukd.com and is looking forward to enjoying life with Bobi.

“I want to travel the world with my wife.

“My job has taken me around the world but all I ever saw was the airport lounges, the inside of a taxi, and the hotel rooms – never the country I was in. It was factory, hotel, factory.”

The business is now the UK’s largest supplier to the Asian food market with a £105 million turnover and 1,500 staff worldwide.

Dhiren is a journalism graduate with a passion for gaming, watching films and sports. He also enjoys cooking from time to time. His motto is to “Live life one day at a time.”
Sajid Javid tests Positive for Covid-19 despite having 2 Jabs
Labour Councillor suspended 2 Months after being Voted In