Vicky Kaushal took to Instagram to unveil a teaser trailer for the highly-anticipated biopic ‘Sardar Udham’ ahead of its release.

"one man, many aliases, one mission."

Ahead of its release on October 16, 2021, Vicky Kaushal unveiled the teaser trailer for Sardar Udham.

Vicky plays the titular role in the biopic and the film is directed by Shoojit Sircar while it has been co-produced by Ronnie Lahiri and Sheel Kumar.

This Amazon Original Movie is produced by Rising Sun Films in collaboration with Kino Works.

On September 27, 2021, Vicky took to Instagram and posted the film’s teaser trailer, providing a glimpse into the riveting storyline.

The teaser opens with the protagonist carefully piecing together a document.

It then shifts to several passports, each with a different name. The names are Ude Singh, Frank Brazil and Sher Singh.

The last passport features ‘Udham Singh’ being written across it and added to the pile.

It then zooms into one of Vicky’s looks as Sardar Udham Singh.

The teaser sets the tone for an intriguing and engrossing tale of a patriot with many aliases but with a single mission in life – to avenge India’s most gruesome tragedy.

“On the birth anniversary of Shaheed Bhagat Singh, I’m proud to bring to you the story of his ally- Sardar Udham Singh- one man, many aliases, one mission.”

The comments were filled with positive responses, with many fans expressing their excitement for the film.

“Way to go… Proud of your work always, best wishes for this epic one.”

Another said: “I’m so hyped for this.”

A third commented: “SO EXCITED!! Can’t wait to see you on screen.”

Sardar Udham chronicles the story of Sardar Udham Singh, the Indian revolutionary who avenged the Jallianwala Bagh massacre of 1919.

“It has been exhilarating to create this film that showcases and acknowledges Udham Singh’s patriotism and deep-rooted, selfless love for his motherland.

“Two decades worth of research and understanding has been put by the team to present this untold story.

“Vicky has worked tirelessly to bring out the real essence of Udham Singh’s myriad emotions throughout his life’s journey.

“We are glad to continue our prolific collaboration with Amazon Prime Video and are thrilled to share this historical epic story with a global audience.”

Watch the Teaser for Sardar Udham 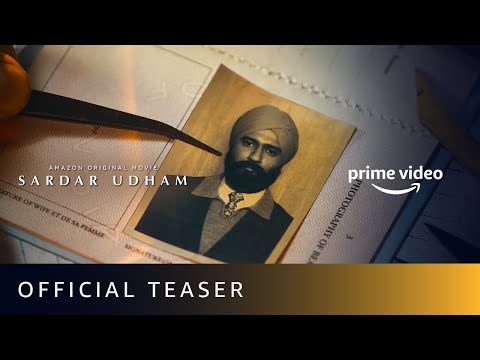 Dhiren is a journalism graduate with a passion for gaming, watching films and sports. He also enjoys cooking from time to time. His motto is to “Live life one day at a time.”
Shamita Shetty receives Jibes over ‘Bigg Boss’
Diljit Dosanjh juggles Fatherhood & Love Life in ‘Honsla Rakh’