"Honestly as a viewer, I didn’t like her game"

Shamita Shetty, the sister of Shilpa Shetty, was a contestant on Bigg Boss OTT where she finished as the second runner-up.

She will now be a contestant on the upcoming Bigg Boss 15.

However, jibes have been directed at her by two other Bigg Boss contestants.

Devoleena Bhattacharjee was a contestant on the 13th and 14th seasons of the reality show. She said she was “disappointed” by Shamita’s performance on the show.

She explained that Shamita was “conscious” about the cameras, which overshadowed her real personality. 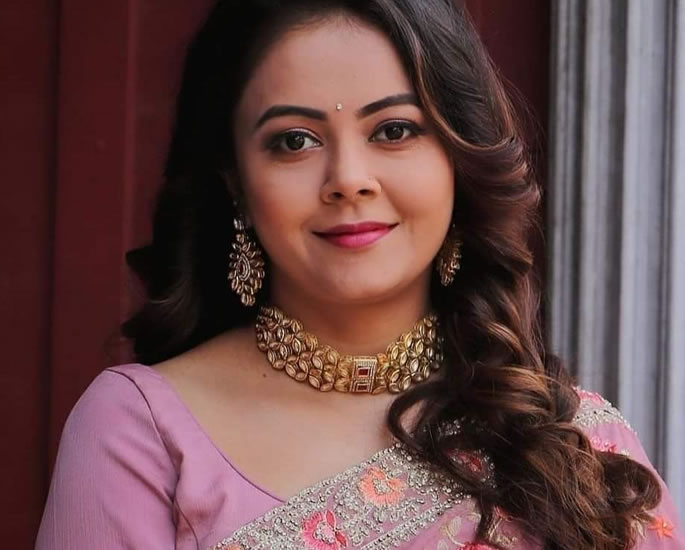 Devoleena said: “Honestly as a viewer, I didn’t like her game on Bigg Boss OTT.

“I personally felt that she was more conscious about the cameras or I don’t know what.

“I prefer contestants who are real, regardless of whether they do anything.”

“I’ll probably tweet about them if they misbehave. But at the back of my mind, I know that person is real.

“Some people do bad by saving their lives, it is also understandable that you are saving lives.

“But it is also understandable when people deliberately do wrong on the show, but that is your real side – which is ok, which is acceptable. I want to see you as real as much as you can.”

Devoleena added: “Shamita disappointed me. She might be different on Bigg Boss 15.”

Devoleena was not the only person, Moose Jattana also threw a jibe at Shamita Shetty. 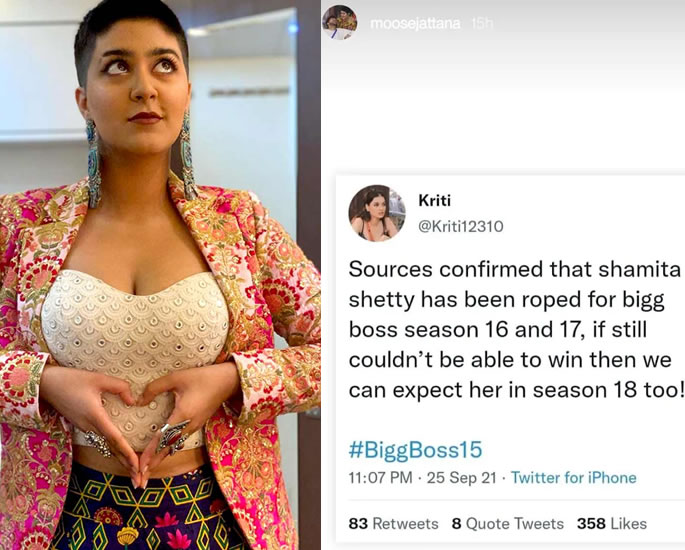 Moose, who also appeared on Bigg Boss OTT, criticised Shamita for her participation in Bigg Boss 15.

“Sources confirmed that Shamita Shetty has been roped for bigg boss season 16 and 17, if still couldn’t be able to win then we can expect her in season 18 too!”

The dig was in reference to the fact that Shamita has been on Bigg Boss numerous times.

She first participated in Bigg Boss 3 but quit midway to attend her sister Shilpa’s wedding to Raj Kundra. Shamita then appeared on Bigg Boss OTT. She will now be a part of Bigg Boss 15.

Moose’s post led to Shamita’s fans to slam her, calling her jealous.

This prompted a response from Moose. She said:

“Earlier, I was accused of being lazy and unhygienic, you all must have seen.

“Now, I am being called immature, jealous and uneducated.

“Alright, I am the only one in the whole world who is bad, you and your Shamita Shetty are great.”

“I have never said anything bad about her but learn to take a joke. I am just spreading laughter and positive vibes. I have stayed with her, not you. Come on!

“In Punjab, we laugh at such things. You have followed a Punjabi, this is what you will get.

“If you don’t like it, you can unfollow me. I have never asked you for votes, do you think I care about you following me?”

The reality show will start on October 2, 2021, and it is set to have a jungle theme.

Dhiren is a journalism graduate with a passion for gaming, watching films and sports. He also enjoys cooking from time to time. His motto is to “Live life one day at a time.”
Arjun Rampal issues statement after GF’s Brother arrested
Vicky Kaushal unveils Teaser for ‘Sardar Udham’