Vicky Kaushal shared a video on social media in which he can be seen grooving to Harrdy Sandhu’s latest song ‘Bijlee Bijlee’.

"When you know you're getting married in a few weeks."

Vicky Kaushal took to Instagram on November 6, 2021, to share a reel in which he can be seen dancing and singing along to Harrdy Sandhu’s ‘Bijlee Bijlee’.

Vicky can be seen grooving along to the song during a photoshoot.

Dressed in a white shirt and black trousers, Vicky energetically dances to the song and lip-syncs the chorus.

He completed his look with a pair of black sunglasses.

The video instantly went viral and has since amassed over 4 million views and 700,000 likes.

The Sardar Udham actor shared the Instagram reel and wrote: “Back to!!!”

This was followed by several emojis including that of a camera, clapperboard and red heart.

To this, Harrdy replied: “@vickykaushal09 thank you bhaaji. Love you. You looking dope.”

The track has proved to be popular among Punjabi music fans as the music video has attracted over 21 million views.

B Praak composed the sing whilst the lyrics were penned by Jaani. The music video was directed by Arvindr Khaira.

Before he shifted his focus to singing and acting, Harrdy Sandhu played cricket for over a decade as a fast bowler.

The Punjabi singer is recognised for the songs ‘Soch’, ‘Joker’ and ‘Yaar Ni Milya’.

Harrdy is set to make his Bollywood debut with the biographical sports film 83 and will share the screen with Deepika Padukone and Ranveer Singh.

He will be seen in the role of cricketer Madan Lal in the film. 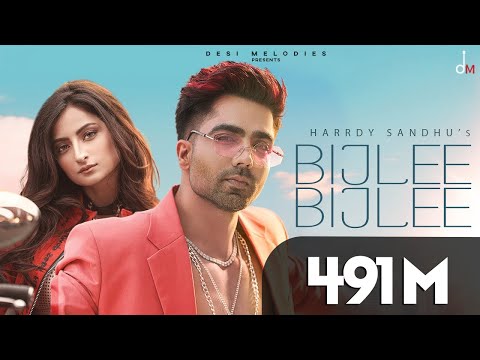 One Instagram user wrote: “When you know you’re getting married in a few weeks.”

Meanwhile, Vicky Kaushal has been linked to actress Katrina Kaif since 2019.

In August 2021, it was reported that Vicky and Katrina secretly got engaged. However, neither Vicky nor Katrina confirmed these rumours.

In October 2021, rumours began to circulate that the pair are set to get married by the end of 2021.

He will next be seen in Sam Bahadur, which is based on the life of India’s first Field Marshal Sam Manekshaw.

Ravinder is a Journalism BA graduate. She has a strong passion for all things fashion, beauty, and lifestyle. She also likes to watch films, read books and travel.
Rapper NAV Gifts himself Maybach for Birthday
Sara Ali Khan grooves to Diljit Dosanjh’s ‘Lover’