The result is a flavourful and filling vegan meal.

When it comes to popular Indian dishes, there are vegan alternatives to ensure you can still enjoy the rich flavours.

Within Indian cuisine, it varies from region to region but in most cases, Indian food uses vegetables and fragrant spices.

But there are several Indian specialities which utilise meat and they tend to be extremely popular.

Dishes like chicken tikka and lamb vindaloo present layers of flavour and while they are enjoyed by many, vegetarians and vegans miss out.

However, there are meat-free substitutes which can be used to recreate these types of dishes.

They offer the same flavours and even textures just without the meat.

Here is a selection of vegan alternatives to your favourite Indian dishes. 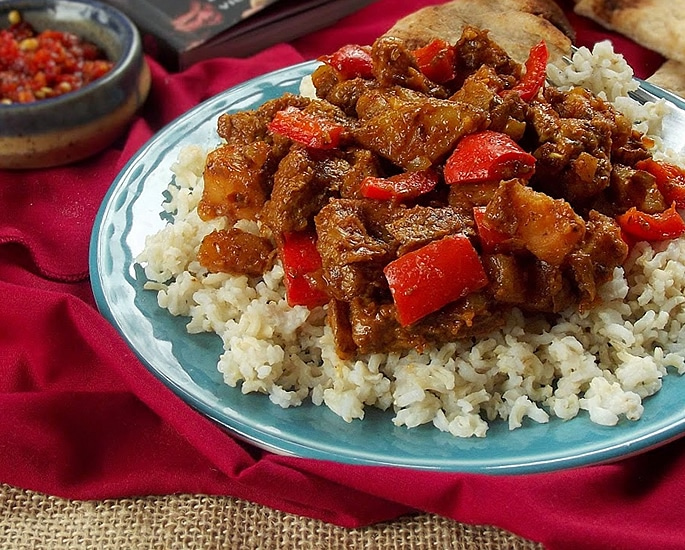 Vindaloo is one of the spiciest curries around this vegan version is no exception.

Seitan may be unfamiliar to those who do not follow a vegan diet.

It is made from wheat gluten and it is ideal for this dish as it has a meaty texture and even looks like meat. It is cooked in a spicy and tangy tomato-based curry.

The result is a flavourful and filling vegan meal.

While seitan is an ideal substitute for vegans, it is not suitable for those with coeliac disease given that it is made from wheat gluten.

For the Vindaloo Paste

This recipe was adapted from One Green Planet. 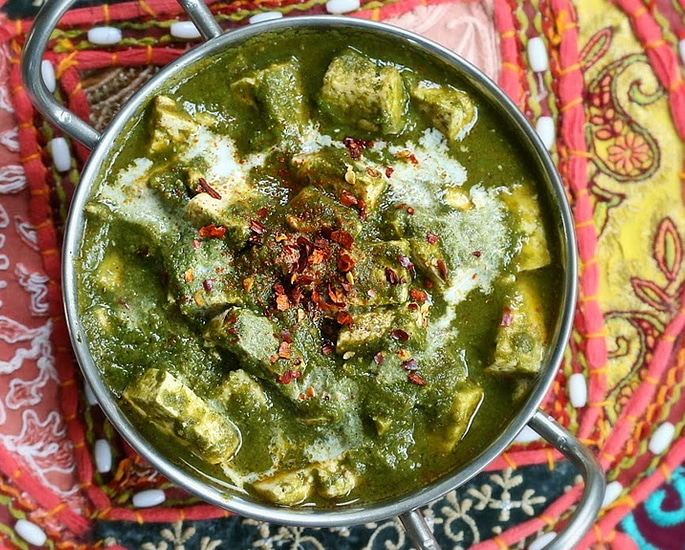 Palak paneer is a popular dish among vegetarians, however, this dish is the vegan alternative.

Typically, tofu is not used a lot within South Asian cooking but the growing trend of veganism has seen the ingredient being used more and more.

When incorporated into this dish, it has a similar texture to paneer and as it is cooked with various spices, vegans will hardly taste the difference.

What makes it even more appealing is that it is an excellent source of calcium and iron.

It also has more fibre, magnesium, zinc and folate than paneer and meat products.

For the Spinach Curry 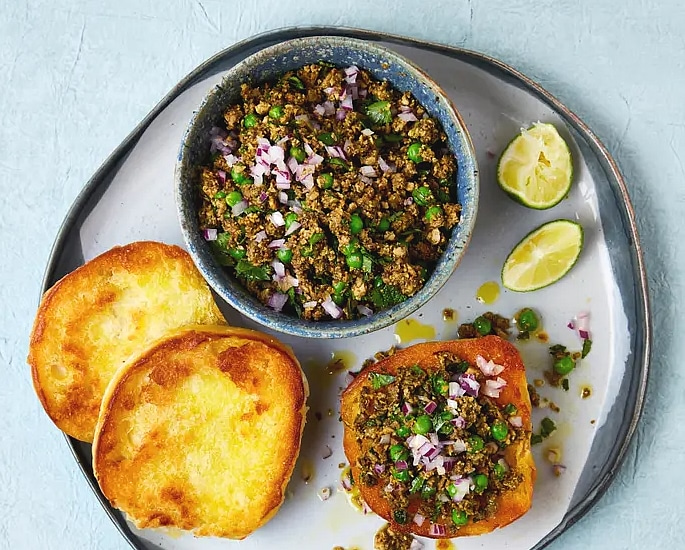 In Indian cuisine, keema is usually associated with any type of minced meat. However, in this vegan alternative, it is the mushrooms which provide the meatiness.

Chestnut mushrooms have a dense, meaty texture when they are cooked and it is these that are used in this dish.

They are cooked with tofu and almonds as their protein content alone is low.

Mushrooms are a popular choice as a substitute for meat but, as mentioned, they have nowhere near enough protein as meat.

The finished dish looks very similar to the meat version of keema sabzi made with peas.

This recipe was inspired by Meera Sodha. 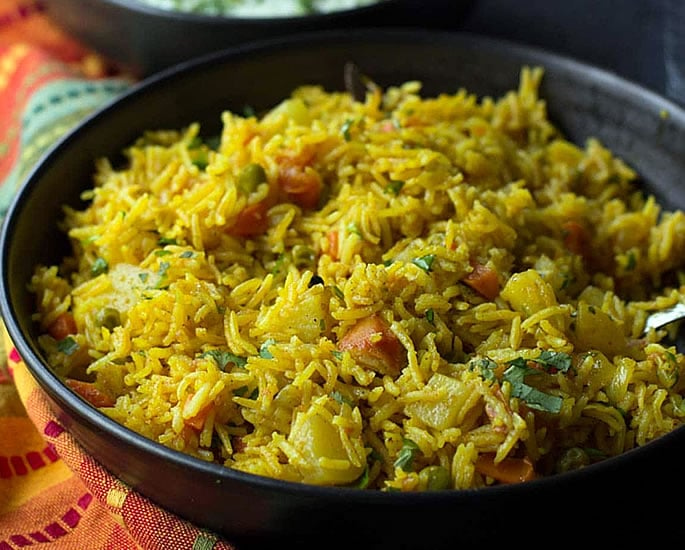 Biryani has had a long history as it highlights classical South Asian cuisine and is a speciality all over the Indian subcontinent and across the world.

There are different types of biryani which contain chicken or lamb but a mixed vegetable one is a perfect alternative for vegans.

It will still take centre stage on any table it is served on.

It can be made using a variety of vegetables and the dish is packed full of flavoursome spices. You can use whatever vegetables you like when preparing the meal.

Compared to the meat version, this alternative is quicker to make as the vegetables do not require prior marination. Each vegetable provides its own flavours which are enhanced by the spices.

It is ideal alongside a vegan curry or condiment.

This recipe was adapted by NDTV Food. 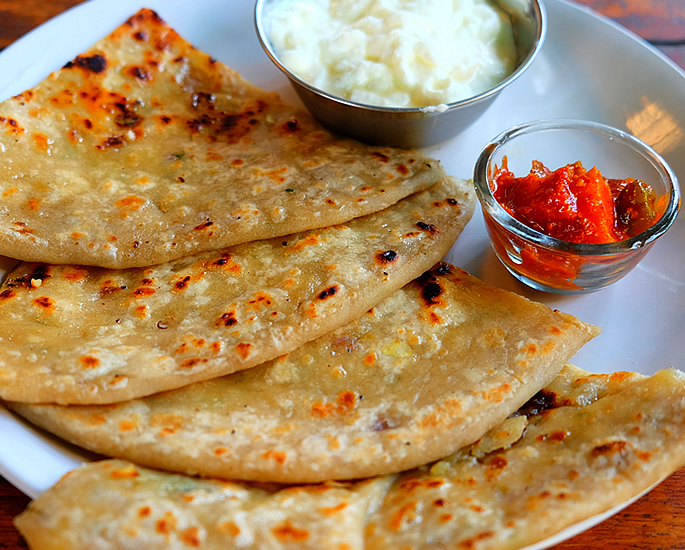 Parathas are known as one of the most popular types of bread within Indian cuisine.

They are filled with various ingredients such as minced meat, however, fillings like potato and cauliflower are great vegan alternatives.

They follow the same cooking preparation as regular parathas.

The dough is formed and divided before the filling is incorporated. It is then placed on a griddle and cooked until golden.

The result is a delicious accompaniment to a main meal or a tasty snack.

This particular recipe is made with Quorn Meat, a popular substitute among vegetarians and vegans.

These are a selection of recipes which are suitable for vegans.

These vegan alternatives ensure that no one misses out when it comes to enjoying some of the most popular dishes within Indian cuisine.

Many of these are fairly simple to make so what are you waiting for, try them out!

Dhiren is a journalism graduate with a passion for gaming, watching films and sports. He also enjoys cooking from time to time. His motto is to “Live life one day at a time.”
Couple open Indian Takeaway in Back Garden
TV Chef Tony Singh shows support for Farmers’ Protest