Indian cuisine has a wide spectrum depending on the region. North Indian food is one of the most enjoyed and here are seven popular dishes to make.

When it comes to food in India, there are two main cuisines: North Indian and South Indian.

While South Indian food features mostly vegetarian dishes, North Indian food has quite a few chicken and meat dishes which are cooked in an intensely flavoured sauce.

It is these flavour combinations which make them so popular throughout the country and across the world.

Compared to other Indian cuisines, North Indian food is richer. This is because a number of dishes are made using ghee or cream.

Some dishes may be time-consuming but that first mouthful will prove that it was worthwhile.

There is a range of delicious North Indian dishes so here is a selection of some of the most popular ones which you can make yourself. 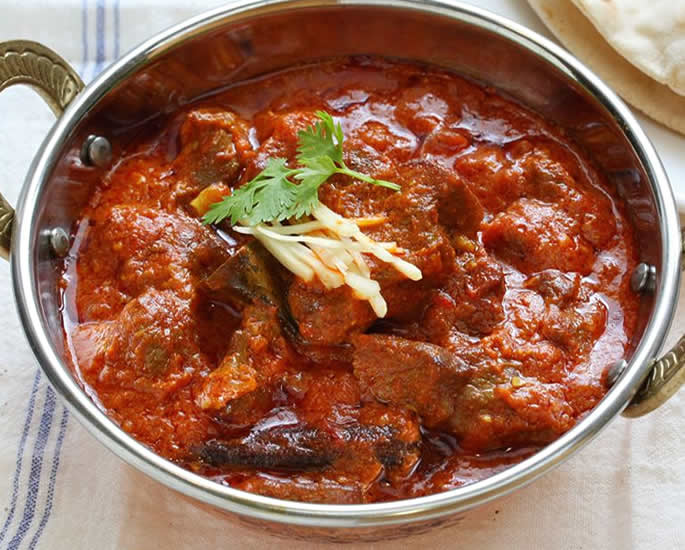 The delicious Rogan Josh is one of the best curries and easiest to try. Originated in Kashmir, this North Indian dish has a unique blend of spices which make it a must-try.

The first thing which hits you is the aroma of the spices used to cook the meat.

When considering the meat, the lamb is extremely tender and it soaks up the rich sauce to give it a burst of flavour.

It is a mouthwatering dish and this authentic recipe will show why it is such a favourite in the North of India. 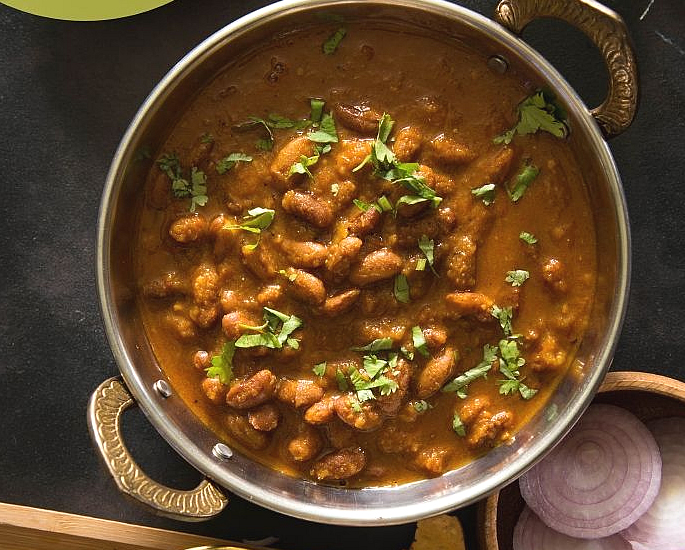 Rajma chawal is a popular vegetarian option within North Indian cuisine, especially in the Punjab region.

It is a wholesome dish which is perfect alongside steamed rice or roti. The kidney beans are slow-cooked in a simmering sauce so that every bean absorbs the flavours.

The meal is also ideal for health-conscious people as it is rich in iron and protein. 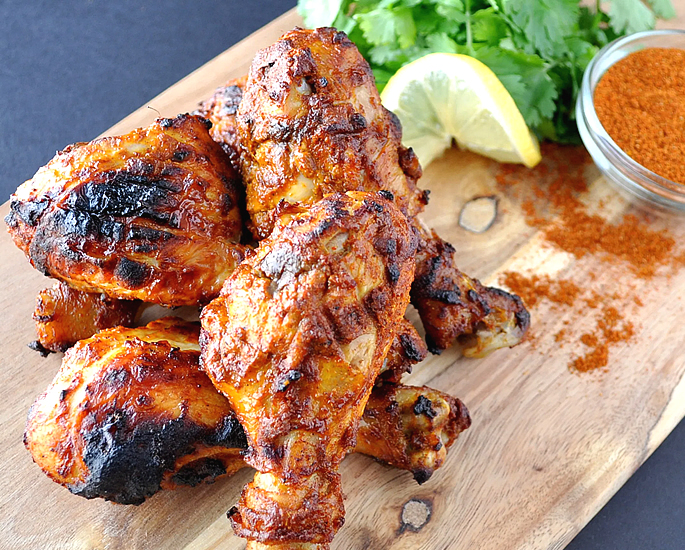 Tandoori chicken is one of the most popular North Indian dishes, having originated in Punjab.

It was traditionally cooked at high temperatures in tandoors. The chicken would come out extremely tender, locking in the intense flavours of the spices. A smoky flavour was also prominent.

However, many homes did not have tandoors but as time went on, creating tandoori chicken in an oven still achieves a similar result. 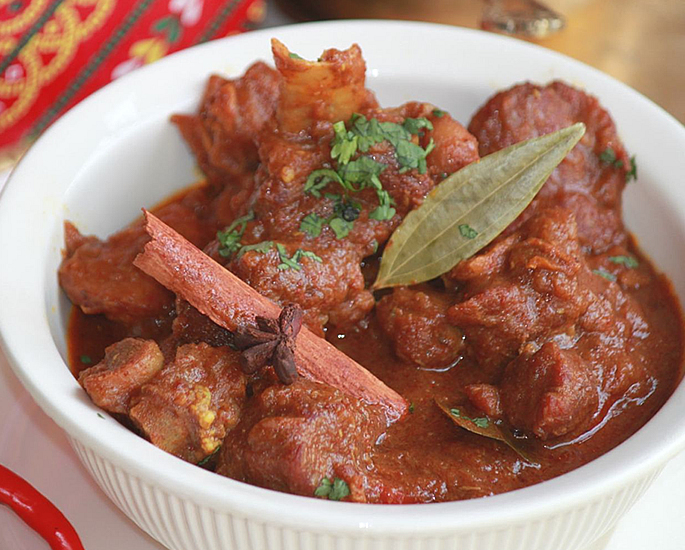 Nihari gosht is a dish fit for royalty. Developed in Old Delhi, this traditional meat dish was typically eaten by Mughal noblemen.

It is a slow-cooked stew where the meat is cooked on low heat for several hours.

The result is tender meat which just falls apart. It is a dish where lamb on the bone and boneless meat can be used.

Originating in the North West of the country, chole bhature is a staple within North Indian cuisine.

It is a spiced chickpea curry served with a soft deep-fried bread, also known as bhature. It is then typically served with onions.

This is a filling dish and its popularity has seen it all over the country. It is even a popular street food option.

This recipe was adapted from My Ginger Garlic Kitchen. 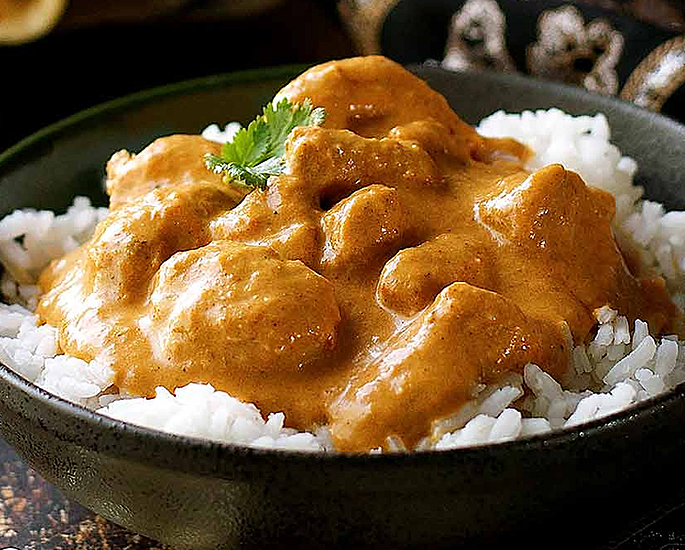 Butter chicken is hugely popular within Indian cuisine as it is pieces of tender, smoky tandoori chicken cooked in a rich, buttery and spicy sauce.

There are distinct flavours of fenugreek leaves and cream but it is the Kashmiri red chilli powder which gives the sauce it’s recognisable colour.

This recipe calls for the tandoori chicken to be made prior to making butter chicken.

This recipe was inspired by Maunika Gowardhan. 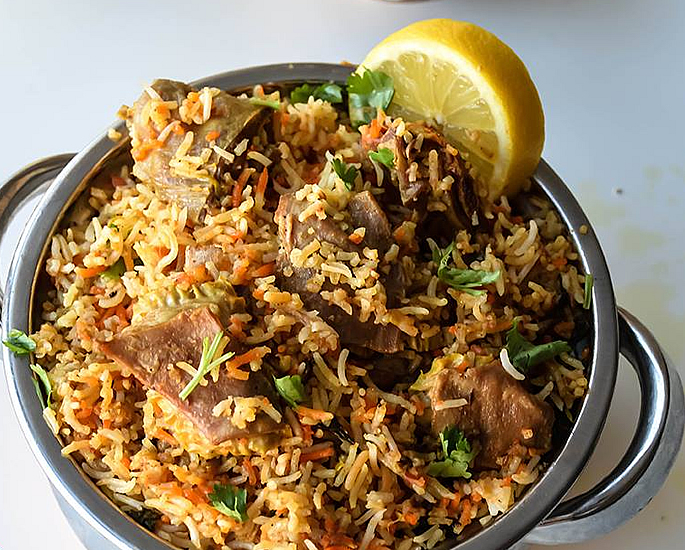 Biryani is a hearty meal option within Indian cuisine and there are different variations depending on the region. Awadhi biryani is popular in the north, specifically in Uttar Pradesh.

There is an infusion of spices and condiments combined with layers of rice and tender pieces of meat or vegetables.

With so many elements, it is no wonder that it was traditionally served to royalty. This particular recipe uses lamb but you can substitute it for chicken or vegetables.

This recipe was adapted from Indian Healthy Recipes.

This selection of popular North Indian dishes will ensure that you will be able to create authentic meals.

All are filled with a plethora of spices which have layers of flavour in every mouthful.

Although these are step-by-step guides, you can adjust the spices so that you can enjoy them to your own taste.

Dhiren is a journalism graduate with a passion for gaming, watching films and sports. He also enjoys cooking from time to time. His motto is to “Live life one day at a time.”
Top 10 Indian Street Food Eateries in the UK
What Ingredients Do You Use to Make a Curry?