US Woman marries Man in India after Facebook Love

An American woman married an Indian man in his home state of Haryana. Their marriage came after a Facebook love lasted over a year.

Sushil eventually decided to propose to her.

An American woman married an Indian man following a Facebook love between the two.

They were married a year and a half after getting to know each other on Facebook.

Sushil had come across Celina’s Facebook profile and decided to send her a friend request. She accepted and the two regularly chatted to one another.

Their friendship gradually turned into a long-distance relationship.

On her relationship with Sushil, Celina explained that she has always admired Indian culture.

Celina chose to have an Indian wedding ceremony as she wanted to experience the process. She said that wedding rituals in America are completely different in India.

She admitted that she has always been impressed with India’s customs that they follow.

Both families saw that the strong love between the two was genuine and have fully welcomed it.

Following their marriage, Sushil’s parents accepted Celina as their daughter-in-law. At the same time, her father is happy that his daughter got married.

Sushil said that after sending a Facebook request, he and Celina chatted constantly.

Their conversations led to a relationship and Sushil eventually decided to propose to her.

Celina comes from a large family. She has four brothers and three sisters. All of them accepted the love marriage with open arms. 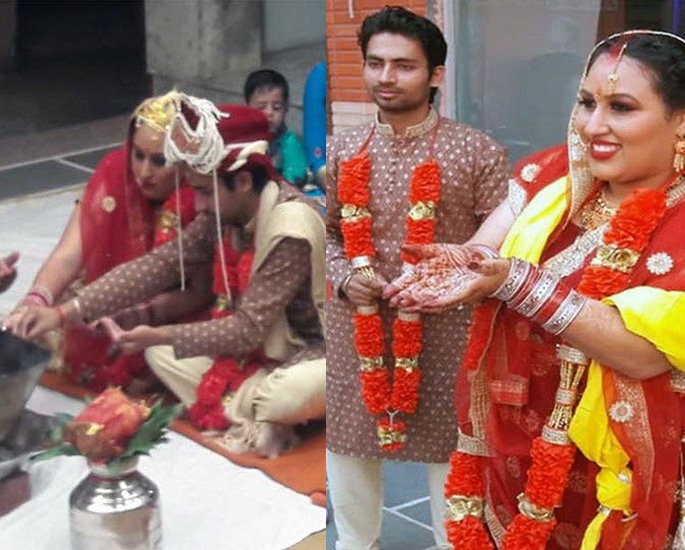 Sushil’s father Ashok came to know about his son’s Facebook love and had given his son his blessing to get married.

He was happy with the love marriage and said that parents should not suppress the feelings of their children.

Instances of long-distance Facebook loves are becoming a growing trend.

In a similar case, an American woman married a Punjabi man after befriending each other on Facebook.

Amini Wollin had sent Pawan Kumar a friend request seven months prior to their marriage. They also exchanged phone numbers. Despite living thousands of miles apart, they would speak to each other for hours.

Their friendship gradually transformed into love and both vowed to live with each other.

Pawan admitted that it was Amini who proposed to him. She had asked him to come to America but he could afford to go. Instead, she went to Amritsar and proposed.

The couple had a traditional wedding and Amini plans to move to Amritsar permanently.

They are also working on communication as Amini does not speak Punjabi while her in-laws cannot speak English.

Dhiren is a journalism graduate with a passion for gaming, watching films and sports. He also enjoys cooking from time to time. His motto is to “Live life one day at a time.”
Husband says Indian Wife stabbed in Sydney was Not Plotted
Bangladeshi Man Shaved Wife’s Head for Finding Hair in Food