A US Indian entrepreneur hired a woman to slap him every time he went on Facebook. His unique story went viral.

"the majority of my time is spent unproductively."

A US Indian entrepreneur’s story has gone viral as he hired a woman off Craigslist to slap him every time he opened Facebook.

Maneesh Sethi is the founder of Pavlok, the wearable devices brand.

All she had to do was sit next to Maneesh and monitor his computer screen while he worked. If he went on Facebook, she was obliged to slap him.

Maneesh’s unique job advert was originally listed in 2012, but it has gone viral in 2021 thanks to Elon Musk.

The Tesla CEO reacted to the story with two fire emojis.

Maneesh then replied: “I’m the guy in this picture.

“Is Elon Musk giving me two emojis the highest I’ll ever reach?

“Is this my Icarus flying too close to the sun moment?

“Was that implied by the fire symbols Elon posted? Time will tell.”

Maneesh explained that he created the job advert in a bid to improve his productivity.

He said: “Having worked mostly alone, on my computer, I found that the majority of my time is spent unproductively.”

The entrepreneur measured his productivity using an app that runs in the background of his computer and measures the amount of time he spends on each website.

“Nothing makes me more embarrassed than seeing the amount of hours I spend wasted on Reddit and Facebook chat.”

He then decided that he needed “someone to make him work” and to stop him from procrastinating.

In the job advert, he had written:

“When I am wasting time, you’ll have to yell at me or if need be, slap me.”

After hiring Kara, he discovered that his productivity had skyrocketed. He credited Kara for slapping him whenever he went on Facebook.

He revealed: “My average productivity runs around 35-40% on most days.

“When Kara sat next to me, my productivity skyrocketed to 98%.”

Maneesh also claimed that he found an alternative to hiring someone to ‘increase’ productivity.

He tweeted: “And in the off chance anyone sees this, I founded a wearable device company to change habits based on this experiment.

“Pavlok. Wearable device that delivers an electric zap and positive sensations to reward good habits and break bad ones.” 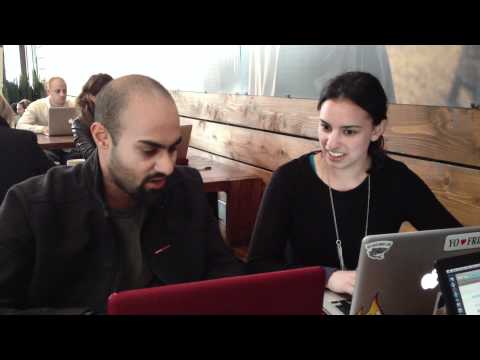 Dhiren is a journalism graduate with a passion for gaming, watching films and sports. He also enjoys cooking from time to time. His motto is to “Live life one day at a time.”
HSBC Managers stole £1m from Wealthy Customers’ Accounts
‘Dominating’ Man convicted of stabbing Wife 18 Times