The Co-Founder and Media Manager of the Asian Media Awards, Umbreen Ali, has sadly passed away at the age of 45.

"She helped to establish the Asian Media Awards in 2013"

Tributes are pouring in for Asian Media Awards (AMA) Co-Founder Umbreen Ali who has passed away at the age of 45.

The mother-of-three died on December 3, 2020, following treatment for a rare form of cancer for which she was diagnosed with in June 2019.

On December 5, 2020, Umbreen was buried in Dublin, Ireland where she resided.

Her untimely passing comes as a shock to everyone within media and showbiz fraternity.

Umbreen was best known for Co-Founding the annual Asian Media Awards, which has been recognising British Asian media talent since 2013.

In a statement, the AMA said: “Everyone who ever met Umbreen will forever remember a person who was humble, deeply modest, honest and sincere in all her dealings.

“It was an ethos on which she helped to launch this event and we do hope that we have in some way to have relayed these qualities to others.

“She helped to establish the Asian Media Awards in 2013 and hosted every one of our Shortlist Announcements and launch events.

“She was also the first point of call for every finalist, winner and guest to the events for the past eight years.

“A talented journalist, columnist and feature writer, Umbreen will also be remembered for assisting a number of community groups and charities who would not normally have been able to avail to such services.” 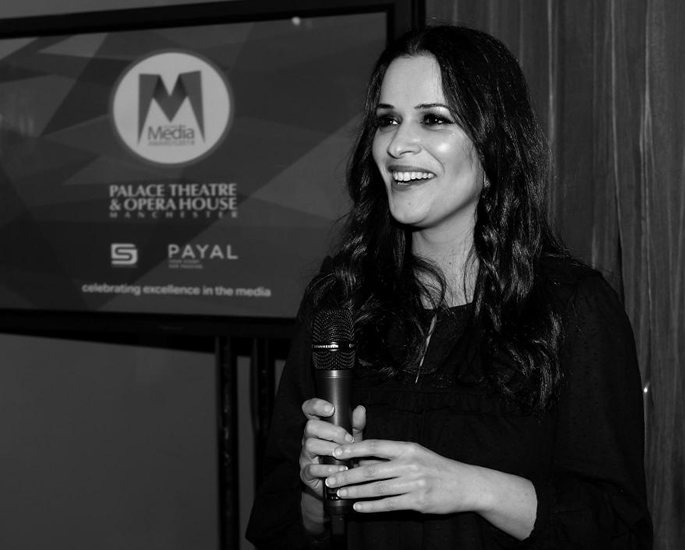 Not only was Umbreen the Co-Founder and Media Manager of the AMAs but she was also a talented journalist and writer, having regularly written for Asian Life magazine, The Asian Image and The Lancashire Telegraph.

Umbreen had a mesmerising personality and always on point in all her work. She was very friendly, welcoming and supportive.

People from the world of journalism and broadcasting paid tribute to Umbreen and her efforts in establishing the AMAs.

“Umbreen will always be remembered as a kind and warmhearted person, she would always have a smile on her face when we met and she will be greatly missed.

“We at DESIblitz wish her family our deepest condolences.”

“Umbreen was a remarkable and thoroughly professional individual whose life and career had a positive impact in many ways.

“Her excellent organisation and hospitality at the Asian Media Awards will be forever remembered. We extend our heartfelt condolences to her family.”

Pedro Carvalho, Managing Director of FNIK PR who was one of the judges for the inaugural edition, expressed:

“Umbreen was a wonderful woman and she was amazingly funny too.”

“She challenged me to make a cake without eggs.

“I’m still working on it but this was her last message and why she was a wonderful human being even when the chips were down, ‘Thanks Pedro, I’m right in the middle of treatment at the moment. My stem cell transplant is on October 16, so not long to go. After this whole ordeal, I will be asking you for a full-fat, creamy, extra sugary cake! It will be well deserved!’ May she rest in peace.”

While her death has shocked the media fraternity, Umbreen Ali has left a brilliant legacy that will continue to prosper in the years to come.

Others will be inspired and continue to follow what she strived for.

Umbreen is survived by her two sons and daughter, aged 19, 17 and 15 respectively.

DESIblitz extends their deepest condolences to Umbreen’s family during this difficult time.

Dhiren is a journalism graduate with a passion for gaming, watching films and sports. He also enjoys cooking from time to time. His motto is to “Live life one day at a time.”
Jyoti Guptara talks ‘Business Storytelling From Hype To Hack’
UK’s Vic Sethi offers Kangana £1k to Farm with Mahinder Kaur