‘Thirsty Suitors’ is a new game that has the protagonist battling against her ex-partners whilst incorporating Indian culture.

she is met with all her exes

From developer Outerloop Games and publisher Annapurna Interactive comes Thirsty Suitors, an indie game that centres itself on Indian culture and relationships.

The game sees players take control of Jala, a young woman who has just been kicked out of her apartment after a fight with her now ex-partner.

With nowhere else to go, she takes the bus back to her hometown of Timber Hills to move back in with her parents.

During her journey, she takes a dating personality quiz called ‘What’s Your Thirstona?’

When she returns to her hometown, she is met with all her exes who want to either fight with her or get back with her.

Throughout the game, Jala must handle her demanding parents, reconcile with her exes, and mend broken friendships in time for her sister’s wedding, all before the impending visit of the family’s terrifying and judgmental matriarch, Paati.

There is also a unique mood system that allows players to take advantage of enemy vulnerabilities depending on their emotions.

Your exes can manifest their inflated egos into alternate realities, where they reign supreme as the exaggerated versions of their self-perceptions.

Thankfully, you knock them down a peg by enlisting the help of family members as if they were Final Fantasy summons, such as a giant version of Jala’s mother dishing out significant damage.

Battles do not conclude with a knockout. Instead, Jala and her ex work out their issues.

Outside of battles, Jala can enjoy skateboarding. Certain segments allow Jala to skate and grind rails, build combos, and execute stunts to build up a score.

Another gameplay feature involves Jala cooking up delicious Desi dishes with her mother.

It is an intriguing game that combines over-the-top RPG action with Indian culture.

A demo has been released on Steam.

Thirsty Suitors has only been confirmed for PC so far and it currently has no release window. 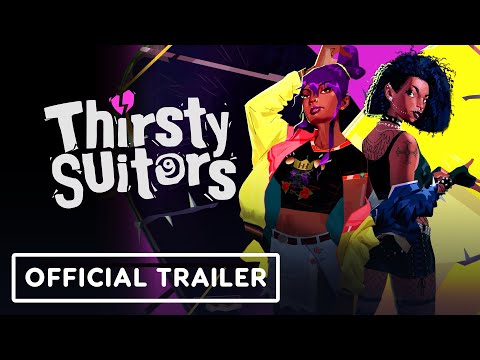 Dhiren is a journalism graduate with a passion for gaming, watching films and sports. He also enjoys cooking from time to time. His motto is to “Live life one day at a time.”
7 Best Smartphones in India of 2022 (So Far)
7 Mobile Games banned in India