Shakespeare takes a scientific turn with a unique performance that sees audience members monitored according to their emotional reaction to a performance on stage. An unusual concept, Conducting Shakespeare is a revolutionary way to experience the best of the Bard live.

"Shakespeare always attempted to be in control of his audience's emotions, manipulating their responses to his works."

A new innovative idea has turned the plays of Shakespeare into a scientific experiment. Conducting Shakespeare is a performance produced by Alexis Kirke and Peter Hinds. Interestingly, the play is fuelled by the audience’s response and reaction to what is happening on stage.

The experiment sees 4 volunteers from a 100 member audience hooked up to a series of bio-sensors that monitor brainwaves, heart rate, perspiration and muscle tension.

As the performance of the actors on stage progresses, the audience’s emotional response will be visible via the sensor. This will, in turn, affect the scenes and performances that follow. Thus technology is relied on to build the emotional arc of the performance. 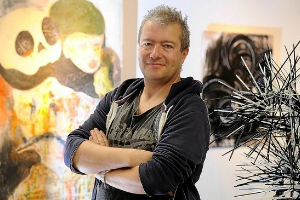 The audience subconsciously becomes an active partaker in what is happening on stage. As the ‘conductor’, producer Alexis Kirke from Plymouth University, will assess these emotional reactions and alter the performance accordingly.

With a range of Shakespeare texts to choose from including, Romeo and Juliet, Macbeth, Hamlet and Titus Andronicus, the 30 minute performance will use multiple play excerpts and scenes, that will eventually evolve into a new and original ‘remix’ of Shakespeare.

Kirke explains: “Shakespeare always attempted to be in control of his audience’s emotions, manipulating both their mental and physical responses to his works.

“In essence, this is a natural extension of that but turns the tables somewhat in that the audience — consciously or subconsciously — will be the ones influencing the performance.”

“His writing has a depth and profundity which stirs a range of feelings, but it will be fascinating to see how they can be used to create a new version of his works.”

This innovate concept indirectly puts the audience member in the driver’s seat. They are able to experience Shakespeare freely, and their reactions affect what they see, whether that is comedy, tragedy, romance or fury.

Such an idea is completely revolutionary to the classic theatre setting where the audience is simply a passive spectator, watching what is happening on stage. Here, the audience can build a connection to the characters (acted out by Melanie Heslop and James Mack) on stage, and the Shakespeare excerpts that are delivered.

As Kirke adds: “The challenge will be using constructing a coherent performance from a series of chopped up speeches where I’ve set the constraint of trying to follow through this arousal path. The piece will explore the relationship between the explicit narrative and the emotional narrative.” 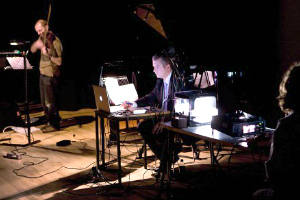 Kirke uses a mathematical model to assess the audience reaction. The ‘Valence-Arousal’ model records emotional and physical responses of a person which then trigger a new scene.

Kirke has adopted this idea from another short film he has written and produced, called Many Worlds. The results of the bio-sensors are fed into a visual language programme known as Max.

Because different individuals induce different reactions, multiple storylines, endings and twists had to be created to allow the story to continue:

“Twice in the script I do a measure of the audiences’ arousal, one at 3 minutes in and one at about 9 minutes and these coincide with key turning points in the story. If you have two turning points you end up with four endings because every branch generated has a turning point,” explains Kirke.

Kirke is fascinated by how art and emotion coincides, and how even a classic like Shakespeare can still engage audiences today: 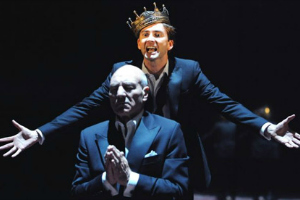 “When watching people like David Tennant, Sir Patrick Stewart and Dame Judi Dench playing the classic Shakespeare roles, I am always struck by how utterly engaged you become in the experience.

“Your whole mind and body are in thrall to almost every word, and it is hard to put into words precisely what you are feeling. Biology can perhaps allow us to view that dramatic experience, and contribute to it, in a way that words cannot,” he adds.

Conducting Shakespeare offers a new and refreshing way to enjoy both the Bard and theatre. By reinventing Shakespeare’s works into something new and original, it is possible that theatre and the arts can engage and entice a wider audience, who are intrigued by the science of Shakespeare. Imagine a theatre in India using the same concept, or even British Asian plays performed here?

When it comes to other art forms, like film and cinema, innovative technology has revolutionised how audiences sit and experience art on screen. The same can now be said for theatre and literature, where audience interaction can encourage modern audiences to enjoy theatre from all walks of life.

The one-off performance of Conducting Shakespeare will take place at London’s V&A on May 2nd.

Aisha is an editor and a creative writer. Her passions include music, theatre, art and reading. Her motto is “Life is too short, so eat dessert first!”
World Book Night 2014
Spoken Word Artist Mizan the Poet