The Best and Most Popular Dating Apps in Pakistan

When it comes dating in Pakistan, dating apps are the way to go in the modern-day. We look at some of the most popular apps in the country.

"One app may lack one feature while the other may not"

Dating apps are everywhere in the world. No matter what the social values are in any country, dating apps are very popular for many reasons.

It is not just about finding a date or hooking up with someone. It can also be an opportunity to find someone who you can spend time with and have a serious relationship.

Every dating app has its unique perks.

Every app attracts the user by offering certain features that will keep them engaged.

The design and colour scheme is also very important. App developers have to give thought to it because first impressions are everything.

But those who are serious into dating would know not just the mechanics of the app, but also how to use it more effectively.

In simple words, dating apps in 2019 is a serious thing to consider if you are looking for love or just a casual relationship.

We look at some of the most popular dating apps in Pakistan as well as the experiences of users in the country. 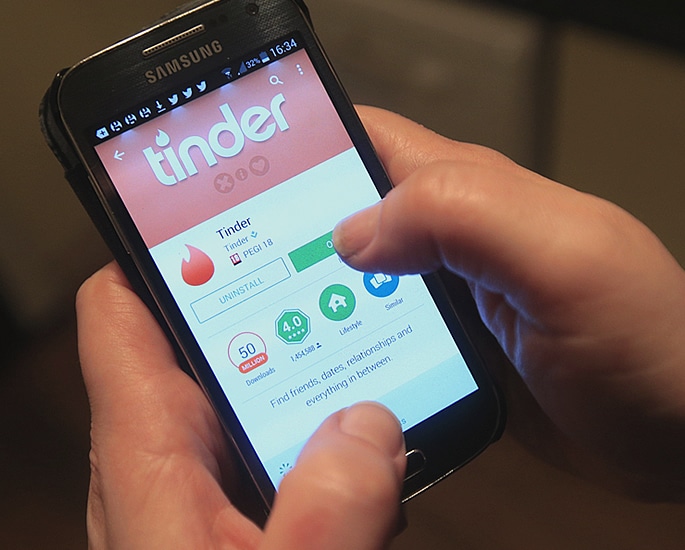 Tinder is one of the most widely used dating apps and one of its most fascinating aspects is that it has a very simplistic design.

It is one of those things that attract users to the app and keeps them there without any complications.

Like most popular dating apps, Tinder is about swiping left or right depending on whether you like the look of the person or not.

However, you cannot like everyone. There is a limit on how many people you can swipe right for, hence the 12-hour break.

The break can be removed with the inclusion of in-app purchases. Other additional features can also let you expand the location.

Tinder allows people to find dates based on their location meaning that the person you like may only live a few miles away.

The combination of design and features is why it is so popular in Pakistan and other parts of the world. 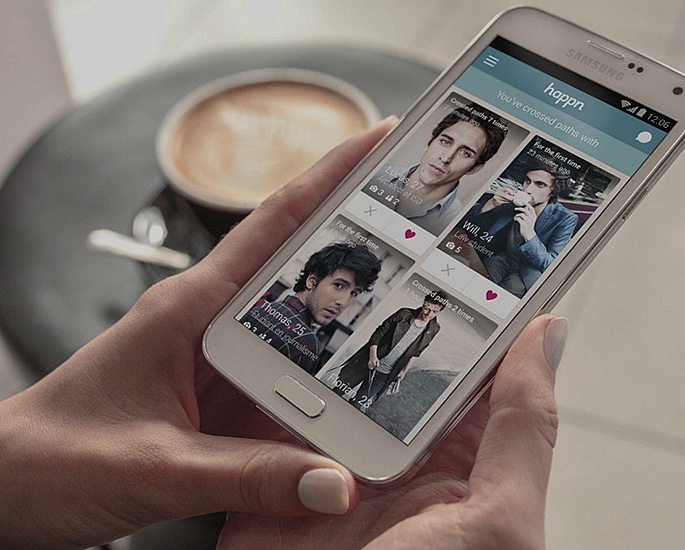 Happn follows a similar formula to Tinder; swipe left to reject, swipe right to like.

But one unique feature is that it lets the user know how many people are in the area who use the app.

Happn lets you see how many people are available nearby who happen to be on the app and are looking for people to meet and date.

If you fancy someone you can always say ‘Hi’ at the cost of one credit. This app works using credits, which are renewed daily.

If you want to access other features like seeking partners outside your area, you can always purchase more credits.

While using Happn, one thing is that it guarantees privacy. A person’s location cannot be traced when using Happn.

Their personal information also cannot be accessed. The profile picture and display name are the only things available.

What makes this app sweet is the Crossing Path feature.

What if you and someone you fancy have the app?

If you two are within a range of certain distance, the app lets you know that you two have crossed paths.

And again, the app does not and will never reveal the precise location of anyone. Not only does it ensure privacy but it also provides a thrill for people who fancy each other. 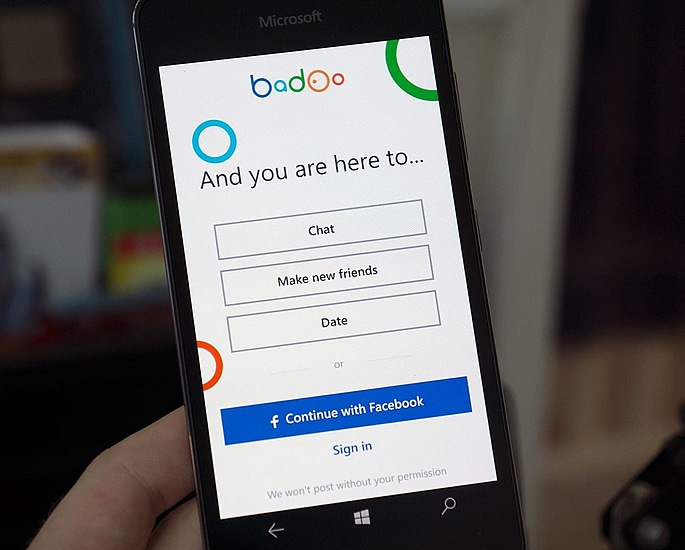 Badoo can be considered an experience rather than just a dating app.

The same formula applies that which has been said for Happn and Tinder, but the real show begins once the individuals have come across each other and liked.

For instance, if you have liked someone and are not sure about your choice, you can always ignore them.

But if they desperately want your attention, it can get on your nerves.

Badoo makes sure that a maximum of two messages can be sent until the user responds. That way, any pestering is prevented.

This means that when the conversation finally starts, the user can feel confident and choose to send photos, make video calls or send messages.

Badoo lets people share their presence by being offline or online. Users can still like or dislike people when they are offline.

There is also a fantastic option of broadcasting yourself where you can find others sharing your interests.

It is a unique app which has become very popular in Pakistan.

Getting to know the features of the app is barely half the problem. It all comes down to the usage of the app and its ability to ensure privacy to their users.

Furthermore, the app will be judged by a variety of social phenomena, such as involving the question of gender, sexuality, and verification of users.

But above all, can dating apps be secure enough for people without letting them compromise on their privacy?

Uzma is a 29-year-old photographer who is transgender. During her experience of dating apps, each one had something more to offer than the other.

She believes that one should be open enough to share their identity without any sense of insecurity.

Uzma said: “One app may lack one feature while the other may not, but it has to be compromised.”

As a bisexual, she has met many women and fewer men through Tinder. But Uzma prefers Badoo because of the wide range of features such as video call and photos in the conversation.

“I personally don’t think that the bias people have for transgenders has anything to do with the app. It’s a social trait and I don’t think I can attribute that to the app.”

She admits that she has been harassed and received inappropriate messages from those she had an interest in.

“As I said, it has nothing to do with the app. It’s the social attitude and I don’t think the app is responsible for people being mean.”

“I honestly cannot tell what I really want but dating apps are attractive. I mean there are lots of women who have this magnetic personality and are very hot!”

But for him, it is not about no strings attached. He believes that sometimes it is unfair that dating apps allow so little closure that one cannot get to know the other person.

He thinks that just seeing the photos sometimes is not enough.

“If you really like someone and they give it back, I don’t see why we should have boundaries.”

He has used Happn for almost six months and has hooked up with a couple of women, but he could not find that “commitment” persona that he is after.

According to Luqman, Badoo offers a lot of features but most of the women are found either on Happn or Tinder.

When asked if getting serious through a dating app is possible, he responded: “Its the internet so you can expect anything to happen. Getting a relationship is not a biggie.”

He further added: “I haven’t gotten lucky yet. With those I got hooked up with, they were attractive but I don’t think they wanted to be with me for long.”

Luqman thinks dating apps often promote the idea of “here for a good time, not a long time.”

He feels that if dating apps can promote finding true love, he might get lucky and find his soul mate one day.

Shiza is 27 years old and is a PhD student. She believes that dating apps are nothing more than just a constant loop of toxic people, to which she gravitates to every once in a while.

She jokingly referred to the bot profiles as far more attractive than any male or female profile.

Shiza stated: “It’s just sad that they’re not real but they’re so sexy, you just can’t let them go!”

She refuses to believe that it is possible to completely verify yourself on any dating platform.

As a Computer Science graduate, she is aware of the fact of how people alter their details on dating apps to gain more attention.

Shiza explained the ease of changing details: “Stock photos, fake Facebook profiles, phone numbers, emails, it’s 2019, and getting all that done is not difficult.”

When asked if she has found any luck on dating apps, Shiza responded:

“I have met a handful of good people, both men and women from just about every dating website.”

She thinks dating apps can help find a long term relationship but it depends on the users’ intentions. For her, she believes it is a bit complicated.

Shiza explained that she wants to invest herself in a relationship but she often ends up getting attracted to more than one individual, therefore, ruining her chances of a relationship.

For Shiza, it’s not just her attitude.

“Dating apps should be more than just people hooking up together. It should be friendly enough for people to repair their attitudes and mood.” 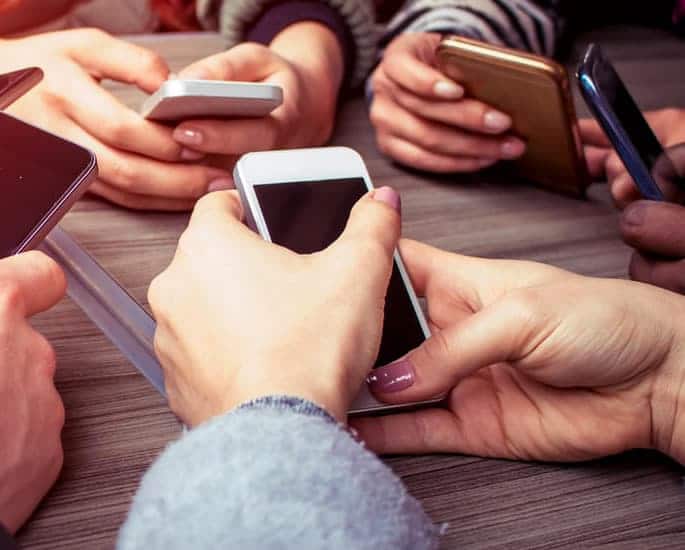 Dating apps are always going to be different from one another to appeal to different preferences.

There is no doubt that every dating app shares similar motives, but to achieve that, there are limitless possibilities.

For instance, on Tinder, it is not possible to send photos or videos, it is just GIFs and text.

The only way to extend communication and get closer is by exchanging phone numbers, email, or Facebook accounts.

When using Happn, there is always a chance. Fulfilling that chance is a different subject to discuss but the chances are always there.

Of course, keeping the location of the users hidden has always been a priority for the app developers regardless of the platform.

On Badoo, one can be aware of the online presence, as long as the person in whom they are interested shares their presence.

Conversations are a lot more interactive on Badoo than the other apps, not to mention free of any hassles.

In reality, dating apps run on chances and probability, but the idea behind the ethics of dating and getting to know someone must also be catered by the apps.

Anything can indeed be possible on the internet, as far as the age of smartphones go.

However, the attitude towards dating in Pakistan will need to evolve, especially if we are serious about dating apps.

In a country like Pakistan where dating is frowned upon, dating apps cannot be restricted. Getting attracted to someone is only natural and dating apps allow that to flourish.

Z. F. Hassan is an independent writer. He enjoys reading and writing on history, philosophy, art, and technology. His motto is “Live your life or someone else will live it”.
What to expect from Star Wars Jedi: Fallen Order
Should you Trust FaceApp with your Photos?