Technology changing the Face of Football

Football goal-line technology has been unveiled globally with the introduction of Hawk-Eye’s Goal Decision System (GDS). DESIblitz assess how companies like Adidas and Prozone have taken football technology to a new level.

"The most important thing in football is a goal - was it scored or wasn't it?"

Hawk-Eye’s Goal Decision System (GDS) has been the most talked about technology in football in recent times. This comes after years of frustration from the football fraternity, worldwide.

Goal-line technology (GLT) is now growing in force and popularity. There have been many high profile incidents where referees failed to reward a legitimate goal.

For example Frank Lampard’s (England) shot clearly crossed the line against arch rivals Germany during the 2010 FIFA World Cup finals, but Uruguayan referee Jorge Larrionda disallowed the goal because he felt it was inconclusive.

This was a decision that changed football forever. With all the outrage, football authorities finally dropped their opposition to change. 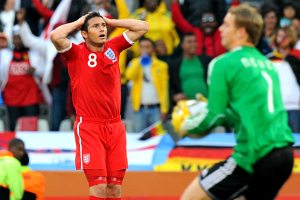 This in particular forced the International Football Association Board (IFAB) to reconsider their original refusal to introduce GLT into the game.

Besides Hawk-Eye, the IFAB has also approved GoalRef and Cairos as technological systems for use in the professional game.

Hawk-Eye’s Goal Decision System (GDS) is now being rolled out globally after a number of successful trials.

Last season alone, there were thirty-one occasions in the Premier League that could have benefitted from the use of Hawk-Eye. The Premier League were the first professional league in the world to have ushered in a technological revolution. Hawk Eye won the lucrative contract for the 2013/2014 season.

Upon selecting the technology, Premier League Chief Executive Richard Scudamore said: “The most important thing in football is a goal – was it scored or wasn’t it?”

“That is what the whole object of the game is and therefore it’s important because we’ve now got the technology and the resources that work, that we’ve been able to introduce it.”

The new GLT was first called upon in the Premier League during Aston Villa’s 3-1 opening day win over Arsenal at the Emirates Stadium. The successful decision was a relief to fans and officials all over England at least. 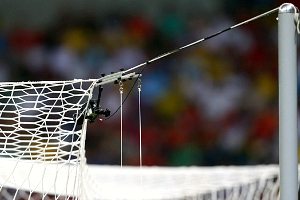 A lot has changed from days gone by. One of the most significant innovations before this was the humble goal net.

The goal net was invented by Civil Engineer John Alexander Brodie from Liverpool, after witnessing a wrongly disallowed Everton goal, which denied them victory against Accrington in 1889.

It was not until 1891 that the English Football Association (FA) successfully trialled and introduced the Everton fan’s net idea.

Back then, footballers weren’t quite the honed athletes they are today. The demands of the game on players require them to live almost robotic lives. Their bodies need to be in prime condition at all times.

Just as important nowadays are the staggering financial investments, making football one of the most well paid sports in the world. With this kind of demand, the need for skill and speed increases. The knock on effect of this is that referees are under even more pressure to get things right. 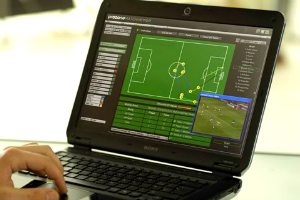 Referees are humans after all and the human eye can only detect about 16 images per second, and the ball at 12 km per hour – or less.

Shots on goal can easily average 70/80 km per hour. Therefore, the ball would have to be over the line for at least 60 milliseconds to humanly judge it a goal.

This becomes impossible if, as is often the case, the ball only crosses for a few milliseconds. The human eye cannot capture this and somebody inevitably suffers.

As welcome as technology is, it comes with the added pressure to work accurately. Prozone has become an increasingly common player performance analysis tool used by coaches and managers. This measures detailed statistics of an individual player’s performance, strengths and weaknesses.

Another exciting addition to technology in football is the imminent arrival of the miCoach Smart Ball, which is produced by Adidas. Due to be released in 2014, this could change the world of football coaching as we know it today.

The miCoach Smart Ball is a football that will measure every kick, every shot and every pass. Not only that, but the results can be relayed back to an iPhone or iPad using Bluetooth technology for instant analysis. 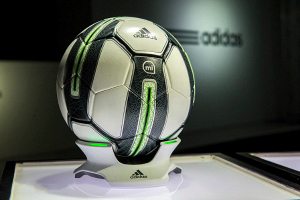 This new age football will contain a spring-mounted sensor in the middle of the ball, which will measure a kick.

The outside of the ball will guide players to pinpoint which part of the ball to strike in order to reach its goal.

Not only will this help players improve their individual skill, but will assist coaches with where to best position their players and decide tactics.

Adidas famously upped the ante in the football boots market many years ago by introducing the Adidas Predator boot. At the time, this was the ultimate boot that added power and bend when striking the ball. This boot was originally designed by former Liverpool Footballer Craig Johnston after retiring from playing football.

If that sounded magical, then the Adidas Nitrocharge 1.0 boot, which provides increased energy, sounds almost mythical.

Some of the best footballers in the world have successfully trialled it with pleasing results. The decisive factor with these boots is that once again technology is assisting players by improving their performance. 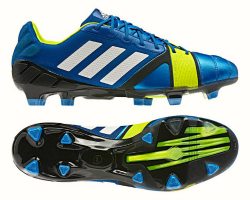 There is an elastic Energypulse outsole with an Energysling element in the upper sole which actually gives energy return with every step.

Energypulse is an elastic material element on the bottom that increases energy output. Energysling is a rubber sling going across the foot harnessing your energy for enhanced shooting and sprinting. Retailing in the region of $200 (£127), it can be a very good investment.

All this technology does however bring up the question of ability. If these new developments assist players in shooting hard, curling the ball, harnessing energy and coaching them on how to kick a ball, then where is the X factor that comes from being gifted at birth? What happens to the talent that players are born with and nurture as they develop?

There could be a danger of ‘average players’ being churned out in bulk because technology makes it so much easier. Technology is more robotic and manufactured, much like Television reality shows that give people their fifteen minutes of fame.

As much as we welcome technology with the ever increasing ‘internet generation’, financial investments and demands for instant success, there may be very little excuse for footballers or teams to perform below par in the future. Technology and money could well be prioritised over hard work, pure pedigree and raw talent.

Rupen has been passionate about writing since childhood. Tanzanian born, Rupen grew up in London and also lived and studied in exotic India and vibrant Liverpool. His motto is: “Think positive and the rest will follow.”
2013 US Open Doubles Winner Leander Paes
Premier League Football 2013/2014 Week 4