Businessmen brothers Malvinder and Shivinder Singh have been arrested and charged with fraudulently diverting nearly $337 million.

Pharmaceutical company bosses Malvinder and Shivinder Singh were arrested on October 10, 2019, for fraudulently diverting nearly $377 million from a lender they controlled.

They were produced before a Delhi court the next day facing the charges.

The brothers operate in the healthcare industry and are one of India’s most prominent families.

Their arrests signalled a new low in the fall of a multi-billion dollar business empire that included India’s leading drug-maker and second-largest hospital chain.

“At the end of the day, karma will catch up.

“Businessmen need to think that economic offences are no longer pardonable. I think that sends a strong signal.”

The arrest of the Singh brothers comes amid to drive to bring offenders of corruption and fraud to justice.

Over the last few years, the Singh brothers lost their major businesses to increasing debt and allegedly fraudulent business practices.

They have also feuded with each other, with Malvinder previously accusing Shivinder and their spiritual guru of defrauding the family holding company. However, Shivinder and the guru have denied the accusations.

“They don’t go after that person to whose doorstep the money leads because he’s heading some great religious organisation.”

He went on to allege that the guru was a beneficiary of the transactions at the heart of the allegations against his client.

Shivinder said: “I want to take this opportunity to cooperate with the investigation. I will follow whatever order the court gives.”

Their arrests followed a complaint made in 2018 by Religare Enterprises Ltd, which is a financial services company that was founded by the Singhs but is under new ownership.

The Singh brothers descended from refugees who fled Pakistan during Partition.

They became internationally recognised when they sold Ranbaxy Laboratories Ltd for $4.6 billion in 2008. It was the company their grandfather founded.

However, their debt continued to increase. 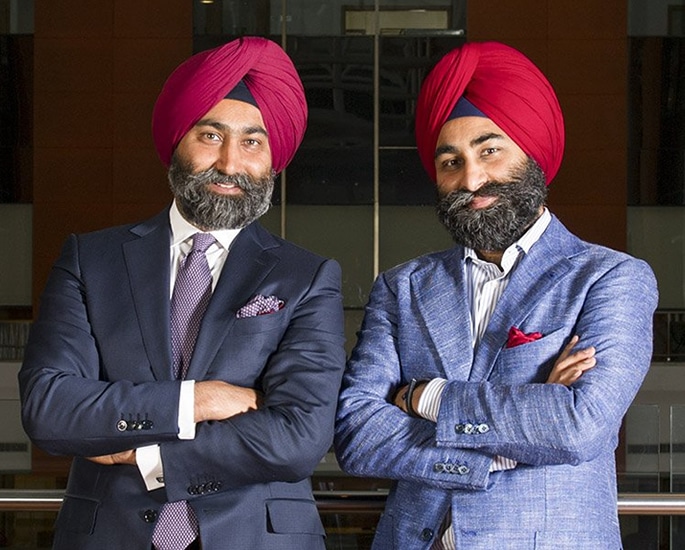 It was discovered that the Singh brothers also financed a property business under the names of relatives of their spiritual guru Gurinder Singh Dhillon.

Some of the money from their listed businesses came in the form of loans.

When combined with other investments gone wrong, it led to a debt that later saw the Singhs lose both their public companies after lenders seized their shares that were put up as collateral.

This came after it was found that the brothers hid information when they sold Ranbaxy to them in 2008.

Daiichi continues to pursue this award while the Singhs are contesting it.

In 2018, India’s market regulator found that they had defrauded their hospital company or approximately $56 million. The brothers were asked to pay it back.

Mr Subramanian added: “Greed got the better of them.

“These allegations have been there for a while and these brothers have been out in the open.”

“I think at the end of the day justice will prevail.”

NDTV reported that the brothers remain in custody until they appear before the court on October 15, 2019.

Dhiren is a journalism graduate with a passion for gaming, watching films and sports. He also enjoys cooking from time to time. His motto is to “Live life one day at a time.”
Russian Woman accuses Indian Cop of Repeated Rape
Euro Garages Brothers could make £5b with Stock Flotation