Sidhu Moosewala’s debut film ‘Moosa Jatt’ is finally set to release in India after numerous delays. He announced the new date on Instagram.

"Moosa Jatt is back with a bang"

Moosa Jatt had initially been denied the appropriate certification from the Central Board of Film Certification (CBFC).

The first song from the film, ‘Jailaan’ was released in September 2021.

The track was written, composed and sung by Sidhu Moosewala.

The trailer was also released and it shows Sidhu comparing his family to tractors. He also calls himself 5911 which is his tractor’s number in reality.

Anticipation for Sidhu’s debut film increased when songs from the film and the official trailer were released.

However, the censor board had other plans.

Moosa Jatt faced a censor from the Central Board of Film Certification which barred it from releasing in India on the initial date.

Fans were left disappointed upon learning of the announcement that the release date was postponed.

Upon hearing the news of the film’s release being delayed, fans flocked to social media to share their opinions.

Many netizens blamed the Moosa Jatt team, and Sidhu himself.

Since then, the legal battle continued in India.

Producer Rrupaali Gupta shared the news on Instagram with a poster and a video mentioning the new release date.

On October 5, 2021, Sidhu took to his Instagram Story to also share the latest poster for Moosa Jatt.

During an Instagram Live in September 2021, Sidhu provided an insight into the film.

He revealed that the film is based on the life of a farmer.

As revealed by Sidhu in the live session, the film will be farmer-centric, highlighting the hardships faced by farmers in their lives.

Aside from the delay in India, Moosa Jatt made its worldwide theatrical release on October 1, 2021.

Meanwhile, it was recently announced that the film will be released on the Punjabi OTT platform Chaupal.

She will play a love interest alongside Sidhu in the film.

He disappointed fans after revealing that the heavily rumoured Moosetape Deluxe would not be releasing.

However, he stated that new music is on the way.

Sidhu explained that once Moosa Jatt is released, a long list of singles will also be released.

Watch the Trailer for Moosa Jatt 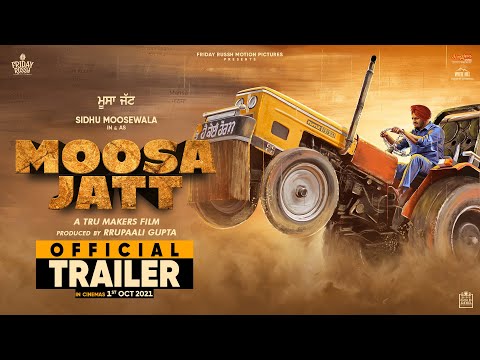 Ravinder is a Journalism BA graduate. She has a strong passion for all things fashion, beauty, and lifestyle. She also likes to watch films, read books and travel.
Bharti reacts to Trolls saying Husband ‘Piggybacking’ on Fame
Shamita Shetty’s Mum slams Karan Kundrra for ‘aunty’ remark